The day was perfect. I can count each of the sparse white clouds that roll over the blue sky in the heat of the afternoon. 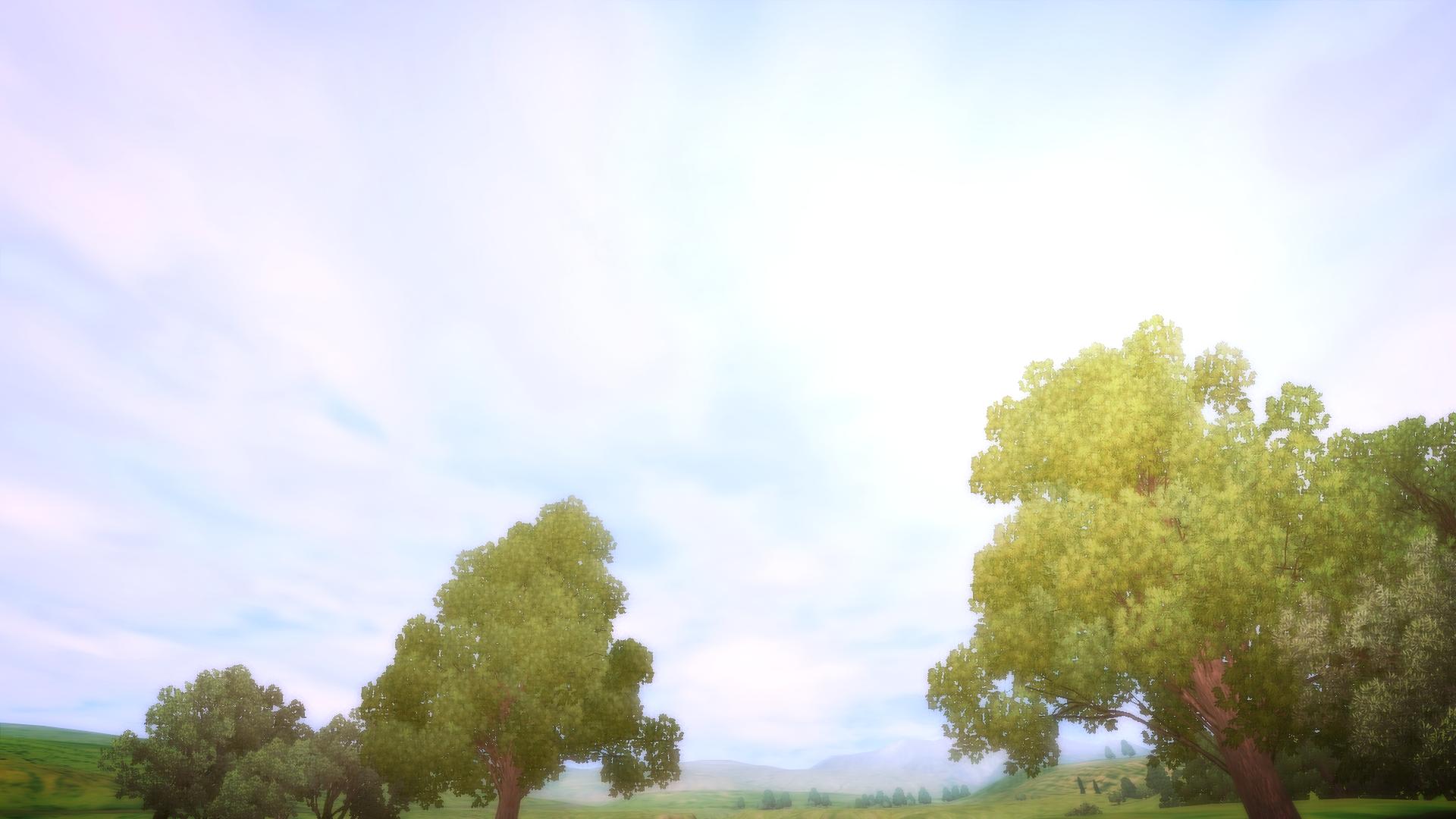 “Did you get one more?” His voice calls me to look at him curiously. Jack is staring at me inquisitively. His perfect brown eyes squinting slightly in the way he does when he thinks too hard.
“Did I get more? What are you talking about? You’re being silly, Jack.” I laugh. Yes, I laugh a lot when I’m around Jack. That feels normal; it feels right. 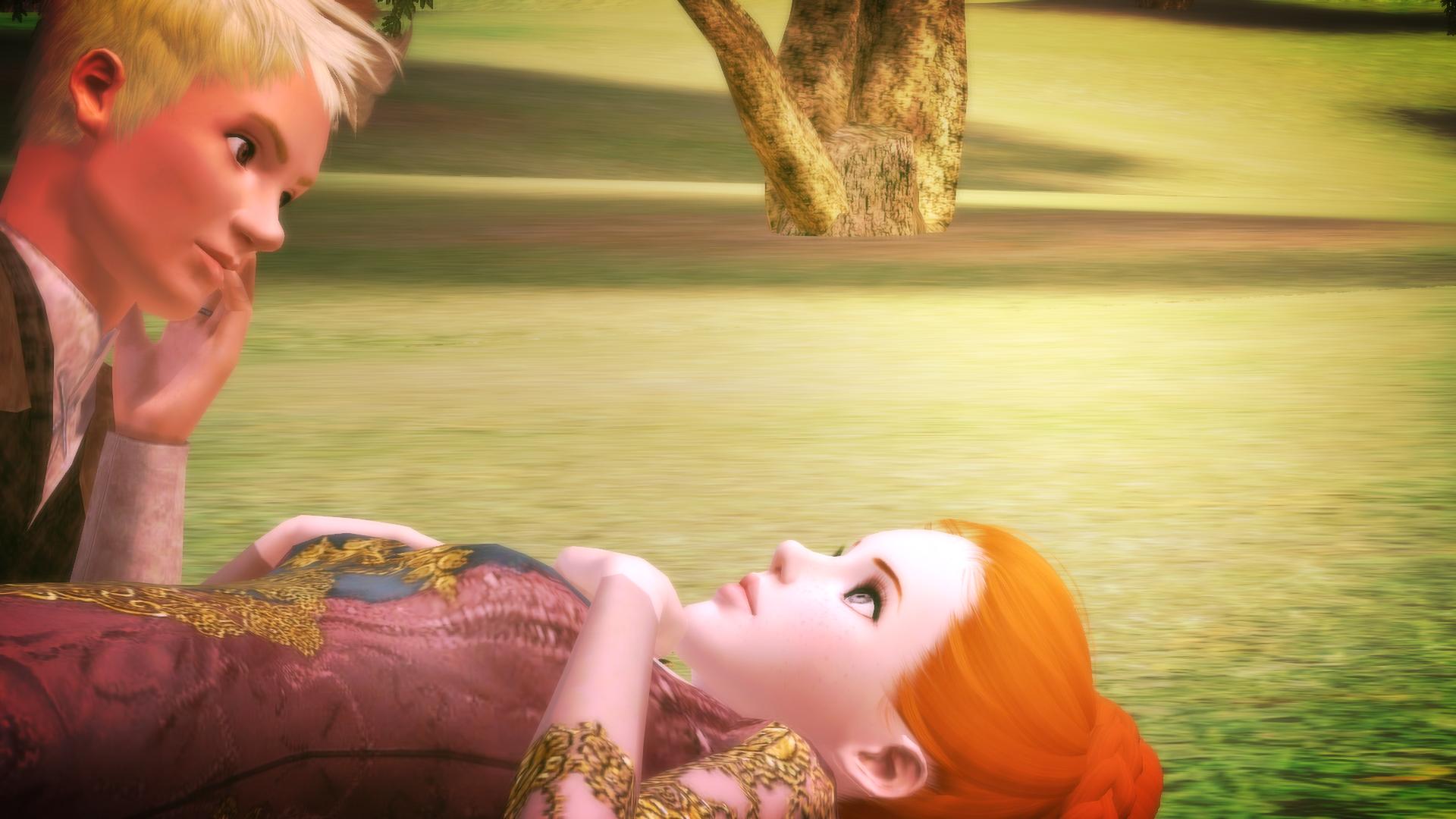 “Freckles!” He states it like it’s the most obvious thing. “You have one more than you did the last time I saw you!”
I laugh again. “You’re being absolutely ridiculous! Are you seriously counting my freckles?” 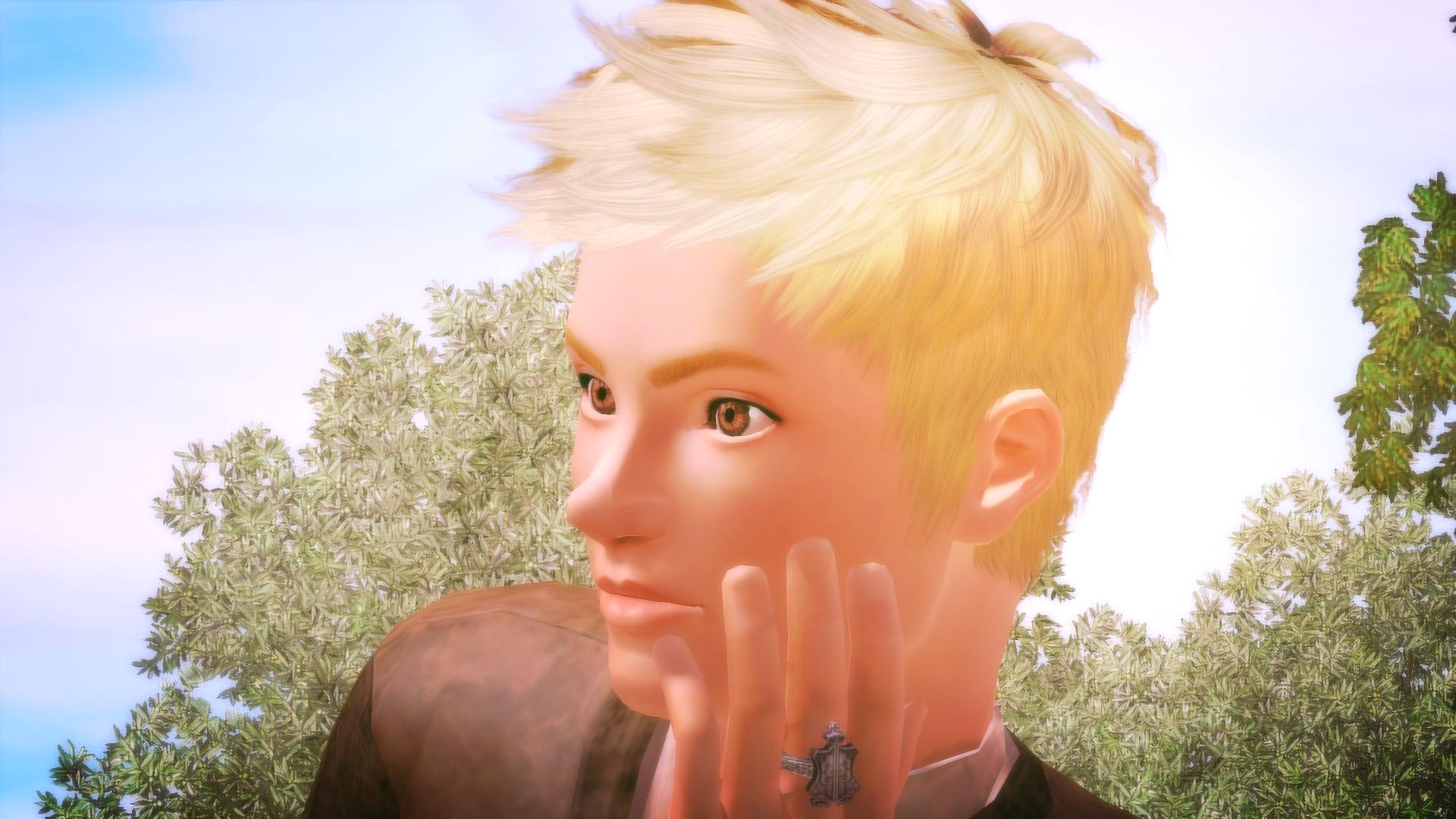 “I’m not being ridiculous! This is being ridiculous! One more freckle than the last time I saw you and I have no idea when that happened!” His face is much closer to mine and I feel it there. I feel my heart racing beneath my dress corset. Jack always does that to me. He reaches over with his finger and gently touches my skin where my jaw met my head - directly below my earlobe. “Right here.”
I’m smiling and laughing still, but it’s nervous laughter now. Anxious laughter. Happy, anxious laughter. “You’re silly, Jack.” I shake my head but I keep smiling. He is silly and I’m in love with him. It all feels right, but I feel shy. Was this before he knew my feelings for him? I can't remember. 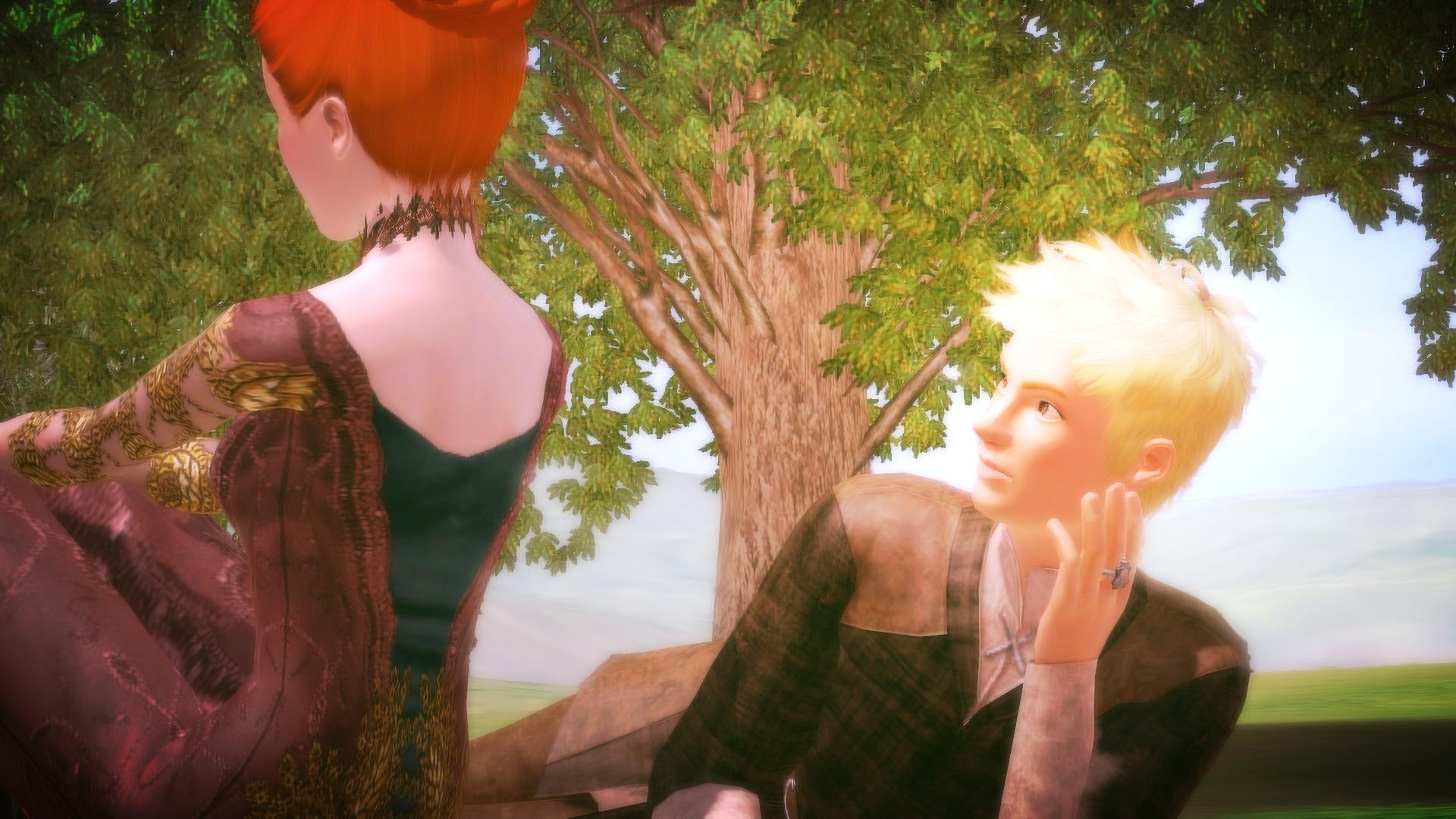 “You probably just miscounted or didn’t see it the last time…” I sit up in the field and look off into the distance of the clearing, but I still feel his eyes on me.
“No!” He protests immediately. “I’ve NEVER miscounted! I always count them at least twice when given the chance and that was was definitely not there the last time I counted them. I would remember it! I know I would!”
I laugh harder. “Whatever you say, Jack.” 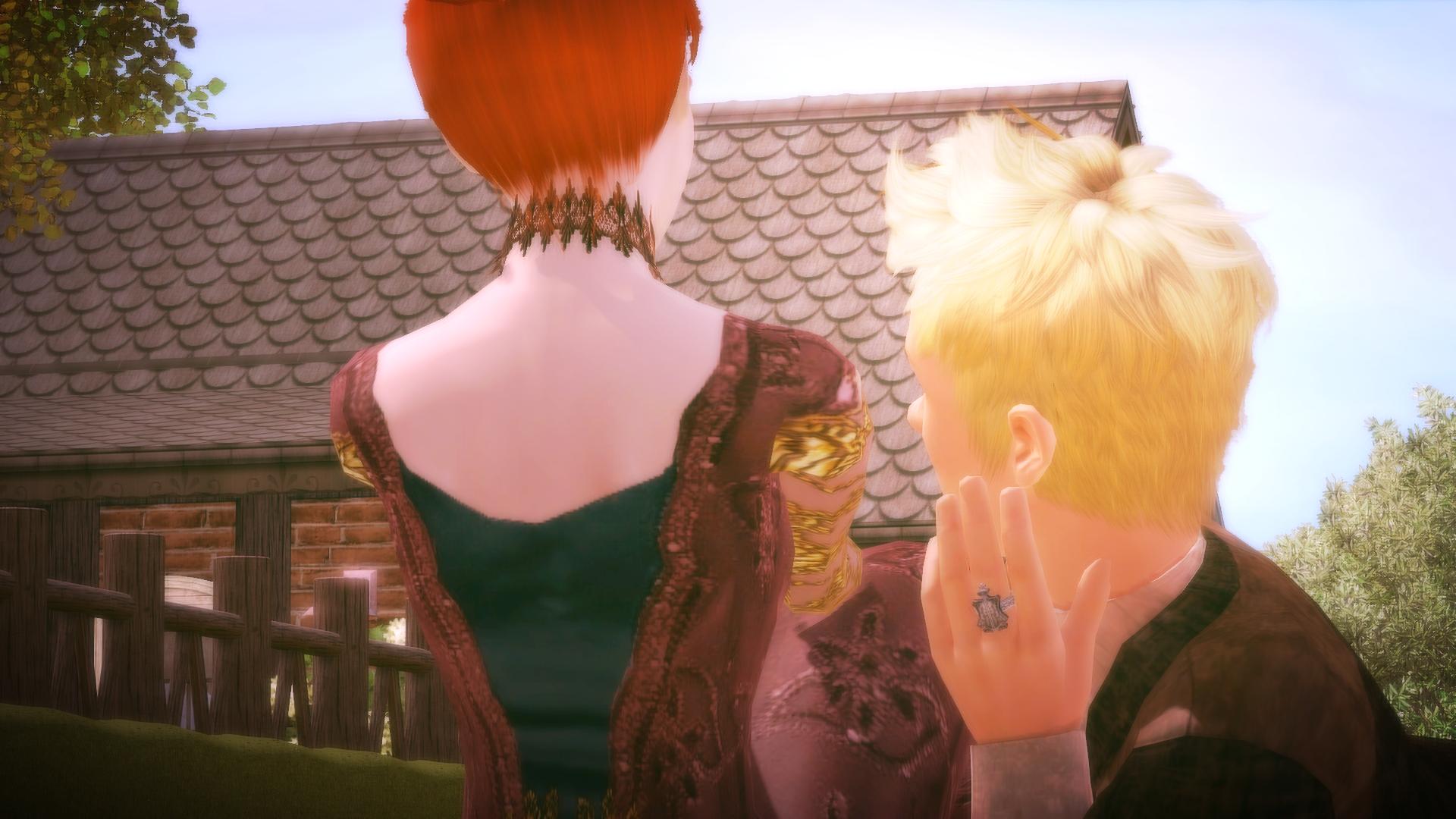 His protesting had stopped suddenly and my brow furrows. Why the sudden silence? That wasn’t part of the memory. I just know it wasn’t.
“Jack?” I turn around and he’s gone. I stare at the reflection in the mirror before me - at my freckle-less face and my eyes go wide. 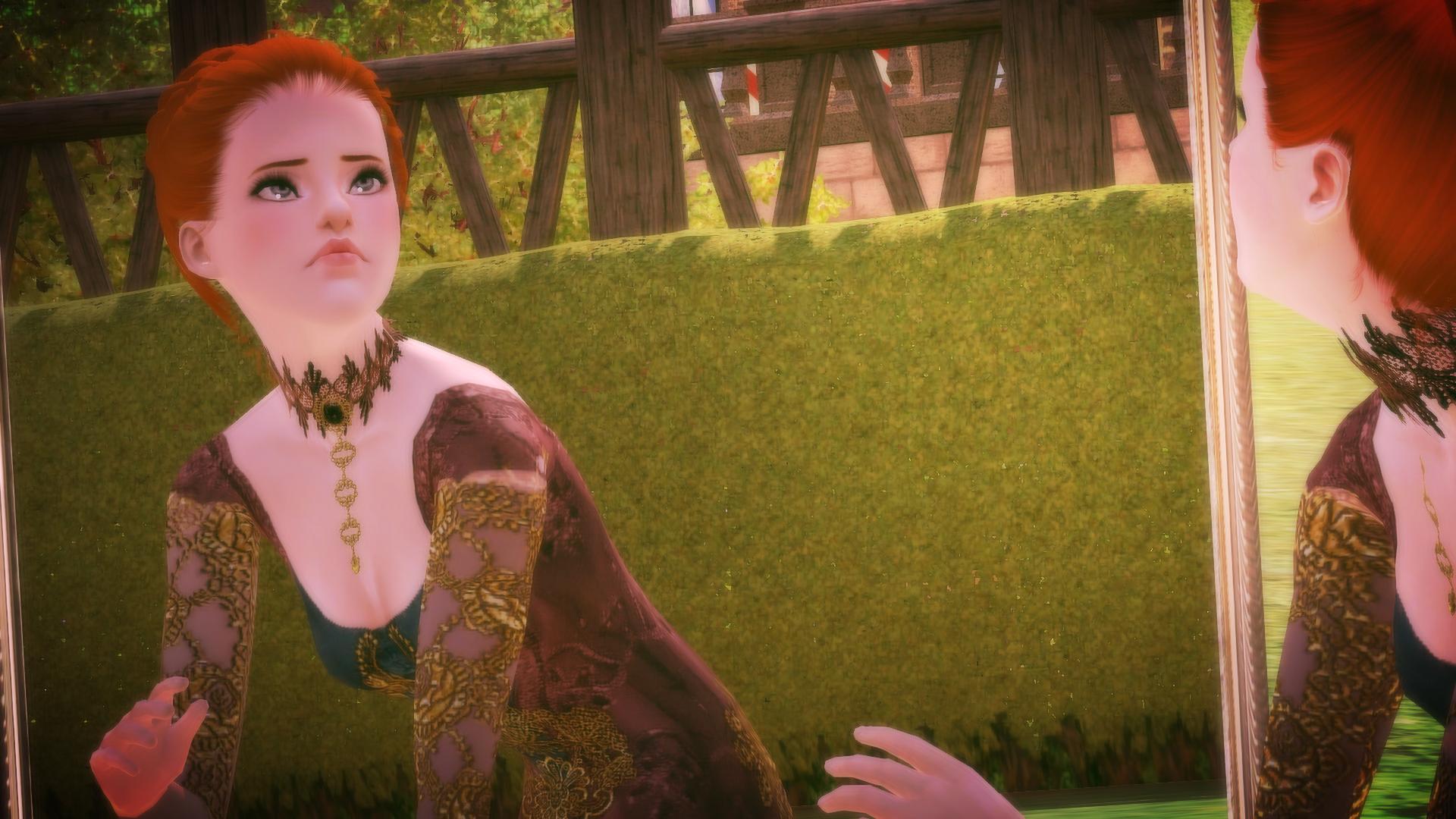 Jack’s voice is echoing in my ears. “Why did you cover them up, Ana? Why?”
“I… I didn’t!” I touch the mirror with horror spreading on the foreign face with my features. My hair rapidly grows brighter, a color it wasn’t before and my eyes change color too. What’s going on? “Jack?!” 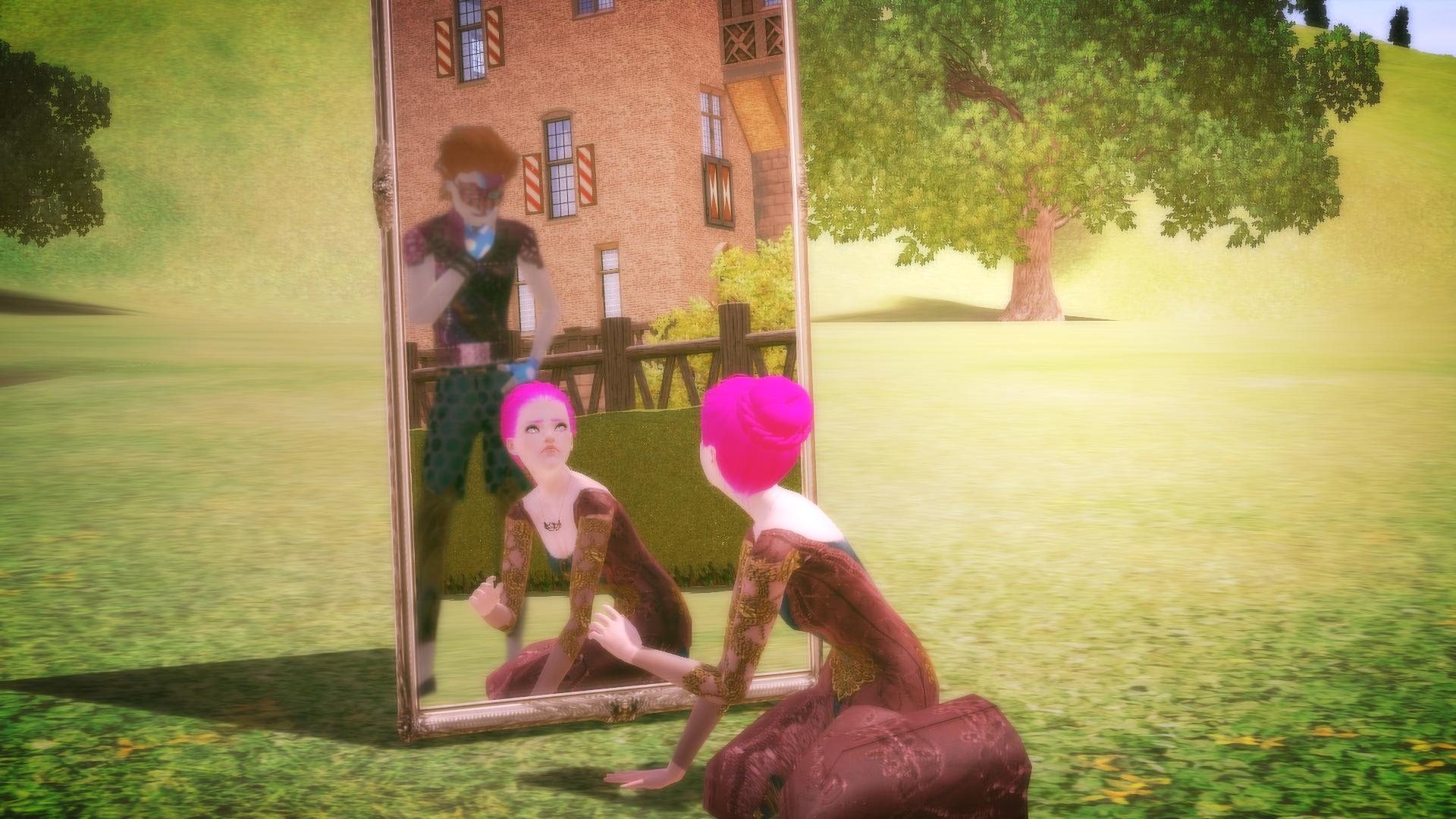 The days passed by in a blur. Soliana wasn’t even entirely sure when one ended and another began. There were no windows in her new prison. There was just the one door and people came in and out of it as they pleased - but not her. She was not allowed that freedom alone. 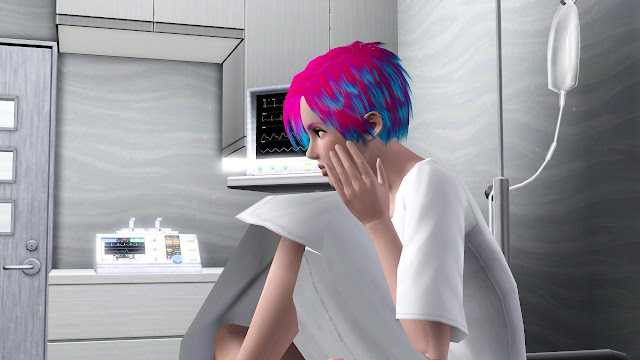 The people in white had cut her hair off at some point when she had slept. It did not matter how much got cut off - it was still an abhorrent color of pink in her mind. Pink. Purple. Blue. The last remnants of the monster left on her. Staring at those neon strands only made her want to retch as it reminded her only of the torment she had seen in his care.
It was getting easier to accept the idea of his death.
He had died. Ericka had told her so. 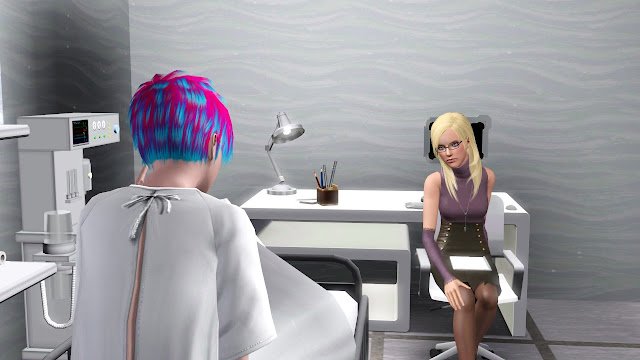 Ericka said she was a doctor. It was weird and Soliana didn’t quite understand how a woman could hold such a position. Yet at the same time she wasn’t too surprised. The world had changed immensely. It had changed and she had been stagnant. Why was she here? Jack was dead. It was impossible to find the will to carry on anymore. 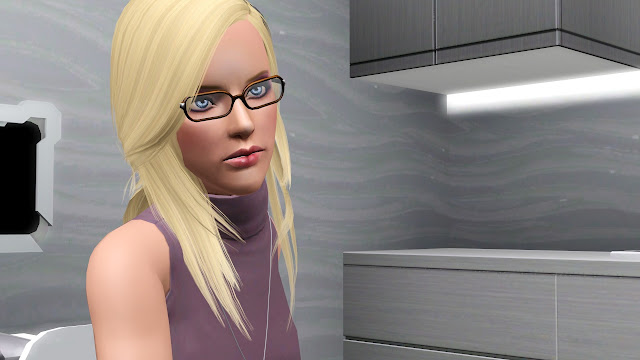 She told Ericka these things, and Ericka wrote things down.
Soliana had been reluctant to speak to her at first, but she got over it very quickly.
It was hard to resist talking to the one person who actually let her speak. She tried to resist because she knew all the people in white wanted her to speak about things, but she just stopped caring. They won anyways. 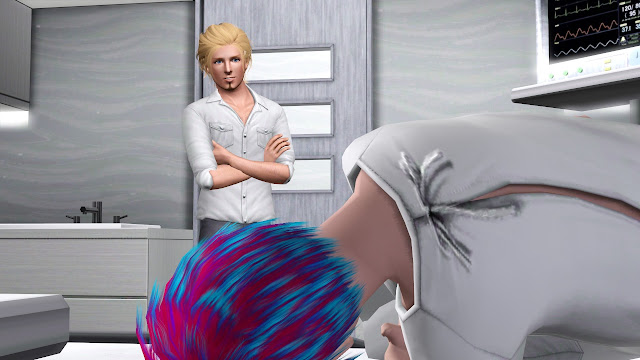 Stein also came by to see her. He took her out on walks. It was the only time she left the prison.
If she were completely honest she preferred her prison anyways. There were too many strange things outside that overwhelmed her. The walks were infrequent at first, but growing more frequent as days went on. Stein barely tolerated her for most of it. She stopped asking so many questions when she saw how much it irritated him. 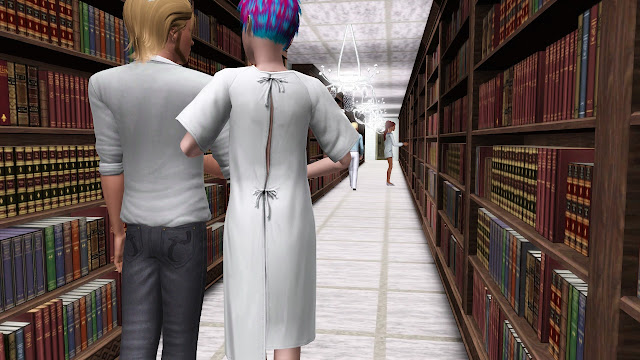 Stein did try to not be irritated, and she knew that. He’d taken to teaching her the differences in this new world in exchange for information about her life in the old one. He was completely fascinated by the most mundane things and would ask for great details about them, which then irritated Soliana. It was a rather vicious cycle. 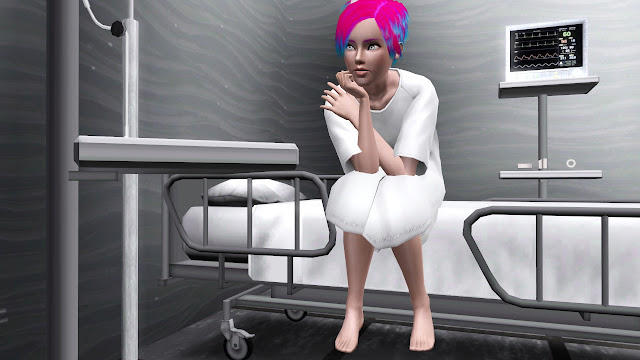 She no longer dreaded the walks anymore, at least, but that didn't make them less a chore.
She still wasn’t sure why she was here.
They keep telling her it would get better, but it didn’t feel like it. 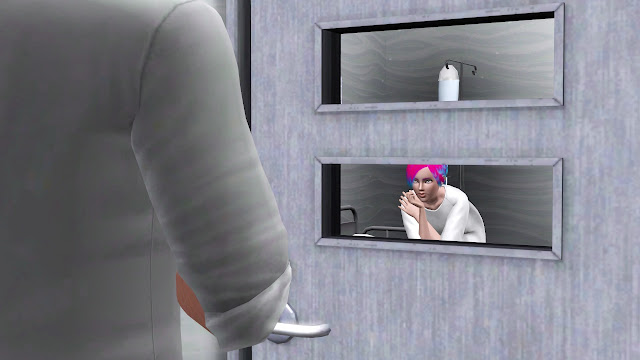 Another knock on her door signaled that she was due to go on another walk.
Perhaps there were things worth living for anyways?

Agonin kept pace next to Irena as they moved through her library corridors. Irena was a step below tolerable today, but he bit his tongue. 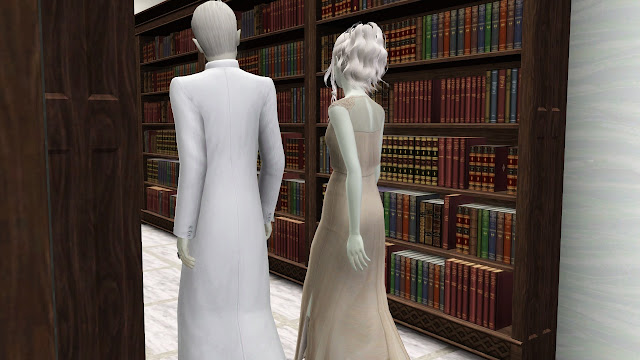 “You’re not the first to ask for these files, you know.” Her voice was flat and unamused. He was certain she was piecing together the purpose behind them. "Is it true you and the Madman went into the Land of the Dead? What were you looking for?"
“Just doing some routine checks, of course.” Agonin felt his mood only souring the more they spoke. 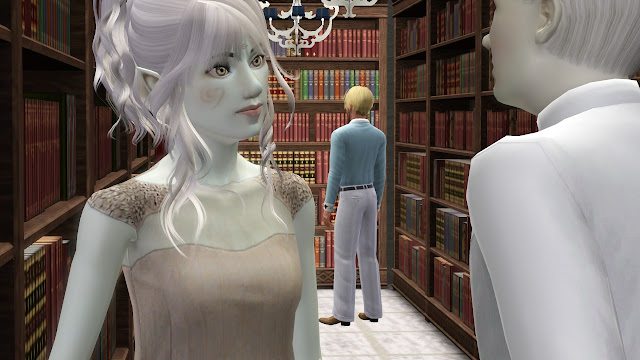 She eyed him skeptically. "Routine checks? Shouldn't that be Harken's job alone, or is he that much of a failure at his job already?”
Agonin resisted gritting his teeth, but it was difficult. They stopped walking as he turned to answer. “No, no. There's been some unrest and-”
Something bumped into him and his eyes widened slightly as bright pink entered his peripheral vision. The pink was removed quickly. 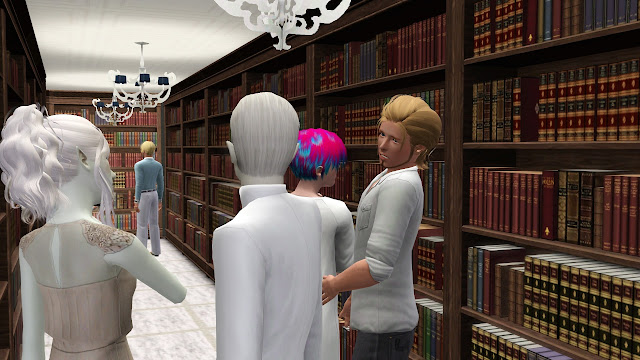 “I’m so sorry, my lord! I’m so… terribly sorry!” One of Irena's followers was pulling the bright pink hair forward and to the side. “I assure you she didn't mean-” 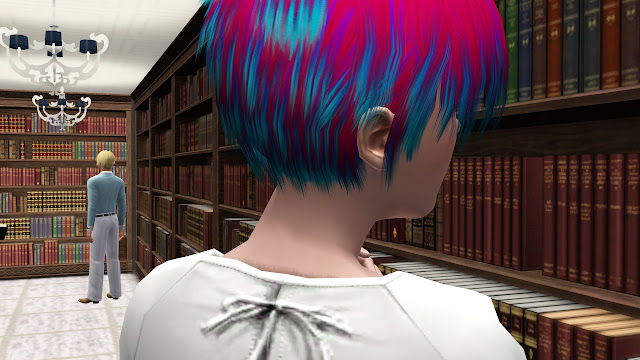 “Boy!” Irena scolded him coldly. There was a long pause of unspoken words being exchanged between the two of them, yet Agonin hadn’t paid any attention. His eyes focused in on the bright pink hair that clashed against the solemn white hallways. “Put your pet project away and show some respect!” 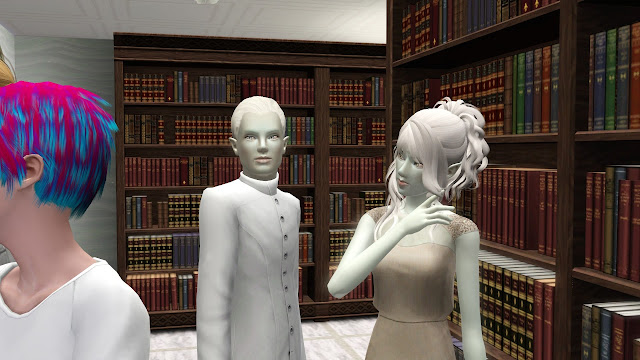 The man's head hung slightly and he nodded. “Yes, Madame.”
Agonin wanted to protest, but he stood stunned by bright pink hair on porcelain skin. He only stared at the woman's back curiously before shaking his head as she and the follower began walking away. “You didn't need to be so harsh. I was standing in the middle of the hallway.” He looked at Irena then and back to the girl with vibrant hair who turned the corner and vanished from sight. “That was quite some bright hair. Did I detect magic at work there?” He narrowed his eyes at Irena. She was known for her experiments that were borderline inhumane and it made Agonin's gut sink to wonder the side-effects. He hadn’t seen the front of the woman, nor really gotten a look at her at all, but her movements were listless and exhausted. 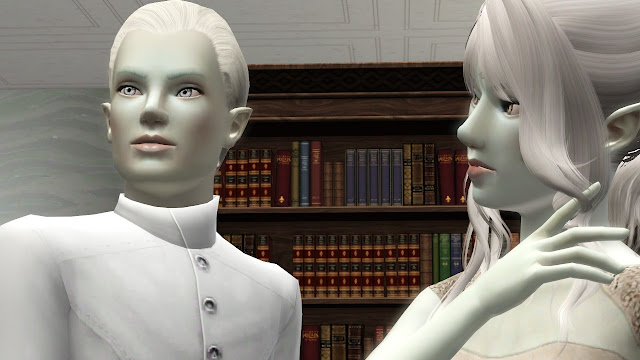 “You detected correctly.” Irena’s face was impassive. “She was the girl found in a cave - the one touched by Zachurr. She's not all there anymore, it seems. I extracted the information I needed and intended to grant her death wish but that boy believes she has more information worthwhile and argued to keep her alive. She is his responsibility now. Hopefully soon he'll realize what a waste of time she is and get back to working on things that are actually important.”
“I'm glad someone is looking out for her. Zachurr is…” Agonin swallowed. He was a great many unpleasant things. Yet the worst offense of all was his ability to make his torture last beyond his grave. “He was a cruel monster to say the least. Is she showing any signs of recovery?” 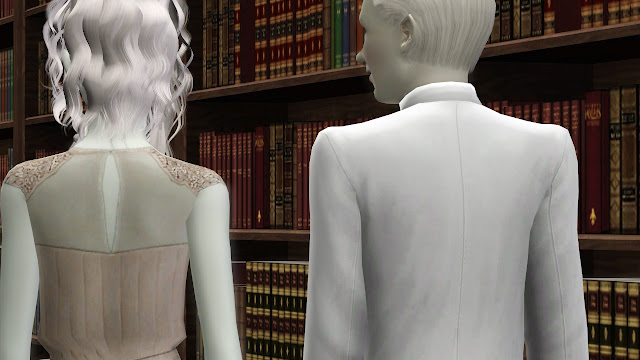 “Very little for all the work that we've had to do. Marginal at best.” Irena sighed and turned to walk again. “They have been using my best resources and her progress seems stunted. I pity her, as death would be kinder at this point.”
Agonin grew angry at the thought, mostly because it was true, but more because it meant that Zachurr had succeeded with yet another soul. “I think that is where we disagree on the topic.” He did not look at her as they walked. “Zachurr was a terrible man who took great pride in breaking people beyond fixing. Her death would just prove that point.” 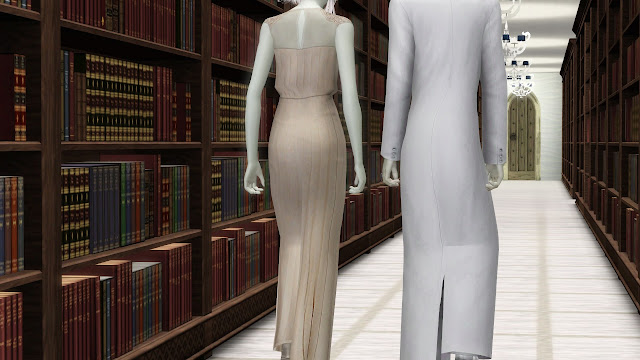 “You would keep a poor girl alive because it sates your grudge?” Irena let out a very small, dry laugh. “And everyone calls me cruel.”
“Not for a grudge, but because she deserves to live free of that demon.” He responded back quickly.
Irena shrugged. “Whatever you say, Agonin. Regardless, here are the files. Help yourself.” She gestured to the spot on the bookshelf in front of her. 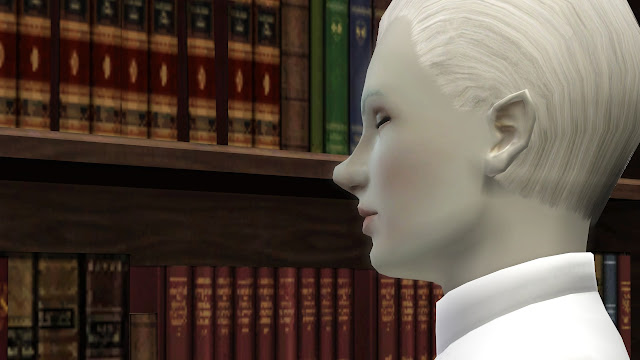 “Thank you, Irena.” Agonin tipped his head, but he couldn't think about the files. All he could think about was the bright pink hair of the woman who survived. Irena had stepped away when Agonin leaned his head towards her. “Oh, Irena?”
She turned, acknowledging him by making eye contact. 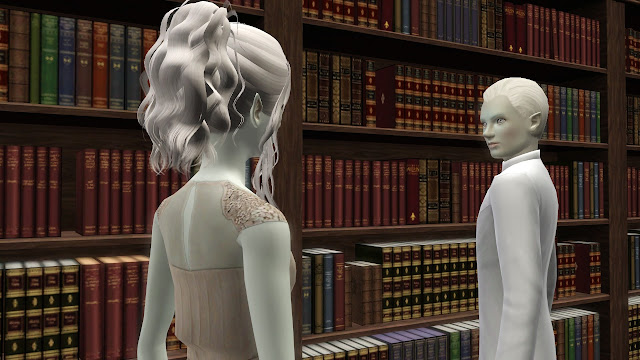 He straightened himself. “I find myself fascinated by Zachurr’s case. Would you mind sending someone on her case by when they've got more time to spare? Perhaps I could be of assistance?”
Irena’s face was amused as she stood, but she slowly nodded as she pursed her lips. “It could be arranged, Agonin.” She turned and disappeared, walking briskly away - a very Irena response. There were no pleasantries in her world. 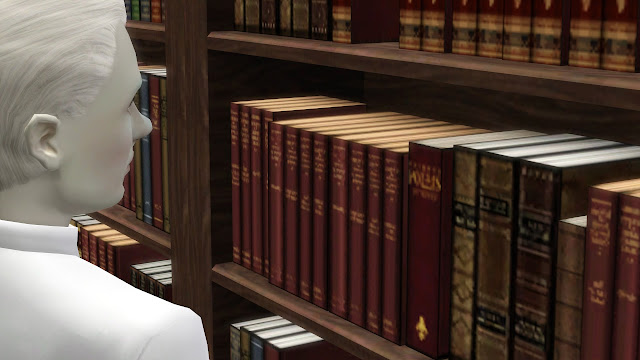 It made him feel worse for the poor girl tortured by Zachurr. It made all the more sense why Majnun had drawn his attention to it. Perhaps he wasn’t over what happened to him for a reason. Only time would tell.