Be warned, there are spoilers on this page. 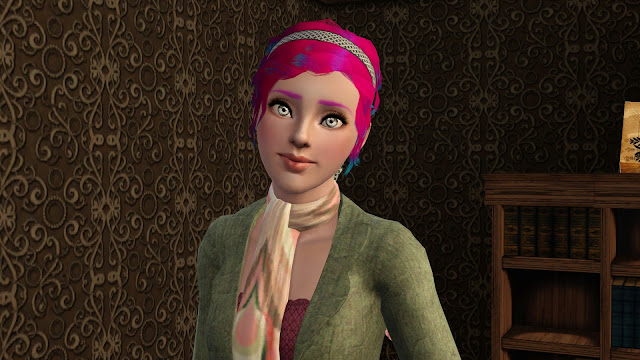 Plot Synopsis: Soliana Ademara was the sole daughter of a wealthy, noble family in old Monte Vista. Excluded from the nearby town center by several miles of distance, Soliana was mostly left alone during her childhood years which made her very lonely. In an effort to help her feel less lonely, her parents permitted her several friendships with the servants - in particular, a stable boy one year older than her named Jack Demarco. Soliana was greatly attached at the hip to Jack throughout their childhood until she was sent away to boarding school as a young teenager. When she returned, she found her feelings of friendship towards Jack rapidly shifted to mutual attraction and love.
The mutual love only deepened in time, much to her parents concern. Soliana was a stubborn woman, though, and her heart had been set on Jack. Yet right as their lives were about to begin, she vanished, taken by a twisted god with an obsession for her. Soliana is awoken roughly 2000 years later in a glass coffin where her kidnapper had kept her. Her appearance had been altered and she had spent many years being tormented until her mind was left in a fragile state. Discovered by the followers of the Goddess of Knowledge, Soliana is nursed to health as she slowly finds herself in this different world with different people. She braves the new world of different people while she silently hopes that maybe... just maybe her Jack may find her once again.