My memories are still evading me. I get glimpses every now and then - pieces of something I’ve lost. Or perhaps it was never mine to claim in the first place. 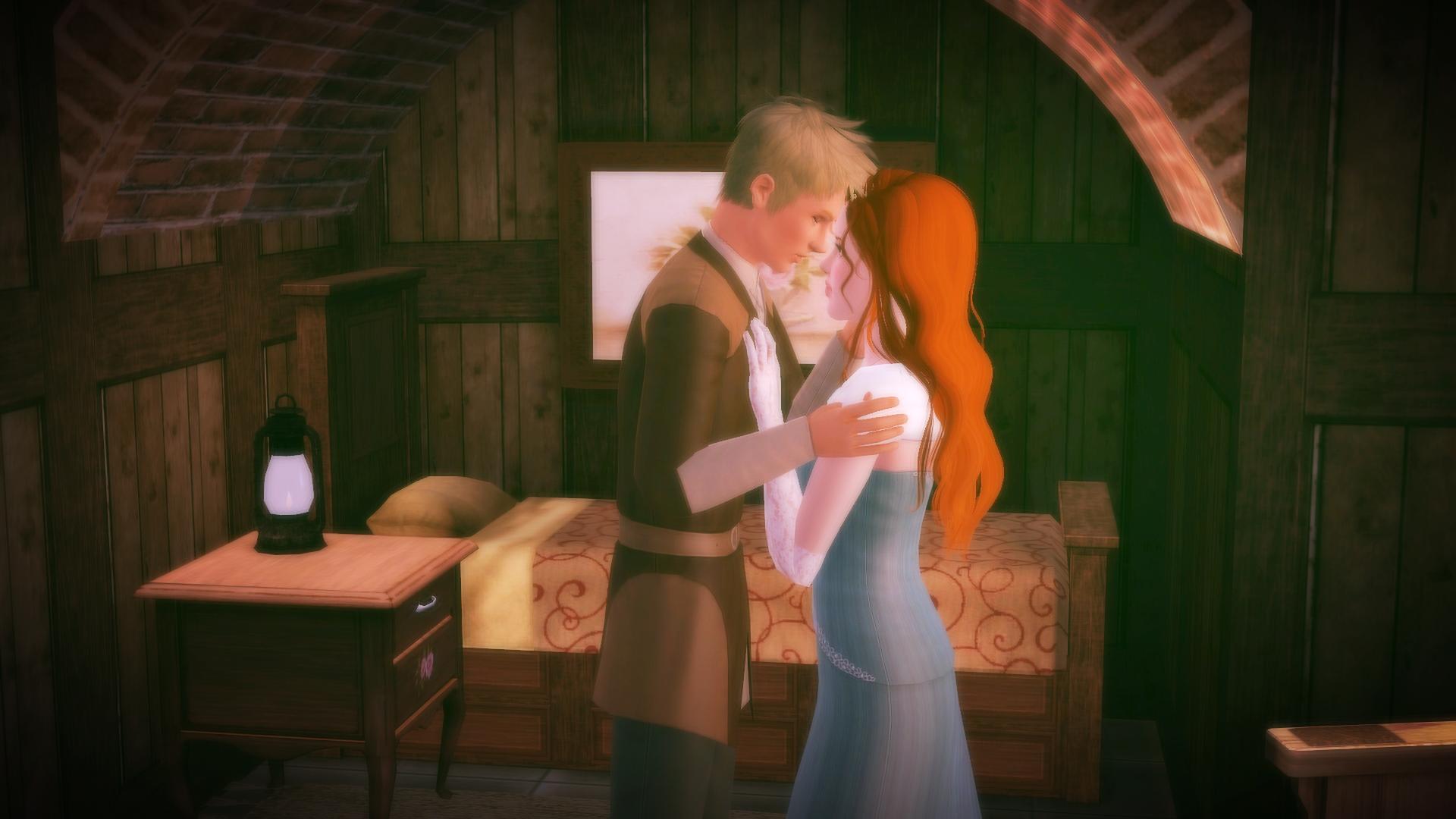 Jack was too good for me.
I just wish I knew what happened to him.
Would I ever be able to move on from him?
Never. 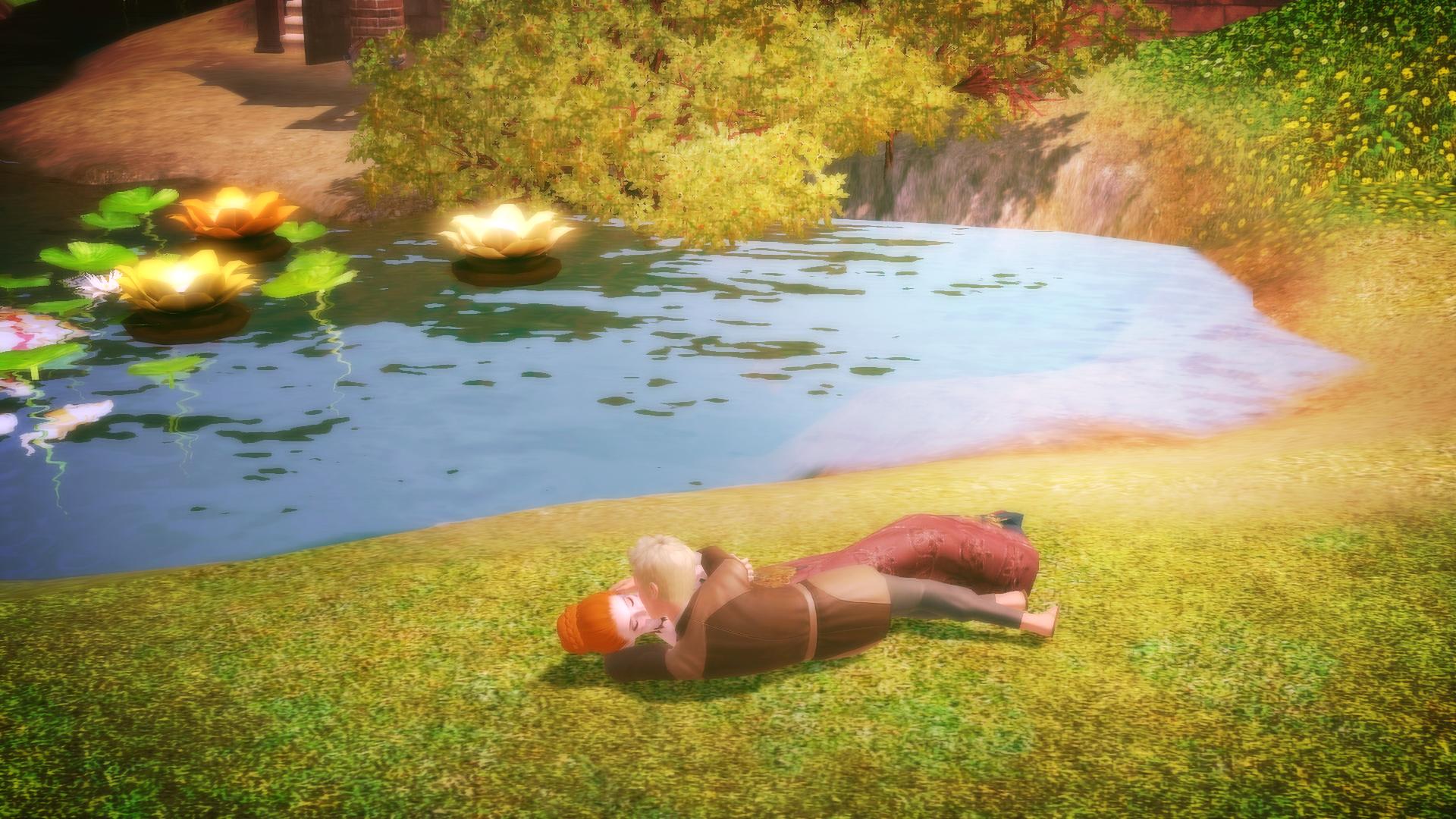 I could never. My heart belongs with him, and if he has died, that means my heart died too. The world is so different now it almost feels like I’m an outsider looking in. I don’t get to see much outside it anymore though, instead I stare at my new prison. Are they working for Zachurr? Is that even possible? He had done something like this once before… I can remember it. He made me think I had found help - that I was free. It was a trick, a trap - a test of my loyalty to him.
I failed. 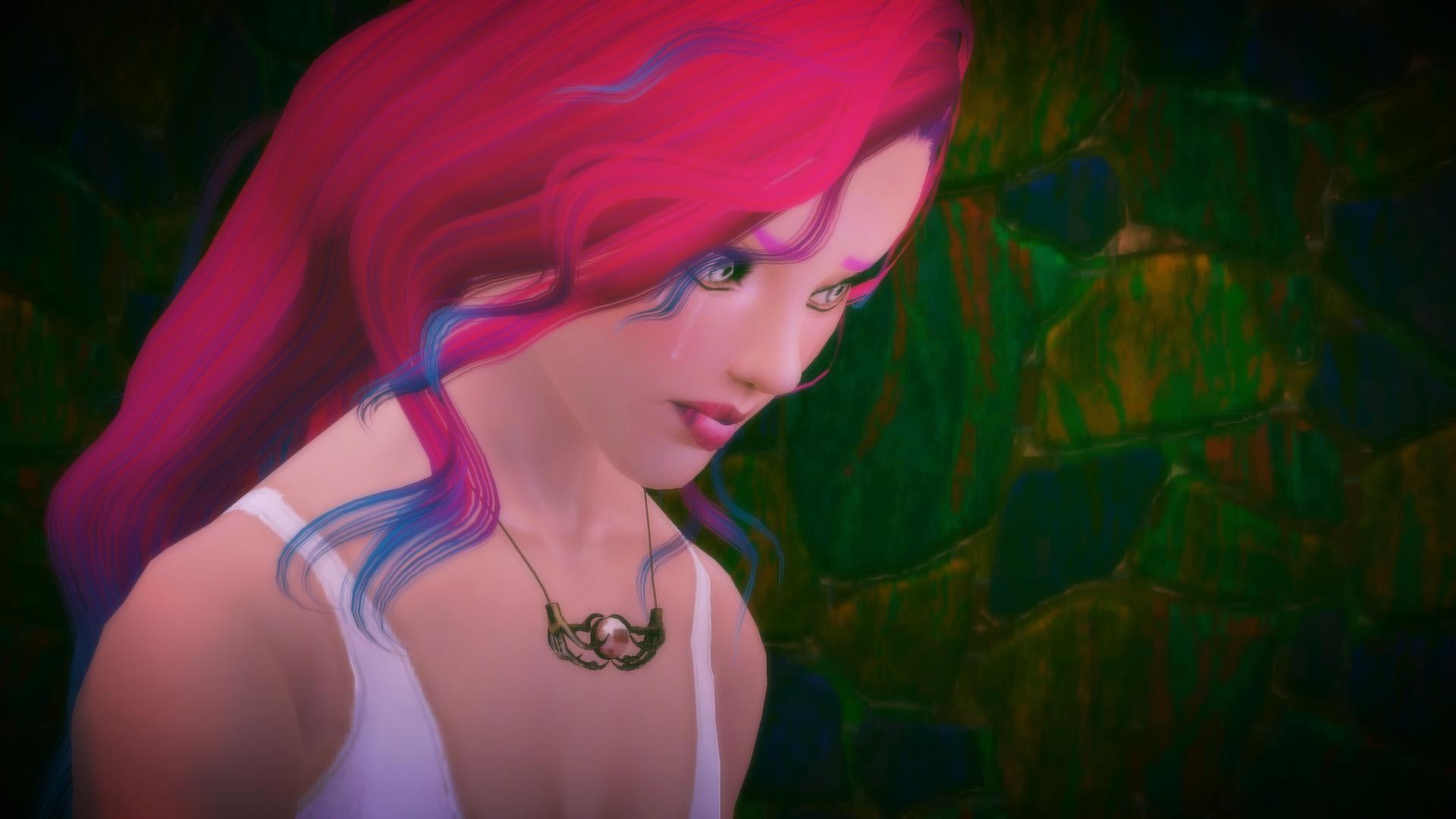 He dragged me back to that room by my hair and locked me in again.
I’m not sure what’s scarier about the monster - his anger, or his kindness.
Not but an hour later he would be back at my door, gentle words and ice for my bruised wrist. He handled me with care and would examine me, dress me up in fancy clothing and brush my hair. It was just a matter of time before I would mess up again and he would snap. ‘Look what I had made him do.’ I lived my days in fear of his rage. 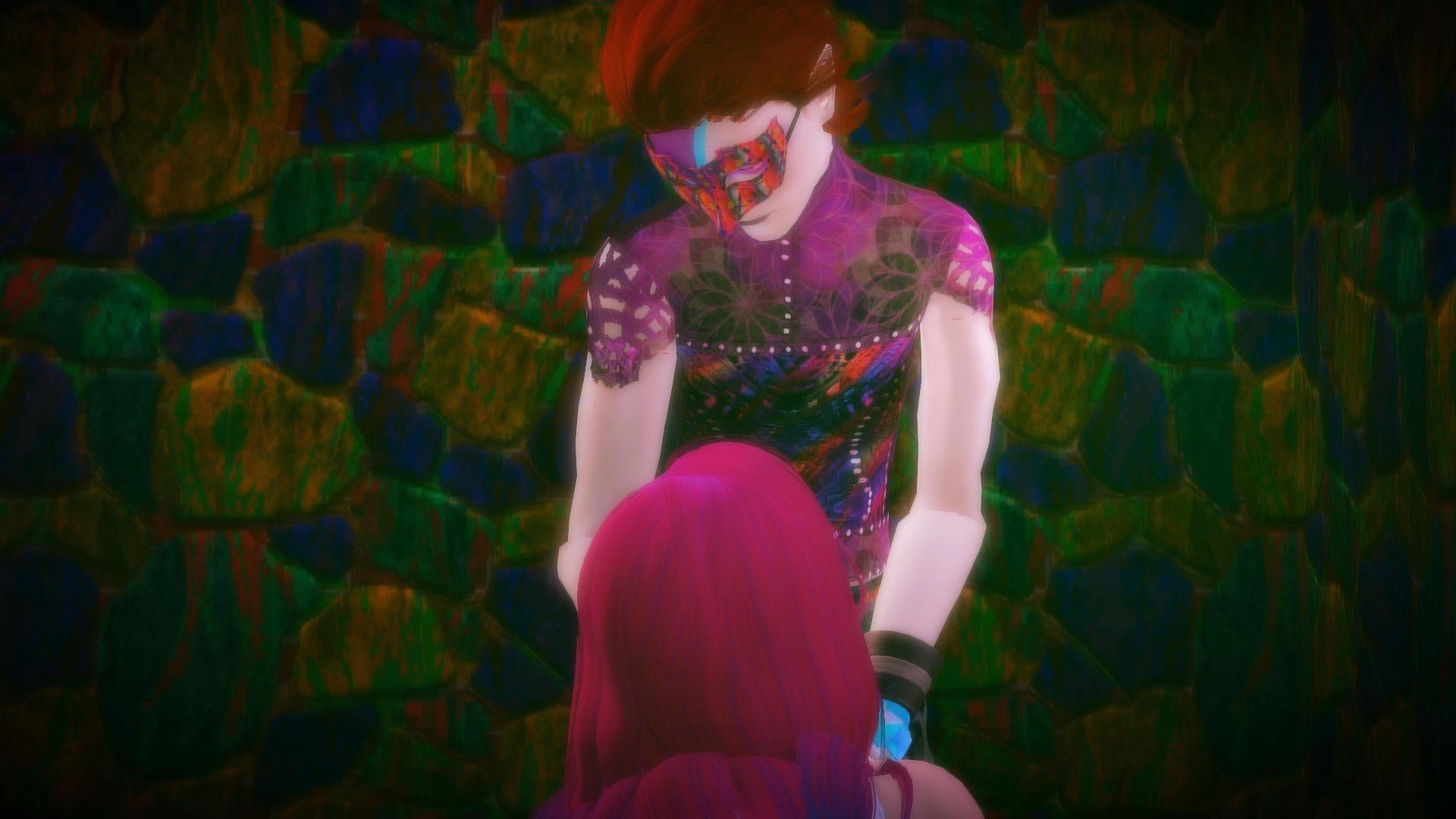 This new prison isn’t much different from my old one. There are no windows and no other exits - just one that I’m not allowed to take. I’m not well enough.
I’ll never be well enough, not without my Jack. 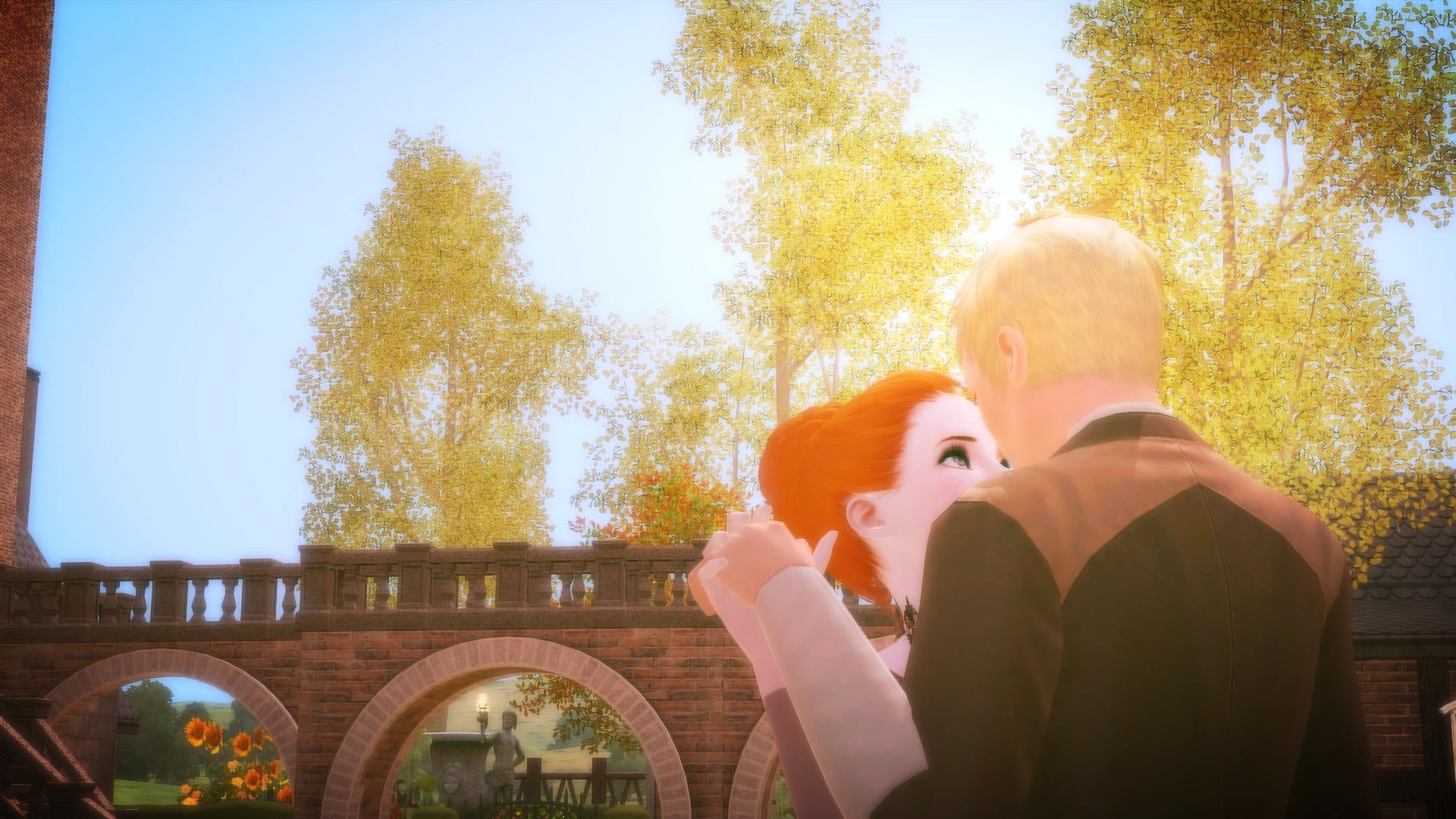 Why can’t I remember more about him? Why can I recall the monster so easily and not my Jack? Maybe I’m not truly free of the monster after all?
I’m just another lost soul, drifting in time.

Soliana opened her eyes wearily to the white ceiling. It was a familiar white ceiling by now and she just stared at it blankly, mourning the fact that she was even seeing the stupid ceiling at all. Metal boxes were surrounding her, each making an eerie beeping noise of it’s own - talking in some strange language she didn’t yet understand. 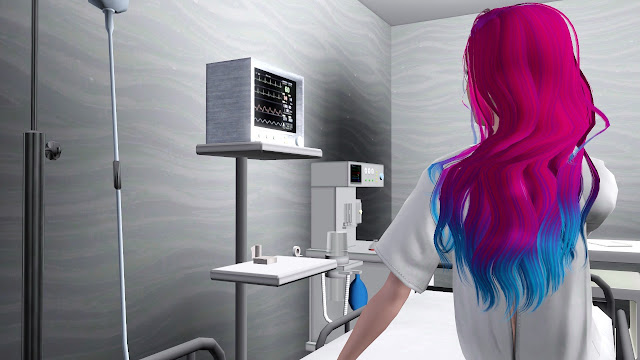 The boxes were good at reading her emotions. She would grow distressed from nightmares and awaken to the box screeching rapidly. It was rather annoying most of the time, and it always summoned one of the many people dressed in white to come stare at the boxes, stroking them until they calmed, or poking her until they stopped their obnoxious chatter.
This was not the world she remembered. 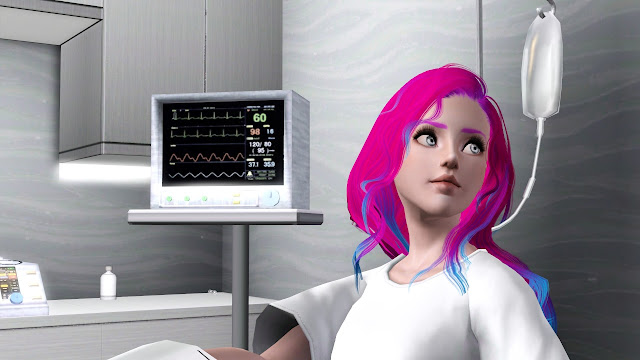 The metal boxes were calm now though, save for the annoying beeping they each made. She wondered how likely it was that the people in the white coats were trying to drive her to insanity? No, they were too busy trying to keep her calm - whispering under their breaths at each other, giving her sideways glances, smiling at her and speaking slowly like she were a few branches short of a tree. 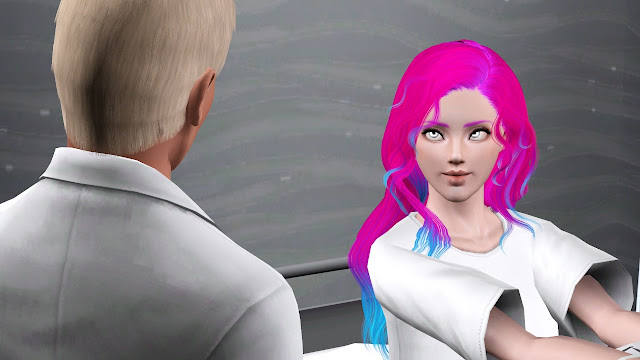 She would smile at them simply. If they thought she was a simpleton, she would give them a simpleton. The longer she sat in the room the longer she wondered if this was another elaborate dream Zachurr had organized for her? The last time he did this though he had taunted her with Jack. She vaguely remembered it. 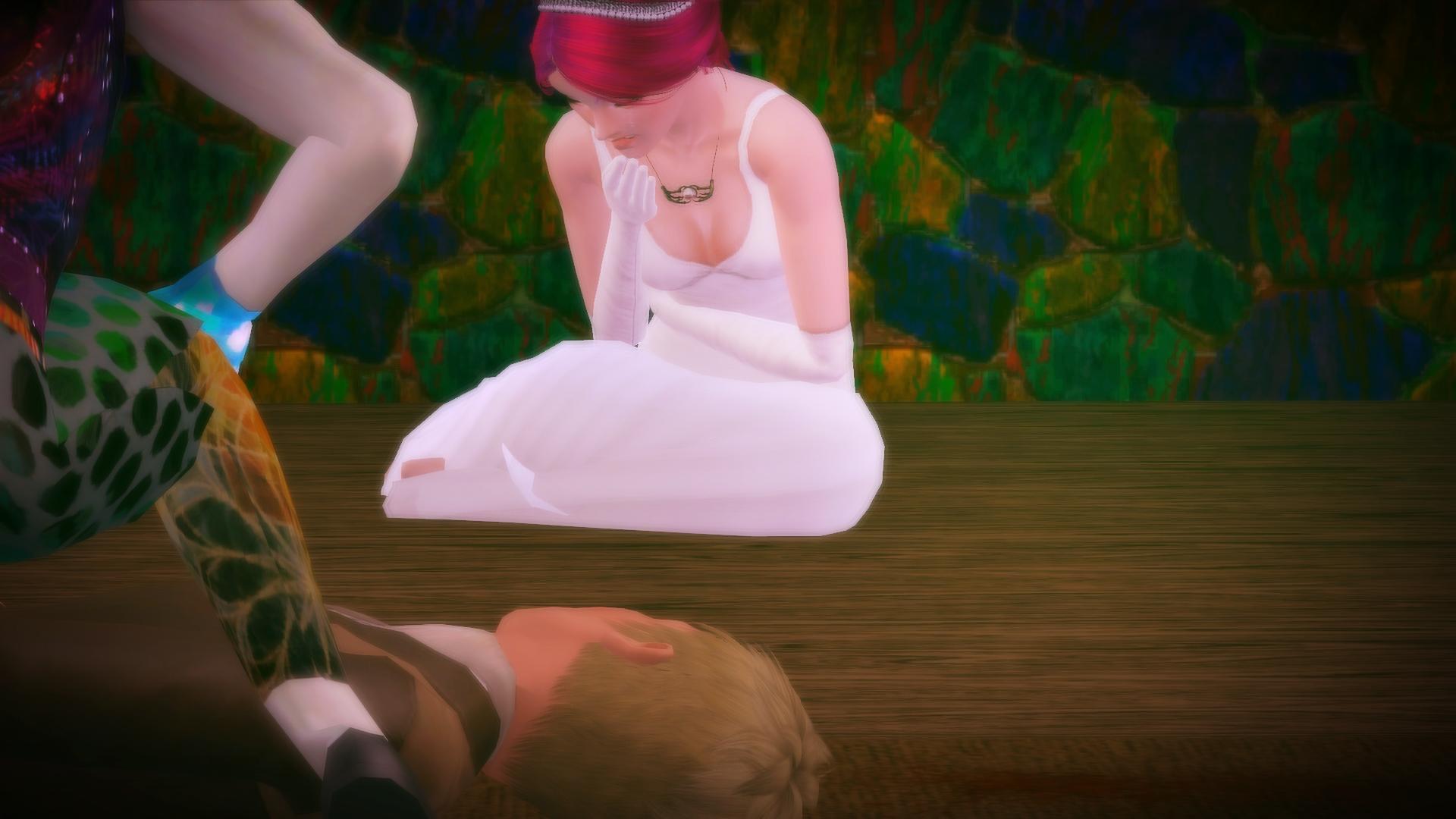 She remembered sobbing. He had killed Jack.
Or had he? Everything was so fuzzy.
No. That one had been a hallucination. How did she know this? She just did. It was just something she knew.
Jack’s ring. 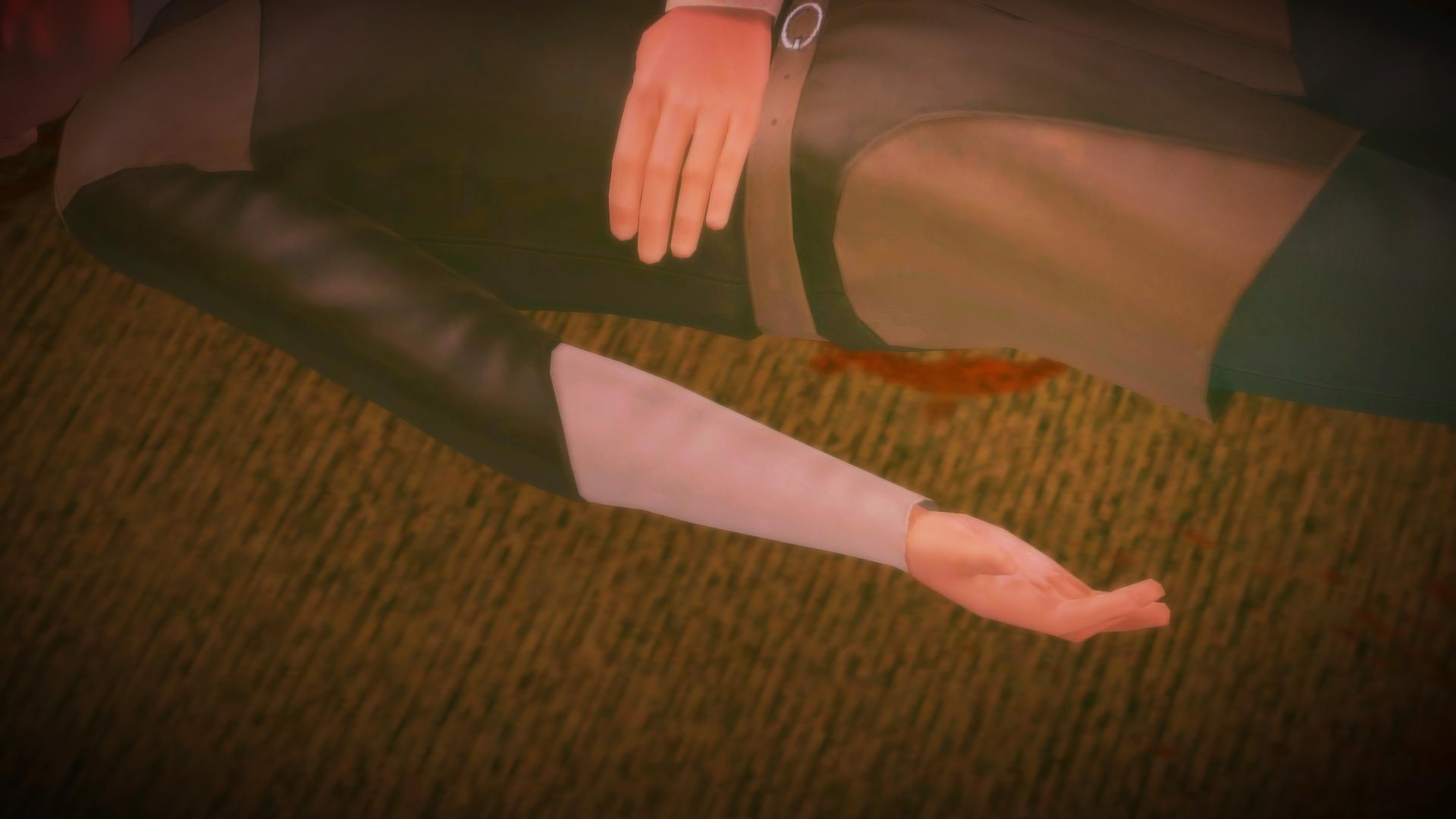 That’s right! Jack always wore a ring that she had given him when they were younger. The dream didn’t have that. She could do this. She could keep her mind. She wouldn’t let them win. She needed to lay out everything and keep it in order. She had to make sure she remembered.
Jack was the man she loved.
Jack was important. 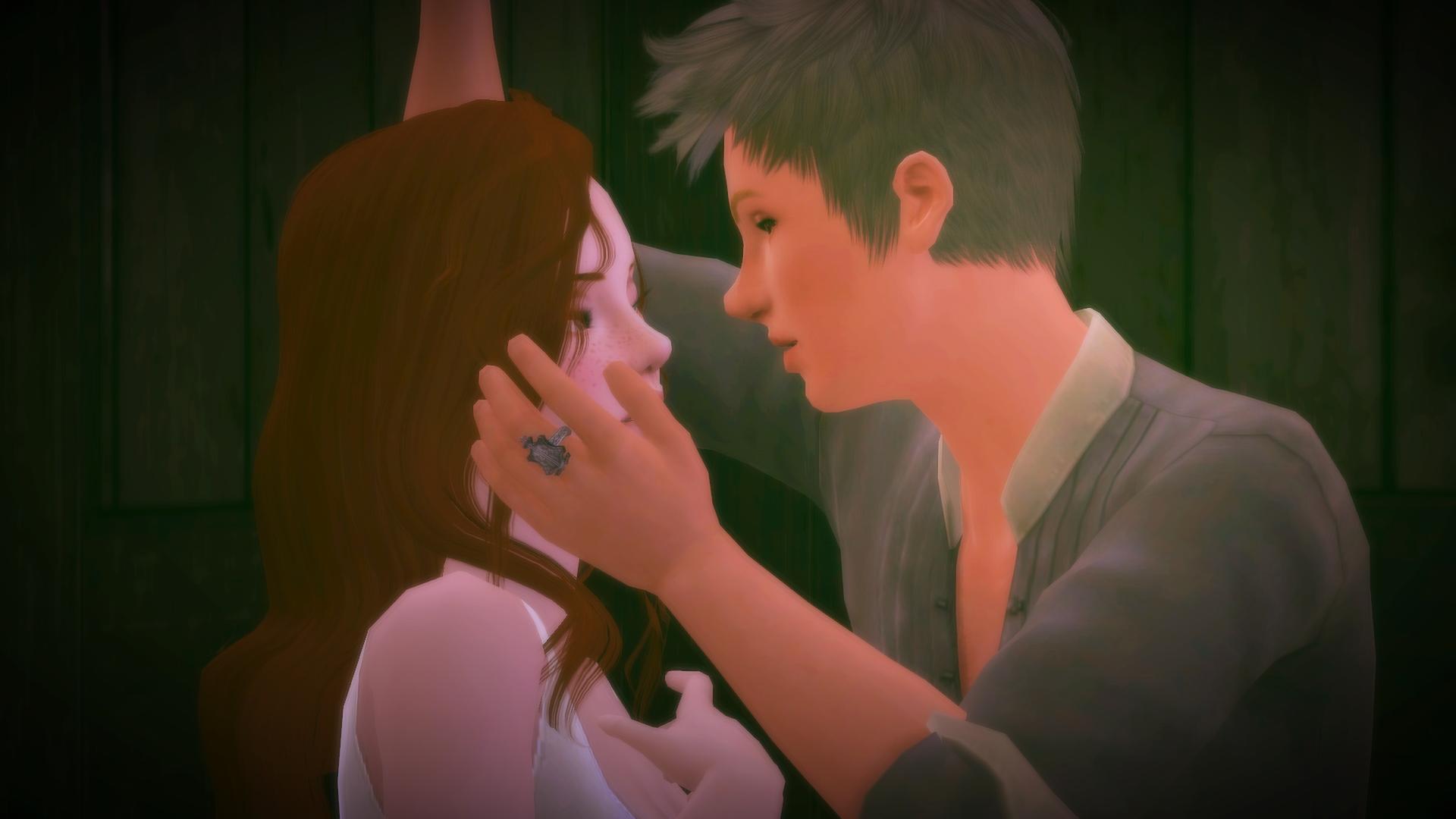 Jack had a ring. She had given it to him.
Jack loved her. This she was absolutely certain of. It gave her hope.
The last time she saw Jack it ended badly. She didn’t like remembering this, but her mind would never let her forget. 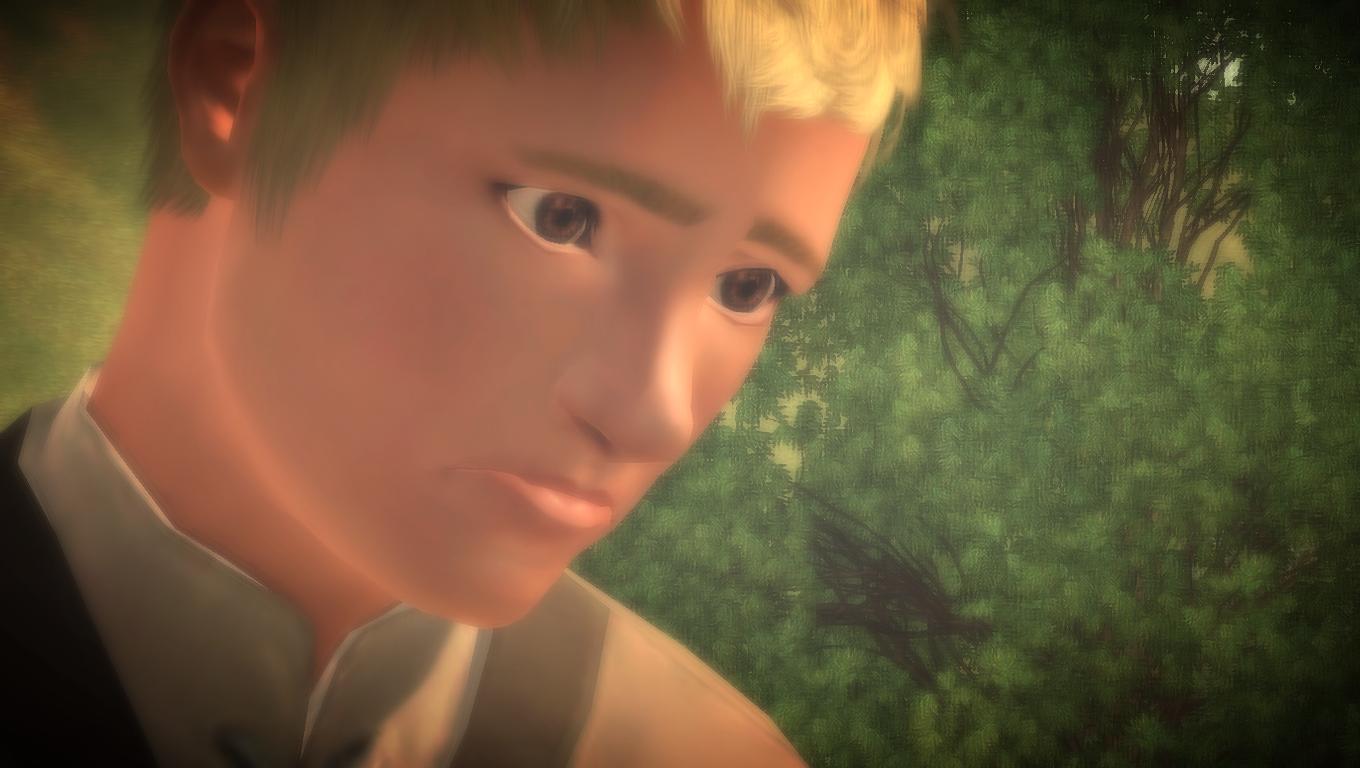 She needed to focus - her list of things she knew to be true.
Zachurr was powerful. Was he a god of some sort? She couldn’t be sure. That could very well be something he wishes her to believe of him. She wouldn’t put it past him to have made himself a god in this hallucination. At the very least, he was powerful.
She had run away from him - or, well, tried to. Why does she get the sinking feeling she never made it anywhere? No, these were facts. Think, she cursed herself, think! 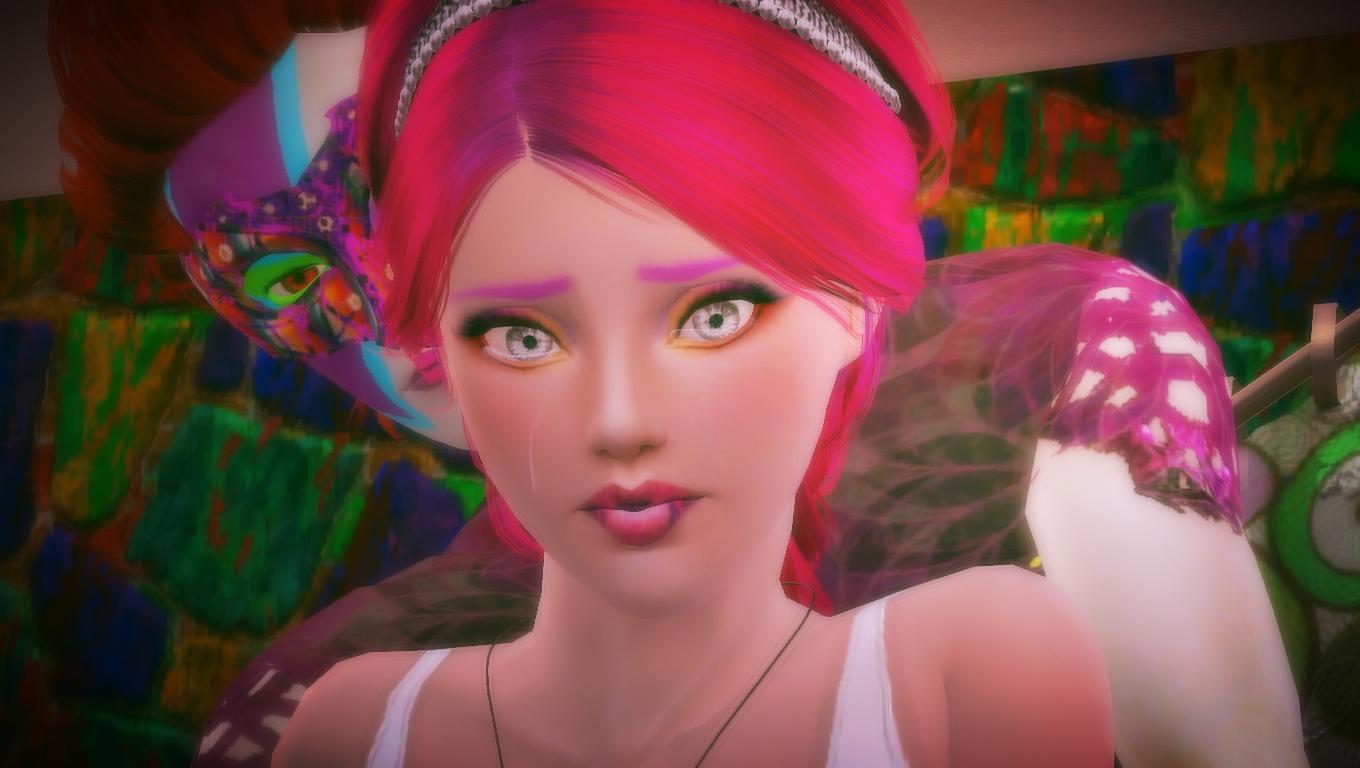 Zachurr was holding her hostage.
Zachurr had given her something and it had made her sleep. What was it? Why can’t she remember? She shook her head. It didn’t matter, it was time to refocus.
Zachurr had manipulated her. 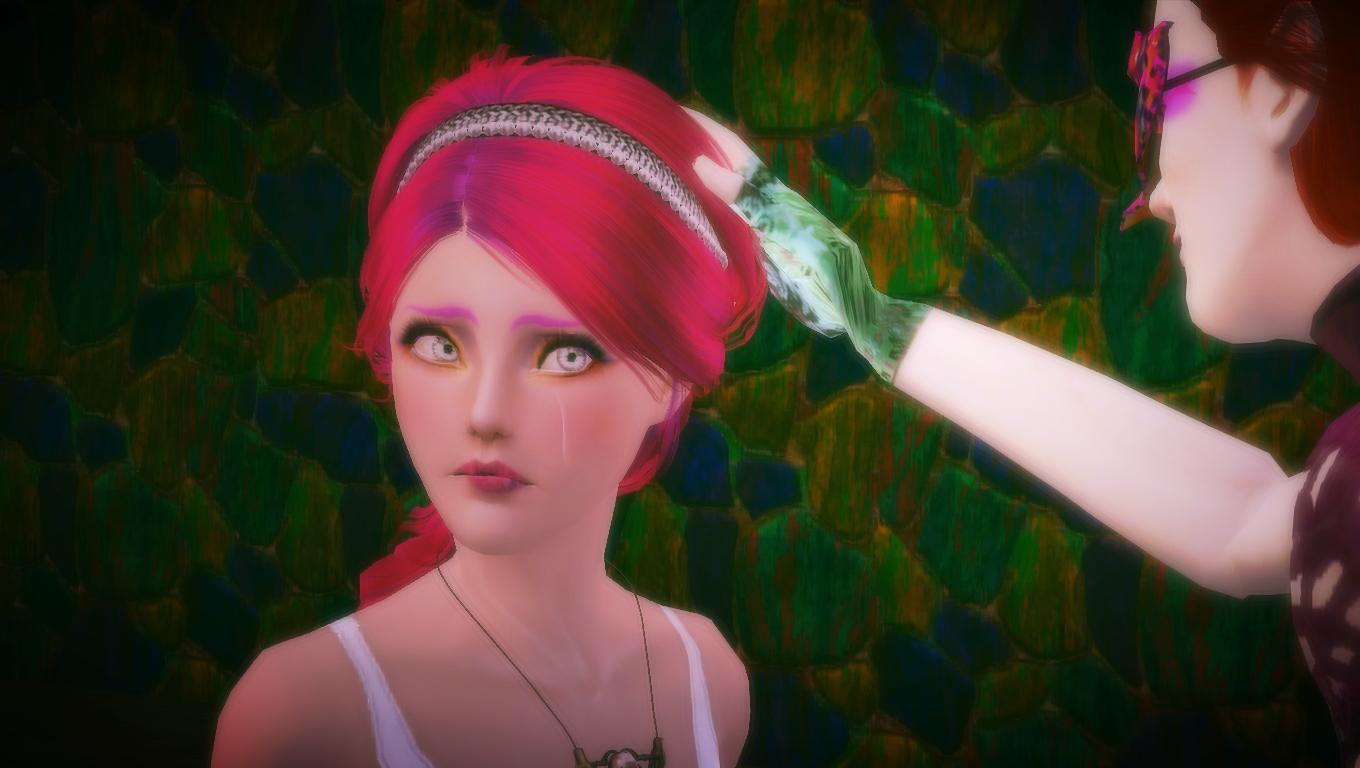 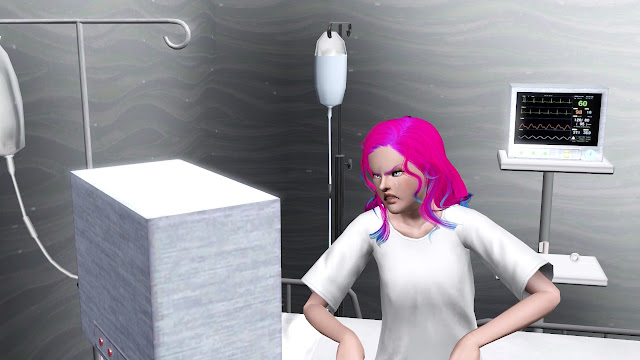 The metal box began screaming again and she hissed at it. “STOP TELLING THEM WHAT I’M THINKING!”
This brought in more than one of the men in white and one woman too. Familiar faces - she’d seen them all before as they moved in and out of her room for however long she’d been in here. One attended to the metal box and the other two approached her cautiously. 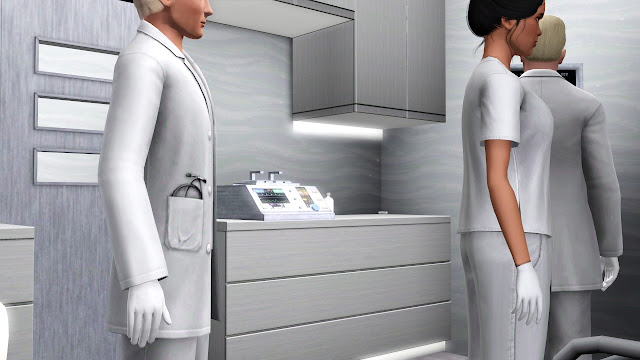 She clutched her knees to her chest as tears fell from her eyes. She shook her head and backed up in the bed she sat in. “Stop… please…” She swallowed. “Just… tell Zachurr I’m done. I won’t run away anymore. I promise…” She trembled as she spoke. “Please, I mean it this time. I don’t remember anything else. I don’t care. Just make it stop. Just let me out... please?” 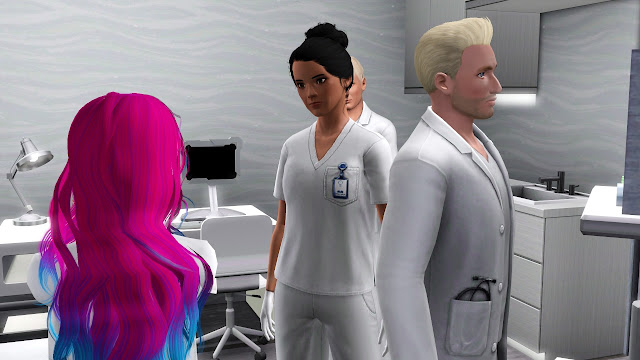 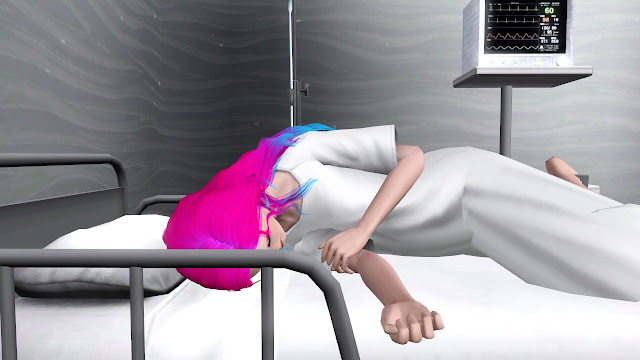 Why couldn’t Zachurr just let her wake up? She was done. She was sorry. She would do whatever he asked.
She would be the wife he wanted her to be.