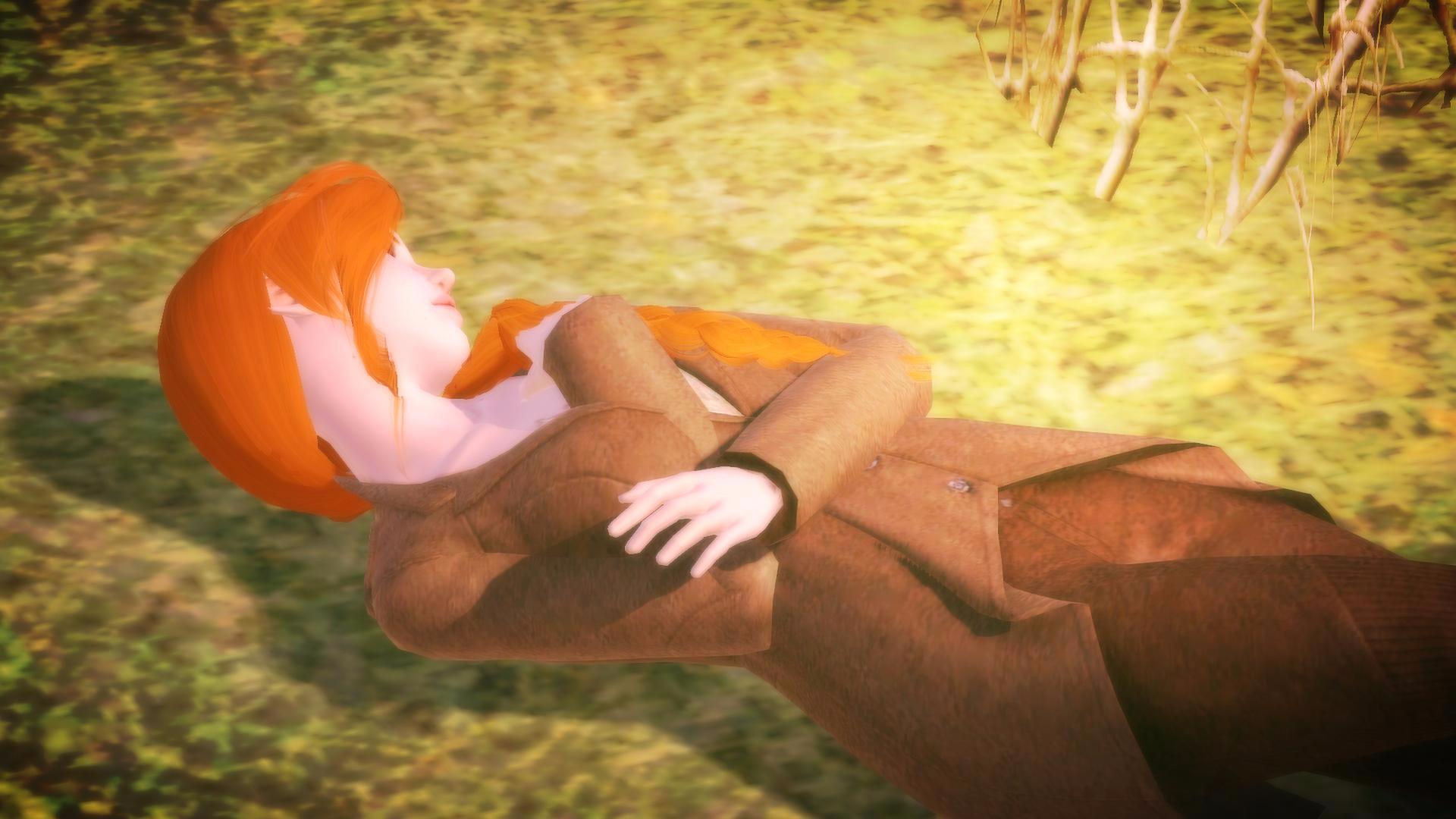 “Jack?” I ask him weakly. My head is throbbing. Everything is throbbing. I felt as though I had fallen off the top of a tall roof accidentally. “Is that you?”
“Soliana! Soliana!” Panic still filled his voice. Could he not hear me?
“Jack, I’m right here.” I try again. Have I fallen off my horse again? Wait, did I ride horses? 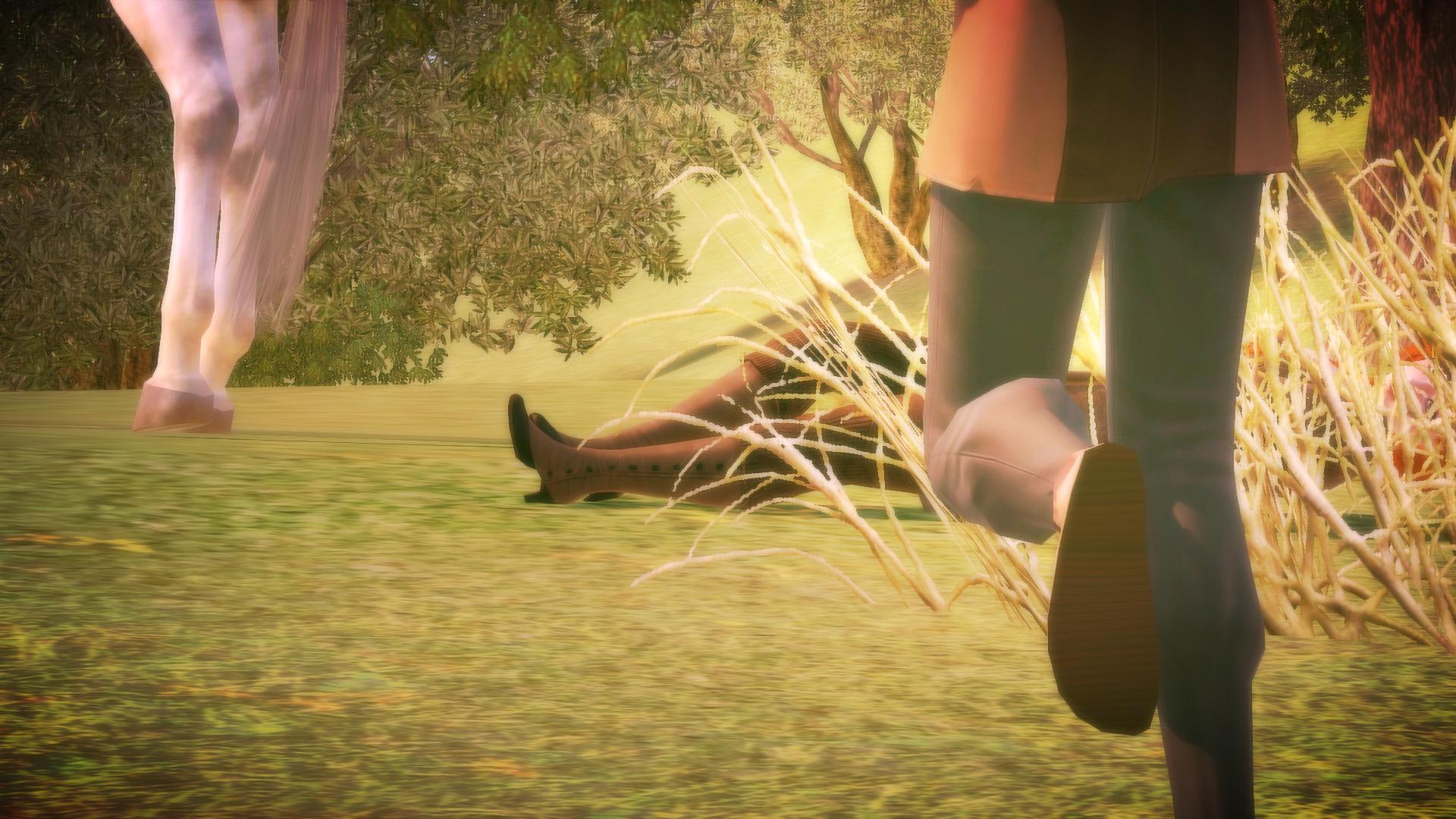 Yes. I think I do. The last time Jack was that panicked was the time I fell off my horse and was nearly trampled. I remember it now.
“Soliana!” At least I can remember how his voice sounded. “Soliana!”
I just wish that I could help him. He sounds so afraid. He’s afraid for me? I love him. I know I do. I think he loves me too.
I know he loves me too. 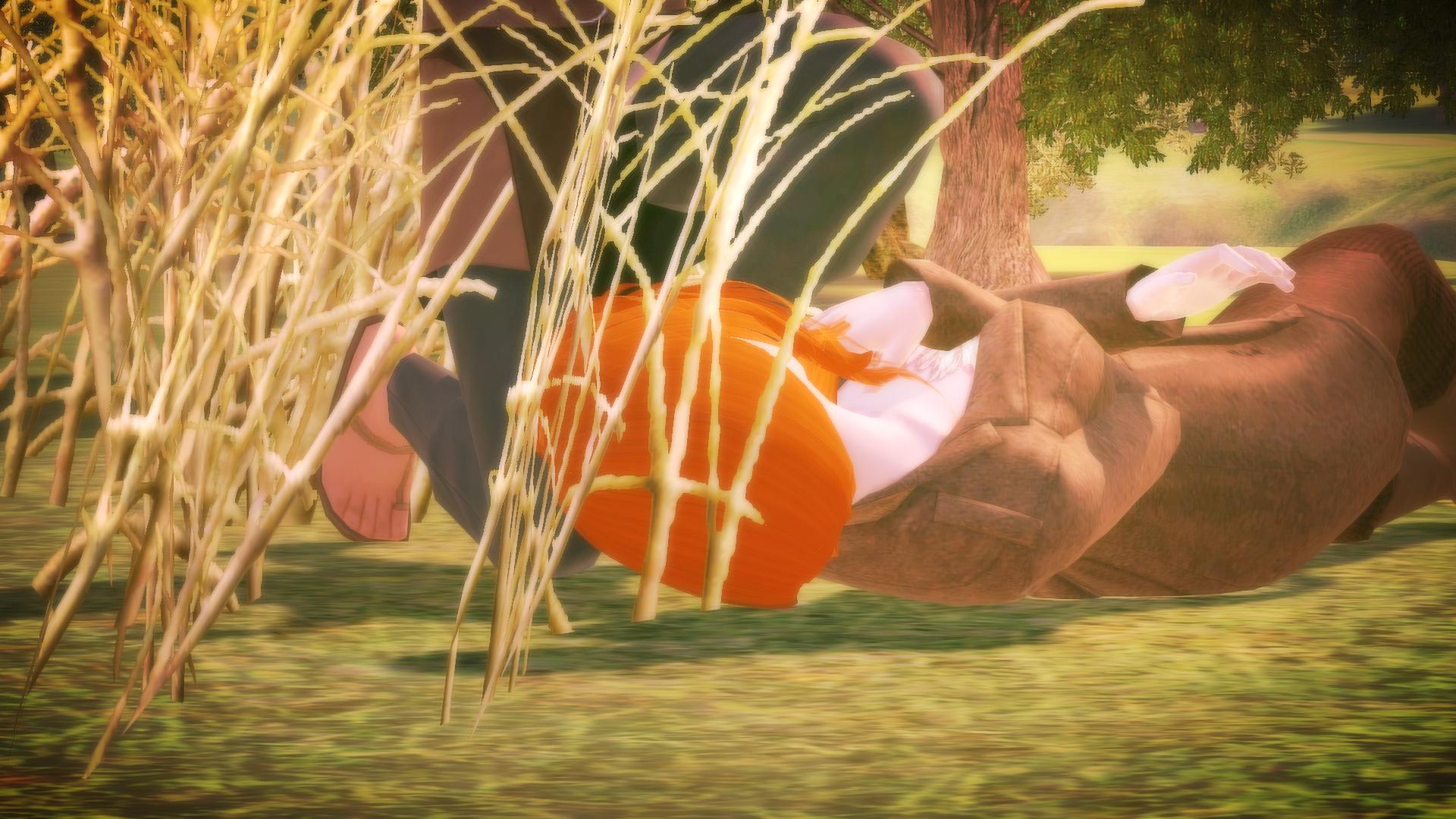 “Soliana!” He leans over me now and I can see him. He’s crying. I don’t want Jack to cry.
I smile at him and hope that he smiles too. “You have pretty eyes, Jack.”
Yes. I remember now. I had told him he had pretty eyes. I remember how surprised he looked at the comment given that I had nearly died. I can see the surprise on his face now. I can almost touch him.
His face isn’t surprised anymore and I’m growing more confused. This isn’t how the memory went. I just know it. “Wake up, Soliana.” 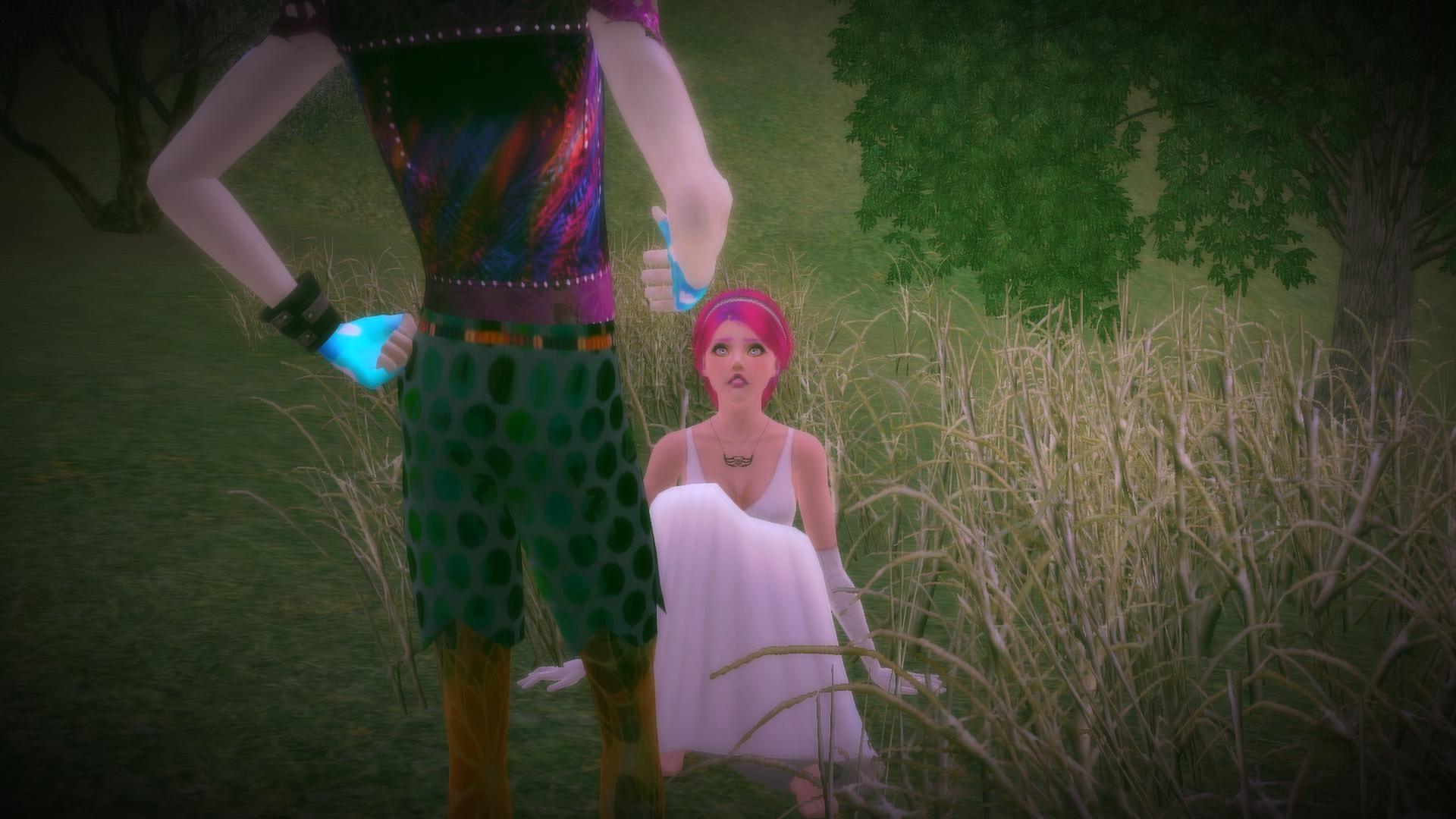 That wasn’t Jack’s voice.
It was the monster.
The ground was shifting beneath me and I was sinking into the muck. I struggle and try to free myself but it keeps swallowing me whole.
“You said ‘no,’ Soliana.” The monster keeps laughing.
I start screaming, but I’m sinking away.
I can’t see Jack anymore.
I can’t see anything at all.

Soliana jolted awake again, screaming as she did so. She clutched herself and felt to be sure that her limbs were all still there. The brightly colored man was reclining on the edge of where she had been laying - some kind of crystal coffin. In his arms he held something - a bowl? He reached inside and began to eat the contents of the bowl. 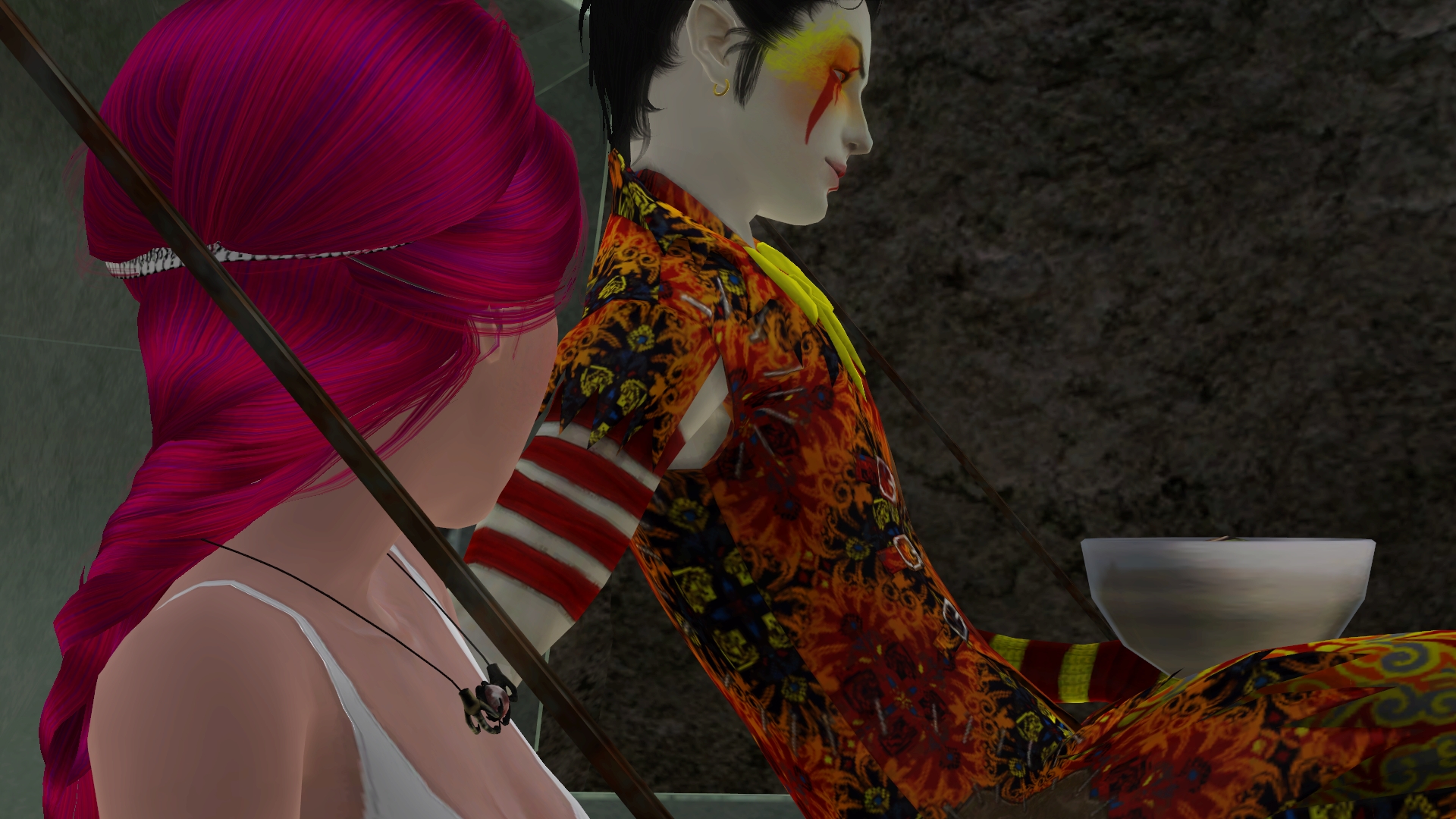 Seeing the food made her nauseated.
The man turned to look at her in an eerie way and he smiled darkly, food still in his mouth. “Want some?” He offered with a full mouth.
She nearly gagged before swallowing it back and shaking her head. She breathed unevenly as she looked around the room. A woman was arguing with something… someone? She was talking at a man. The man wasn’t saying anything back though, yet the woman was shouting as if he had? Soliana rubbed her head as she tried to gather her bearings. 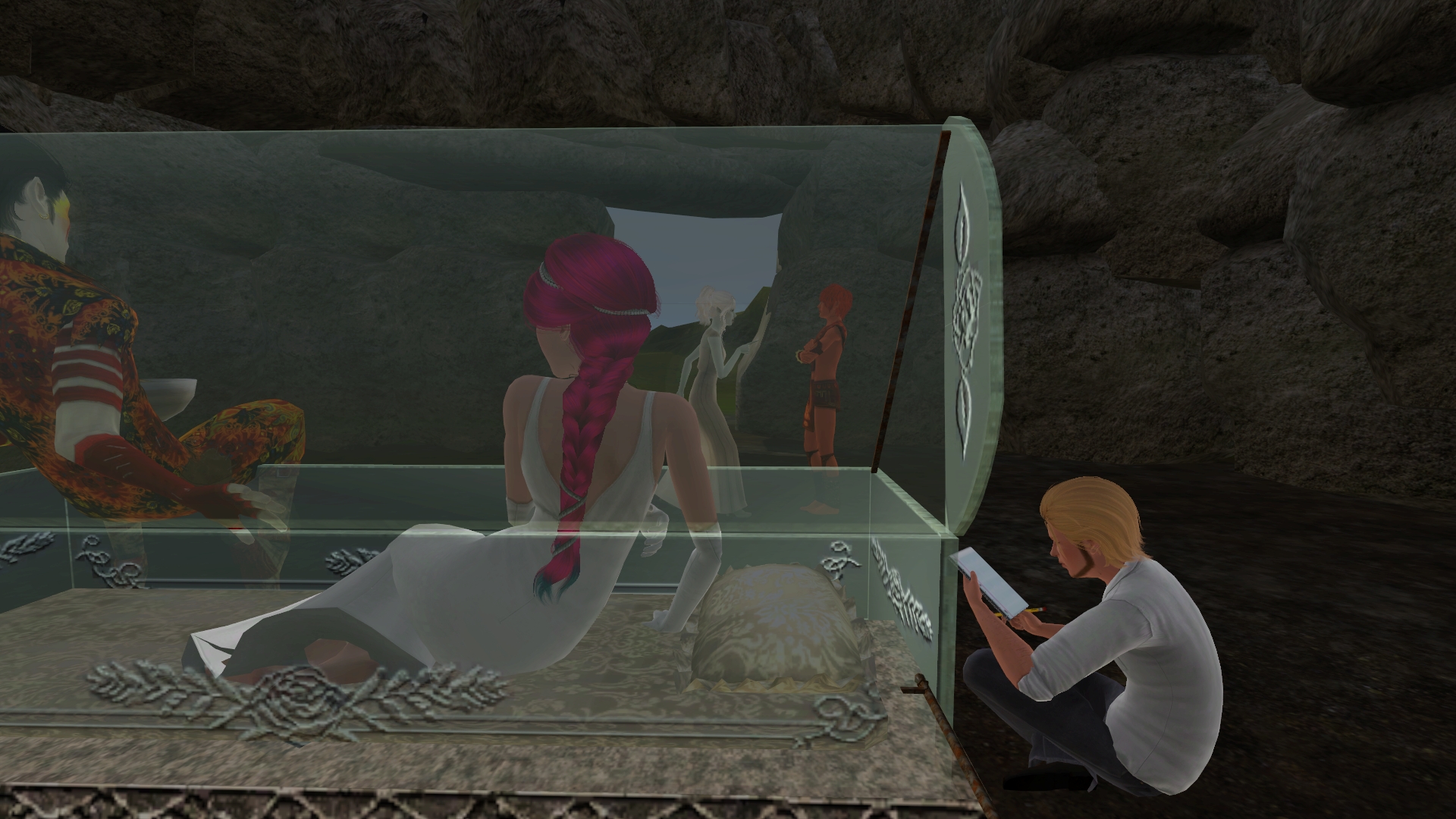 “Don’t mind them. Just an average day for us.” The brightly colored man chuckled as he ate some more of the food in his bowl.
Soliana looked around frantically before scooting back in her coffin. She swallowed hard and licked her dry lips. “The… the monster…” She whispered. “Is… is he coming back?” 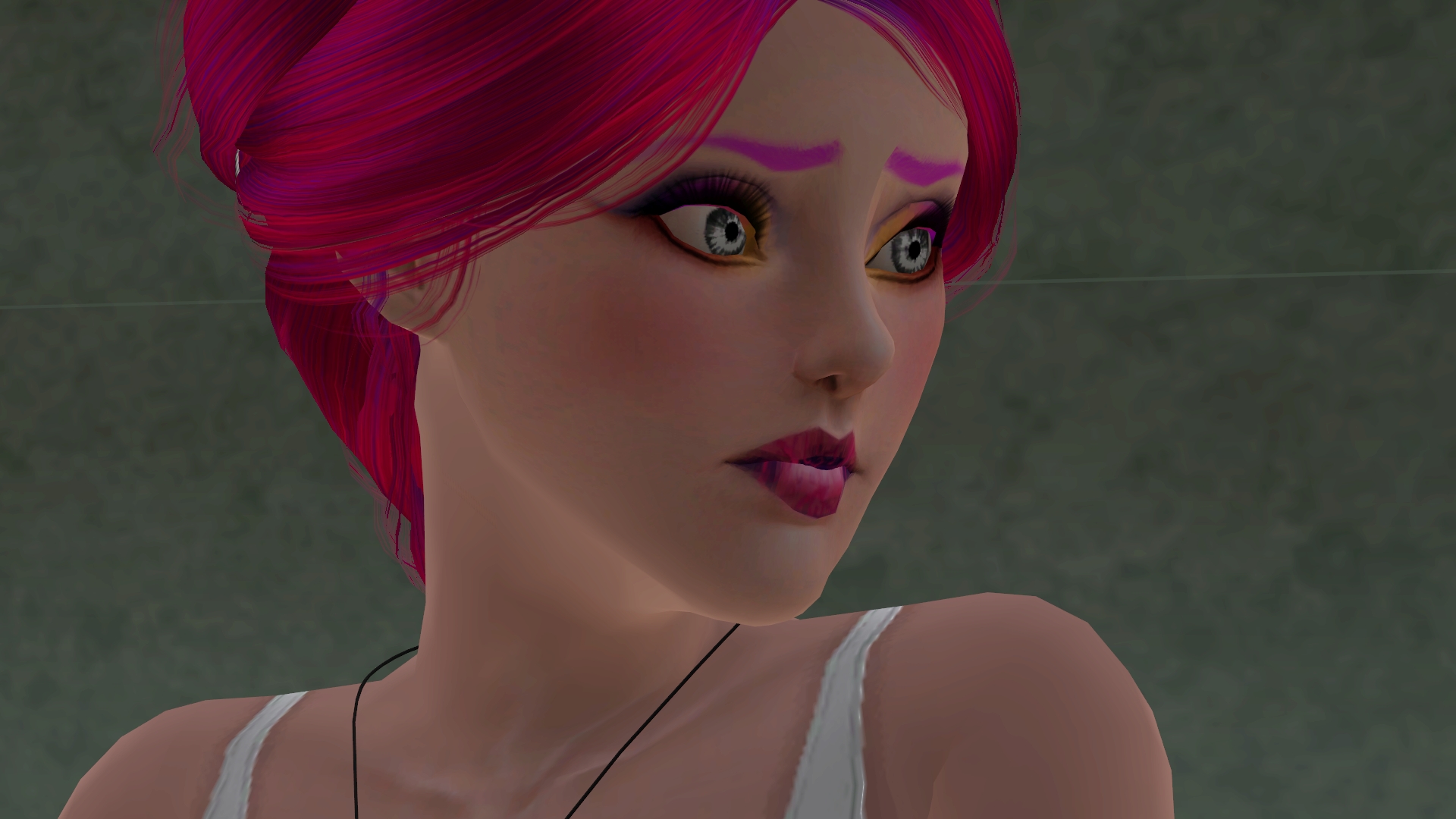 The man dressed in bright orange tossed his bowl away from him and it vanished into the air. Soliana jolted and stared at him wide-eyed. Why was that so familiar? Images flashed in front of her eyes. She had caused things to disappear like that. She was a freak. She had made a glass disappear in front of a dinner party and everyone had screamed. “Lunderbell, sunset’s divine!” The man jolted her from her thoughts.
“I… I’m sorry?” She cleared her throat. 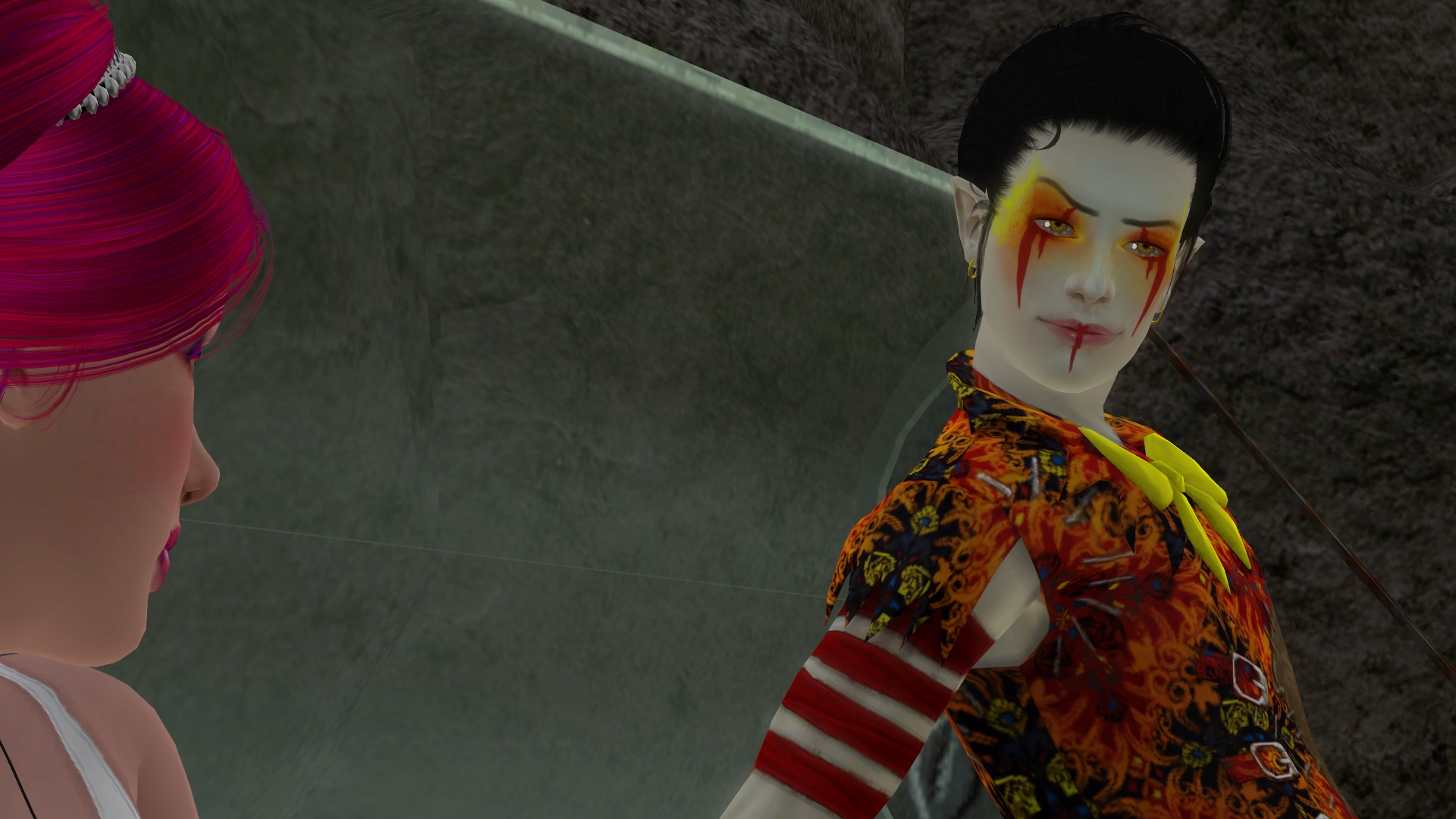 “What monster?”
She was very sure that wasn’t what he said the first time. Or was she? She couldn’t be sure of anything anymore. She stared at him longer and she could see something radiating off of him. It was the same strange aura that radiated off of the monster - her monster. He wasn’t the monster though. Images flashed over her eyes.
The monster had red hair. The monster had red eyes. Yet they had the same magic. She didn’t know how she knew, but she just knew. She couldn’t tear her eyes from the brightly-colored man. “You’re not Zachurr.” 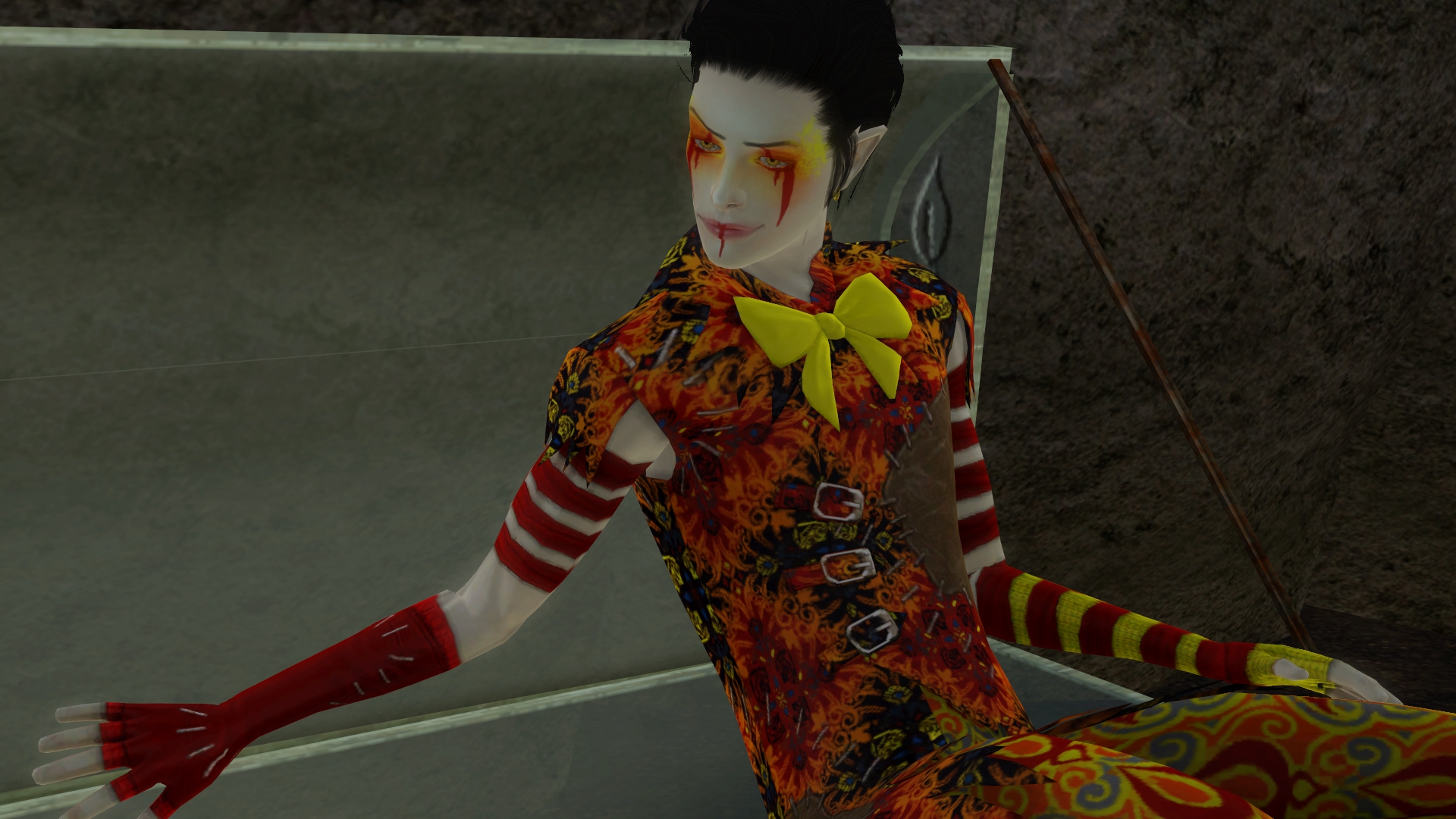 She was surprised she remembered his name. How long had he just been ‘the monster’ to her? He still was. Yet no one had batted an eye at her panic that ‘the monster’ might be coming back. Was he not a monster to anyone else?
The brightly colored man suddenly started grinning and laughing. Had she said something stupid? Was this all some horrible prank? What’s going on? “SMARTY-PANTS!” The man called to the woman arguing with the silent man. “I TOLD YOU I DIDN’T DO THIS!”
The woman rolled her eyes and waved him off. 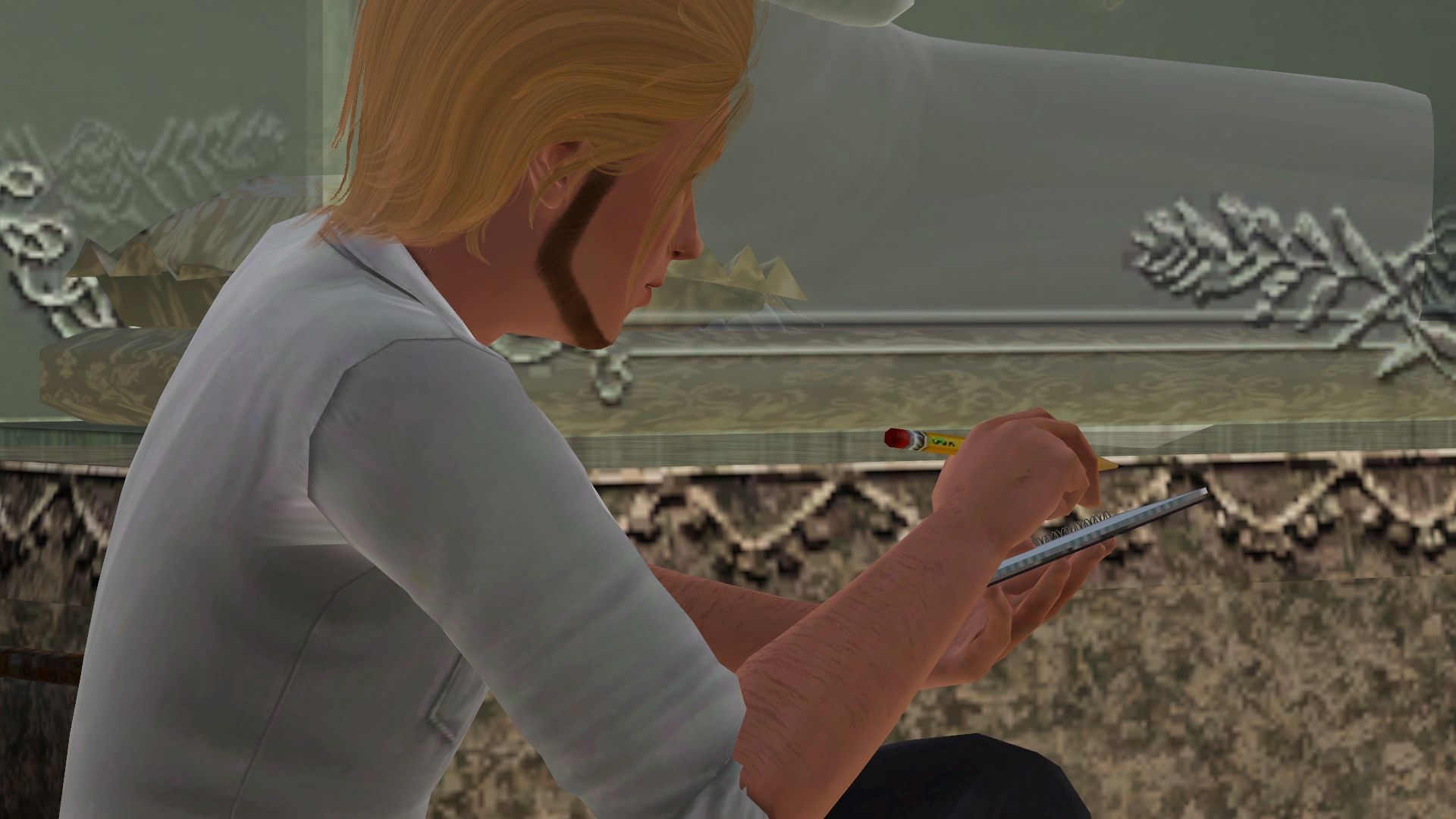 “Fascinating.” A voice from beside her caused Soliana to jump and scoot away from the side of the coffin she had been occupying. It was the same man who had mentioned something about her being electrocuted. He was writing something down in a book. He turned to stare up at her, intrigued. “You’re saying Zachurr did this to you? That’s truly fascinating.” 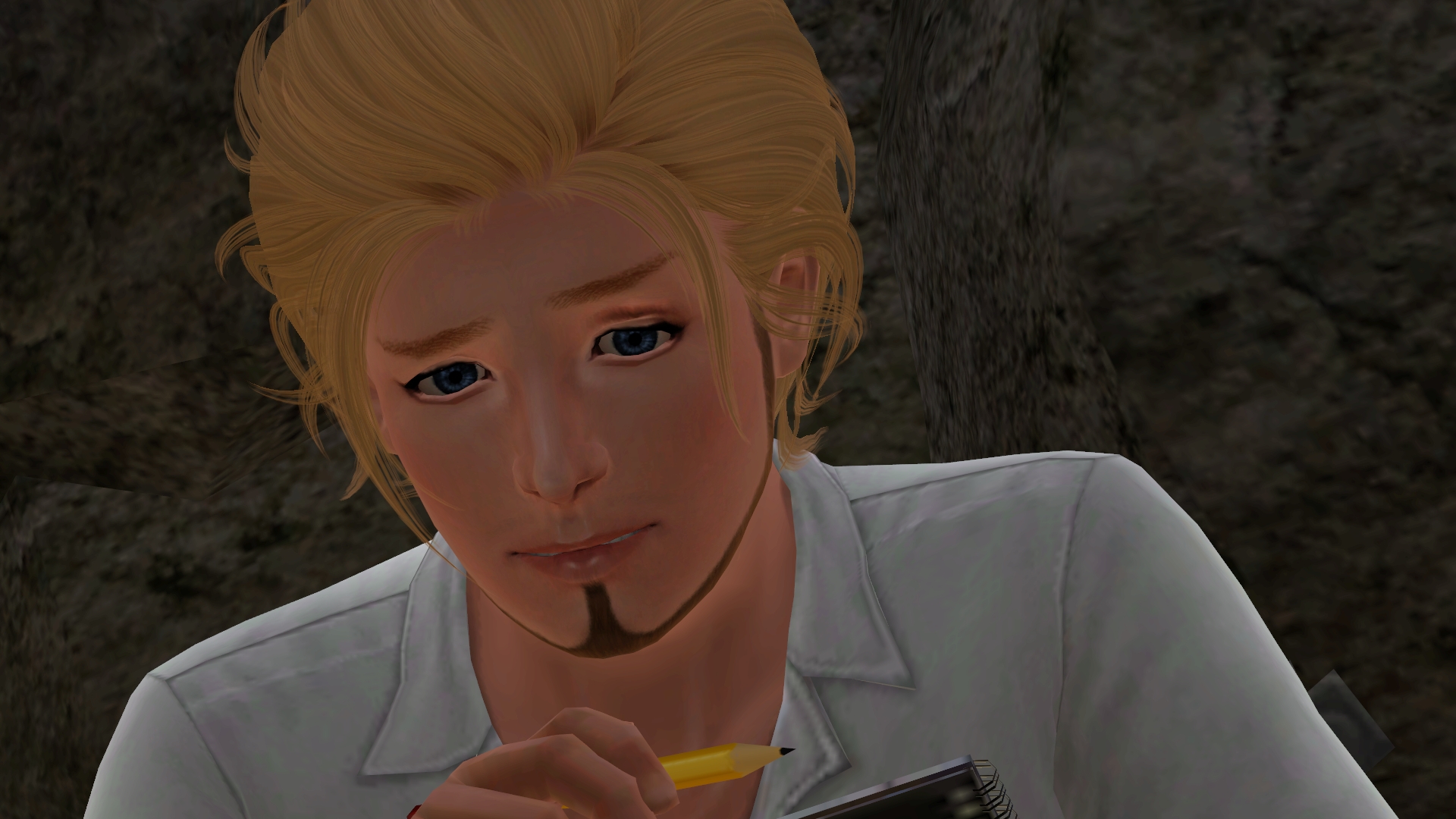 At least someone knew the name Zachurr. She was starting to wonder if she had made it up during that horrifying sleep. Her eyes darted between the brightly colored man on one end of her glass prison to the man taking notes on the floor space directly opposite of the coffin she sat in.
A coffin. Her tomb. Her prison. 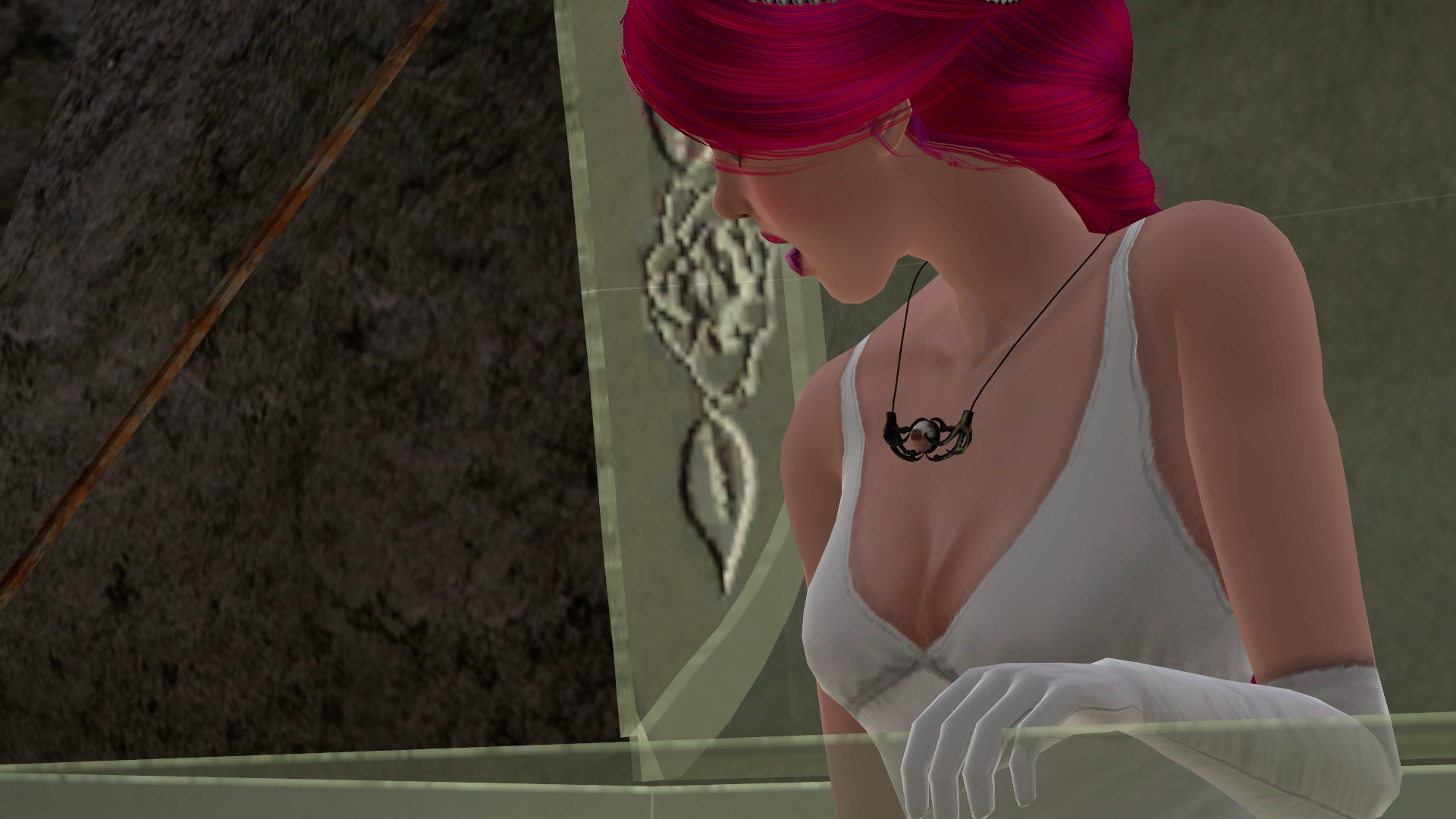 A thought struck her. She scrambled to the side of the glass coffin that the man taking notes was sitting closest to. “Do you know Jack? Can you take me to him?” Her voice was desperate.
The man looked at her, confused, before laughing slightly. Soliana felt her face fall and hopelessness consume her. Was this all just a joke to everyone here? Was she just some huge joke? She just needed to find Jack. The man with the pretty eyes. The man she loved. The man on the floor got one look at her face before turning to the brightly-dressed man and shaking his head. “She’s not serious, right?” 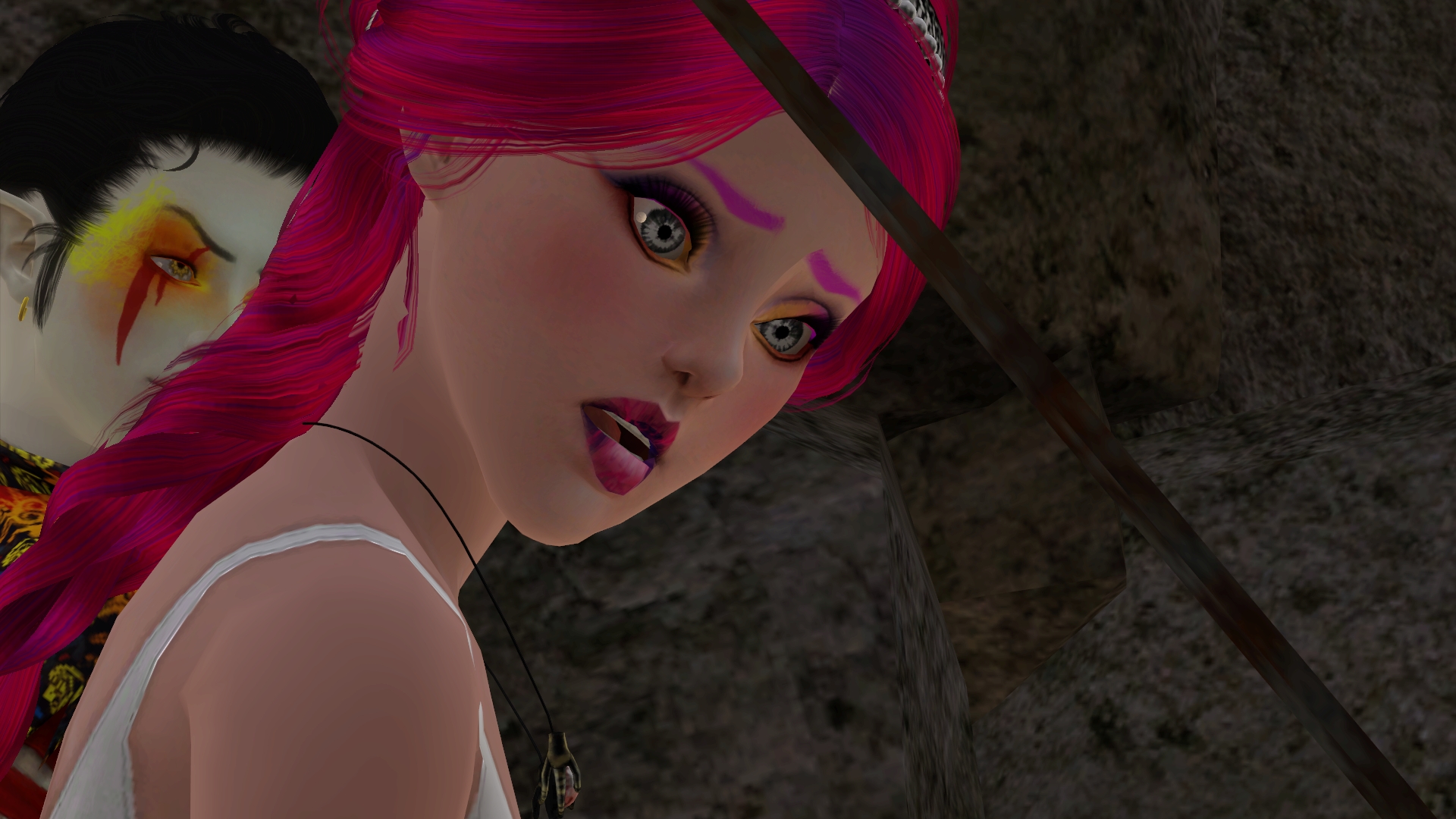 “I am very serious. I need to find Jack. I’m not to be someone’s joke!” Soliana scowled at him. “You’ll take me to Jack immediately!” Where had she learned to demand things like that? It was imbedded into her. It was a reflex. She hardly had to even think about it.
The man laughed again, a bewildered expression on his face as he shook his head. “First things first, child, I’m not taking you anywhere. I don’t listen to your commands, I listen to hers.” He pointed to the woman who was still arguing with the silent man across the way. “Secondly, even if I did have this notion that I would take you ‘to Jack’ I have no idea who this ‘Jack’ even is, and you don’t seem to realize what a common name ‘Jack’ is.” 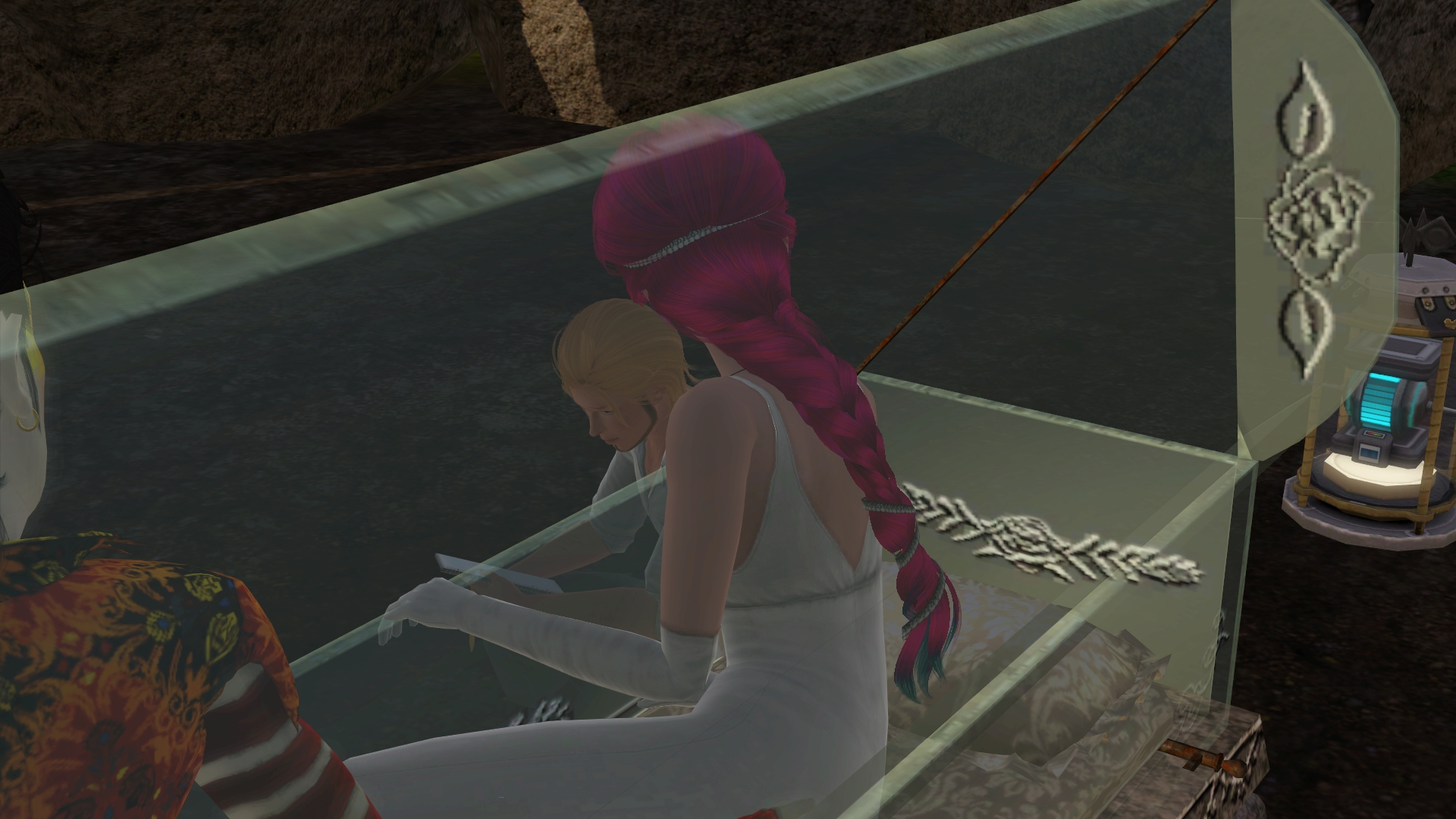 The thought had never occurred to her. “Oh.” It was all she could manage to say as she sat back down. She could feel her hopes being crushed slowly.
“Yeah… ‘oh.’” The man’s tone dripped with sarcasm and he rolled his eyes as he continued jotting things down in his notebook.
Soliana turned around and clutched her knees to her chest. The brightly-colored man was still staring at her curiously and she averted her gaze away from him, resting her cheek against her knees as she felt tears springing to her eyes. 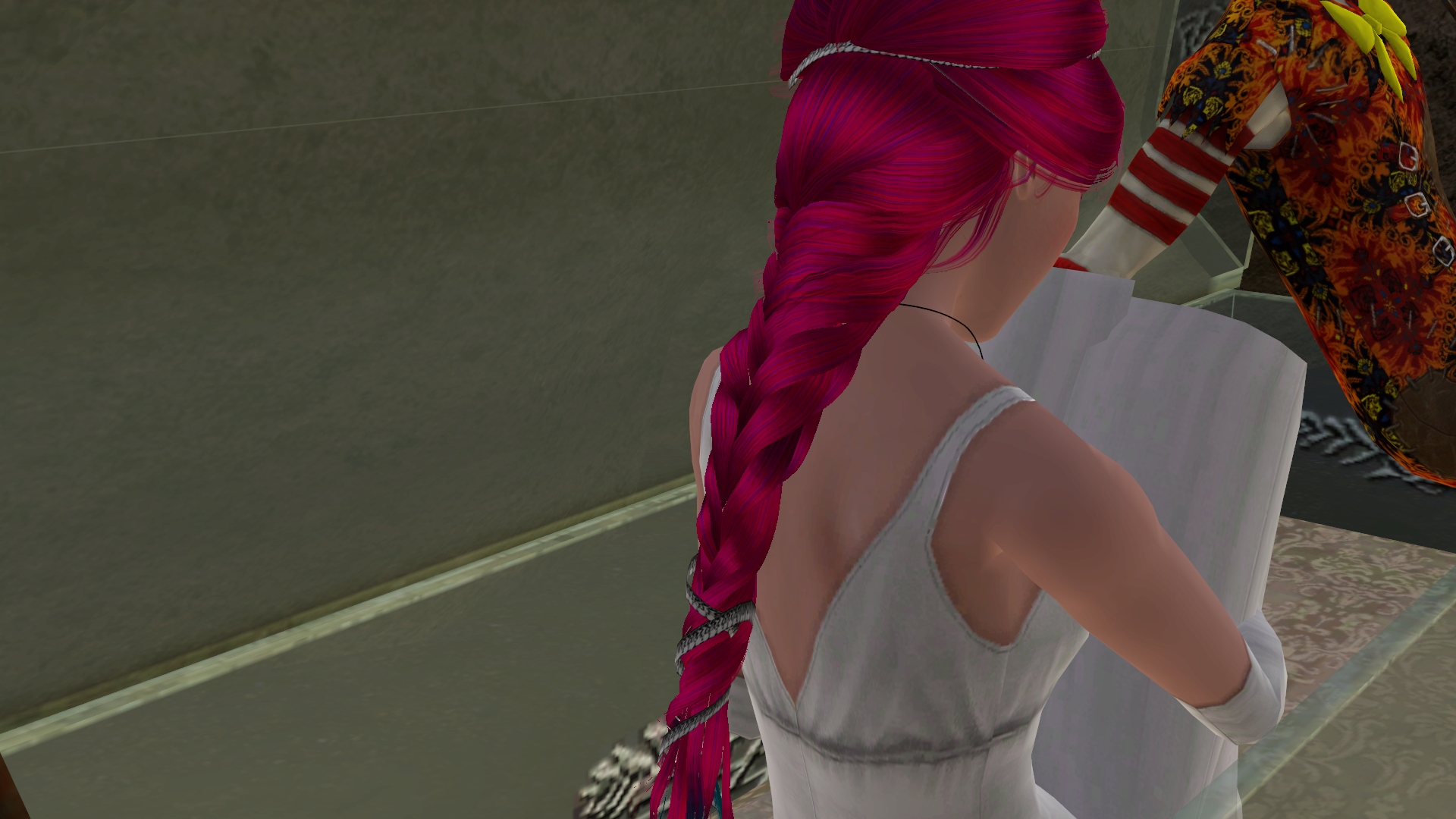 “There, there, little dove.” The brightly colored man shook his wrist until a cloth came into it. He handed it to her gently.
She took the cloth hesitantly before dabbing her eyes. “I don’t know what’s going on…” She whispered. “I just want to find Jack.” She looked at him with big eyes. “Please… you have to help me. I think he hates me. I don’t know why. I can’t remember anything. I just know I need to find him.” 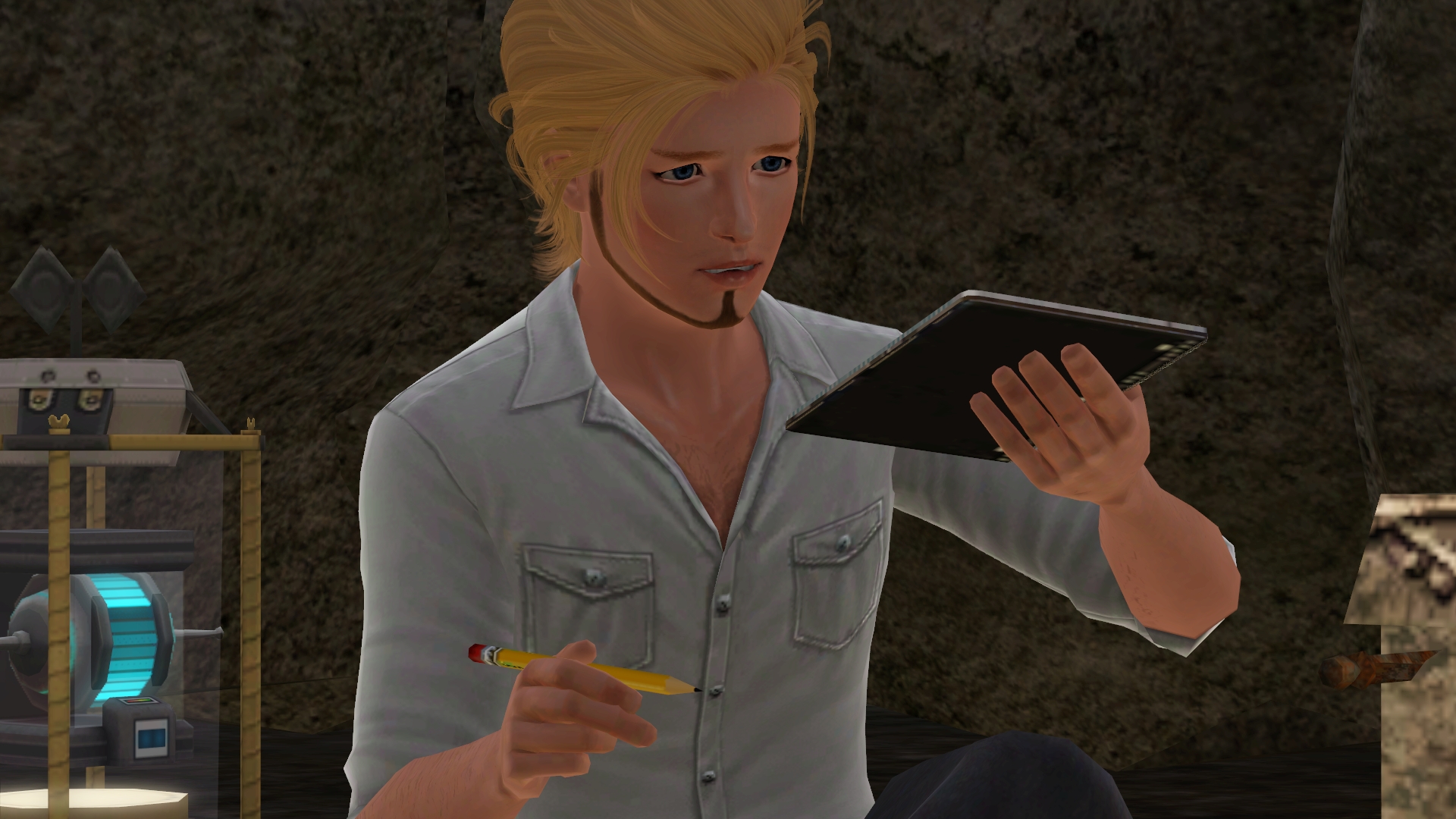 “Don’t worry. He probably doesn’t hate you. Dead people don’t hate many things.” The man taking notes said without looking up.
Horror filled her. “Dead?!” She twisted around suddenly. “You said you didn’t know my Jack, though!”
“I certainly don’t! If you knew Zachurr then you should know that Zachurr died some… 1600 years ago.” The man rolled his eyes.
“1,623 years ago!” The brightly colored man clapped. 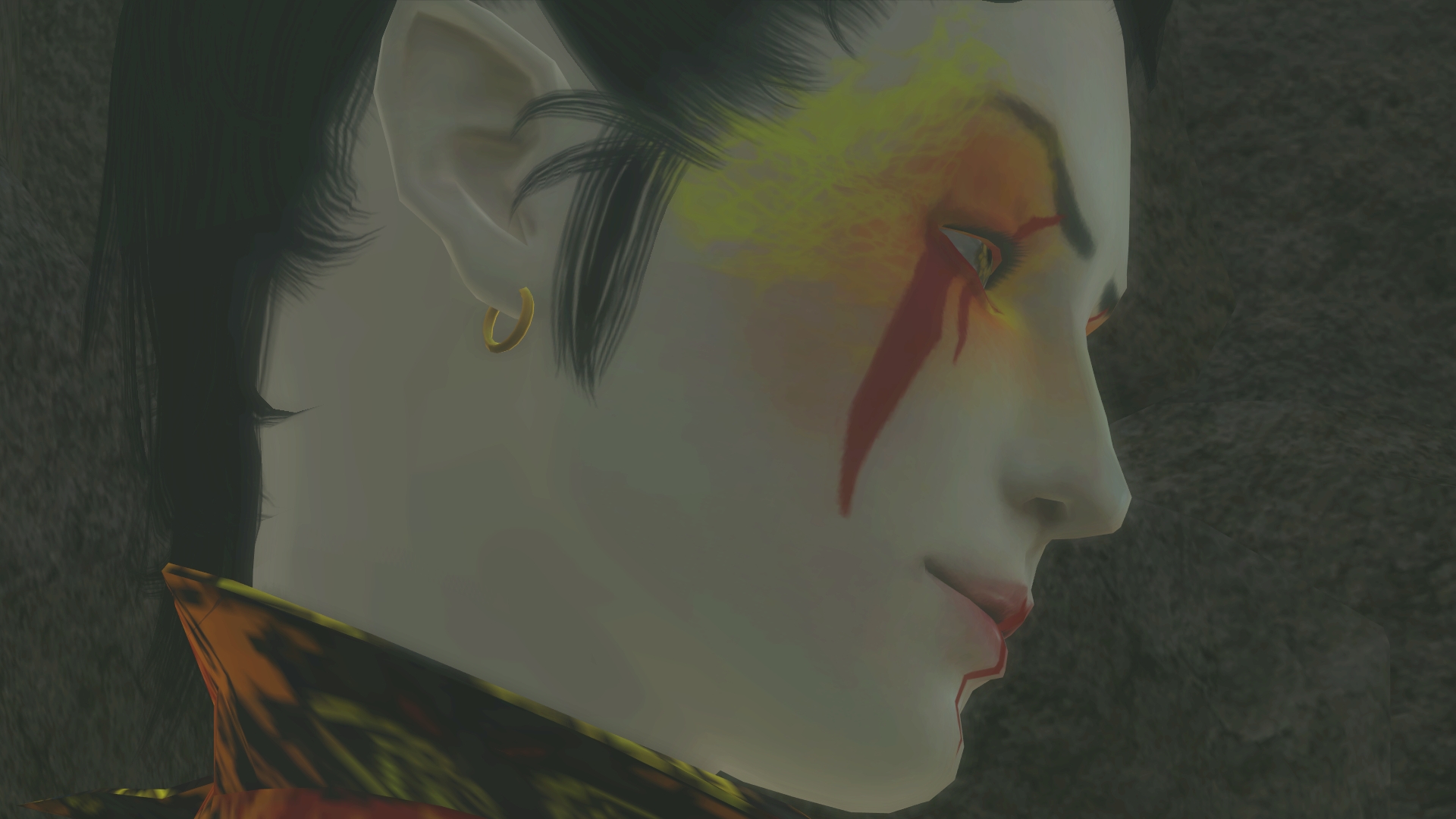 “Yeah, what he said.” The man taking notes murmured. “Meaning that whoever this ‘Jack’ was… he’s either immortal and older than most of the Pantheon of Gods - which is highly unlikely - or he’s dead.”
Soliana could feel the tears spilling over the edges of her eyes as she looked back and forth between the brightly colored man and the man on the floor taking notes. “No…” She whispered. “No, this can’t be real.” 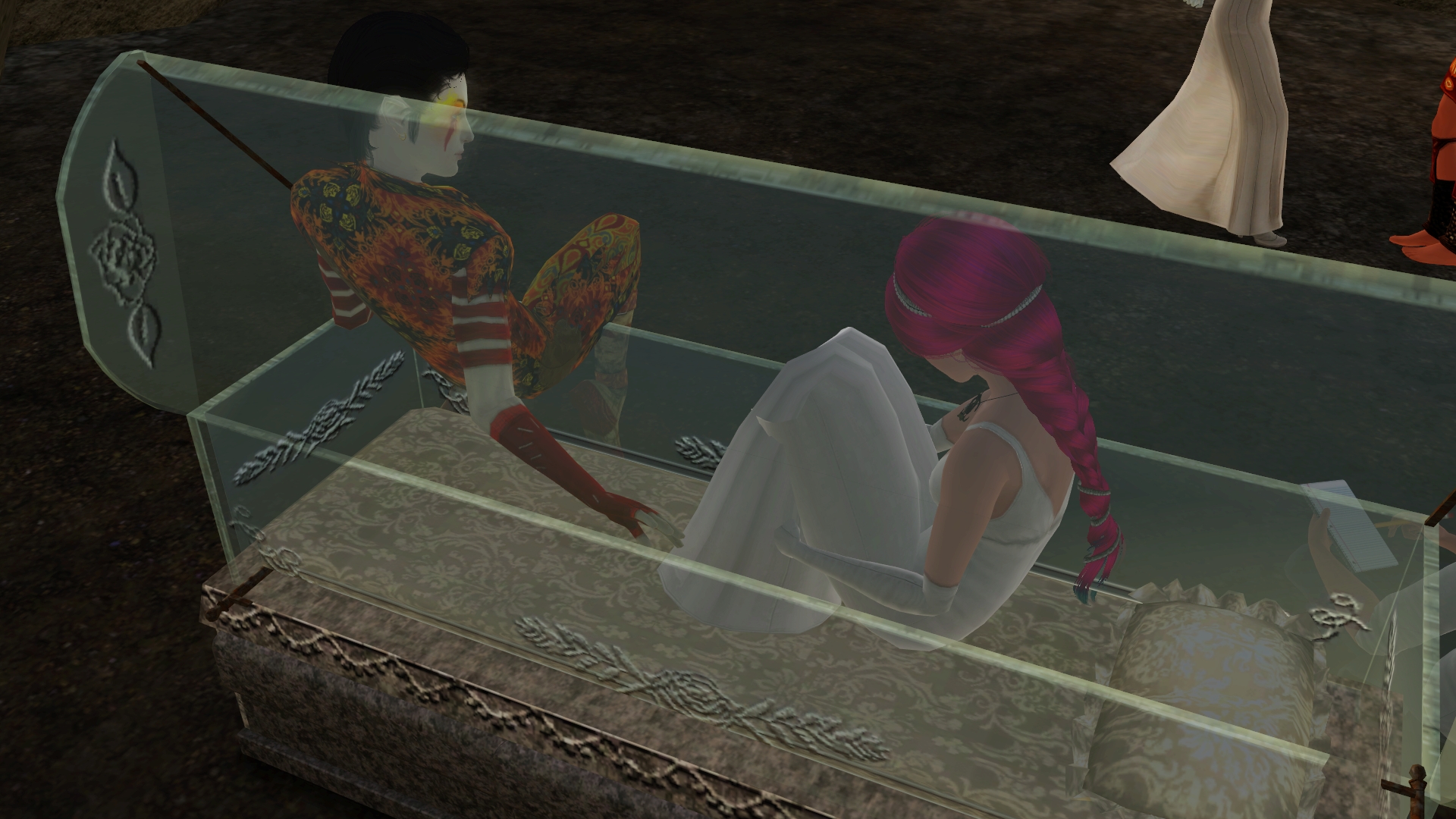 “Zachurr Odaline was the previous God of Magic and Madness - a title that is now mine.” The brightly colored man spoke. “I am Majnun Keeper.”
Soliana wasn’t listening. She couldn’t breathe. “Nearly 2,000 years?” She asked breathlessly.
“More in the ballpark of 1,700, since you knew Zachurr when he was alive. I won’t know for sure until the Madame Irena dates the surrounding magic and your…” He looked at the coffin and coughed slightly. “...quarters.” 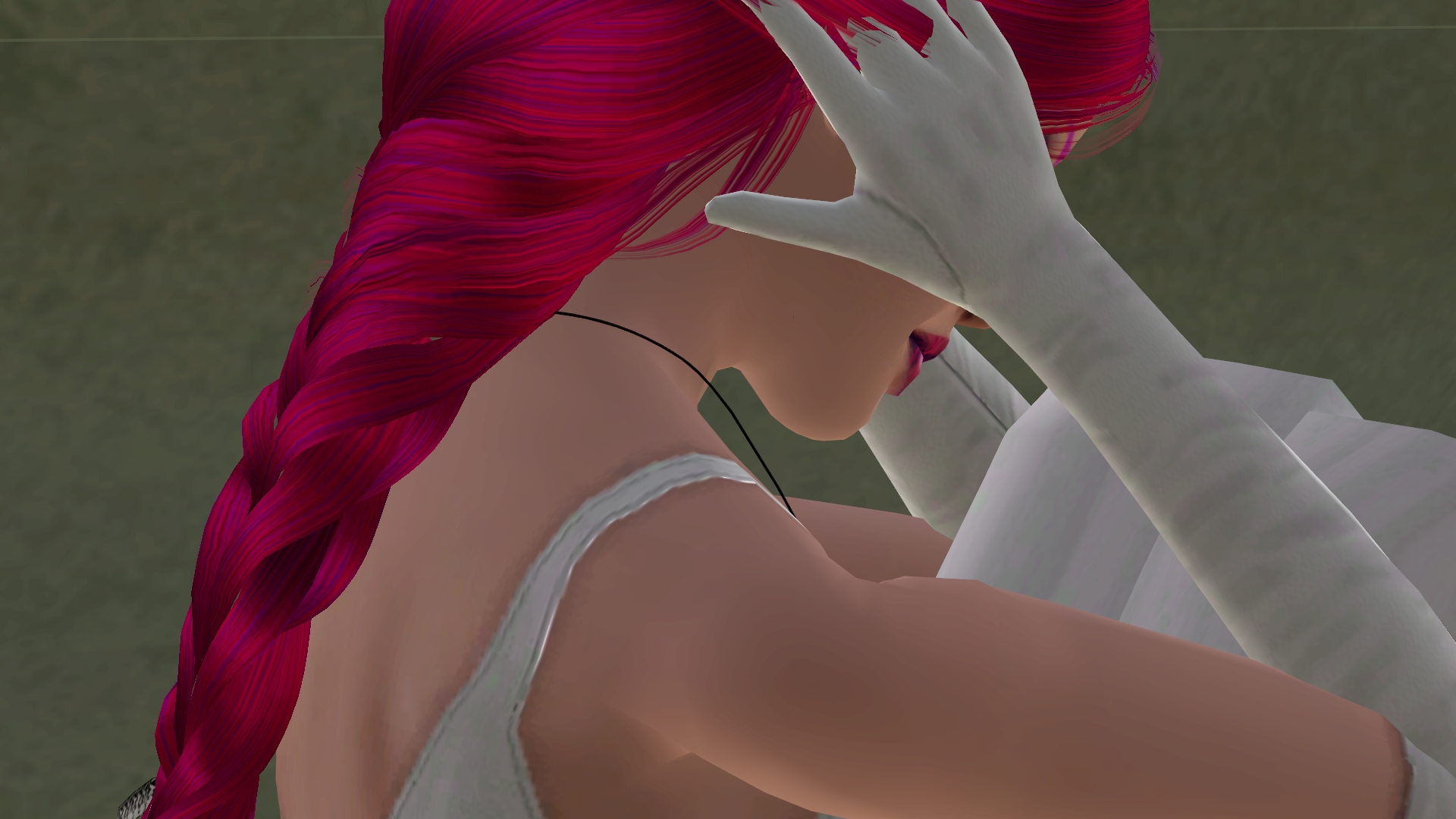 Soliana covered her ears then. It was a trick of children. If she couldn’t hear them, they couldn’t be speaking the truth. She closed her eyes and willed everyone away. She would open her eyes and Jack would be there. This prank would be over. She could apologize to him. He could help her piece together her memories. She could tell him he had pretty eyes again.
She tried and she tried but she couldn’t will away the truth. 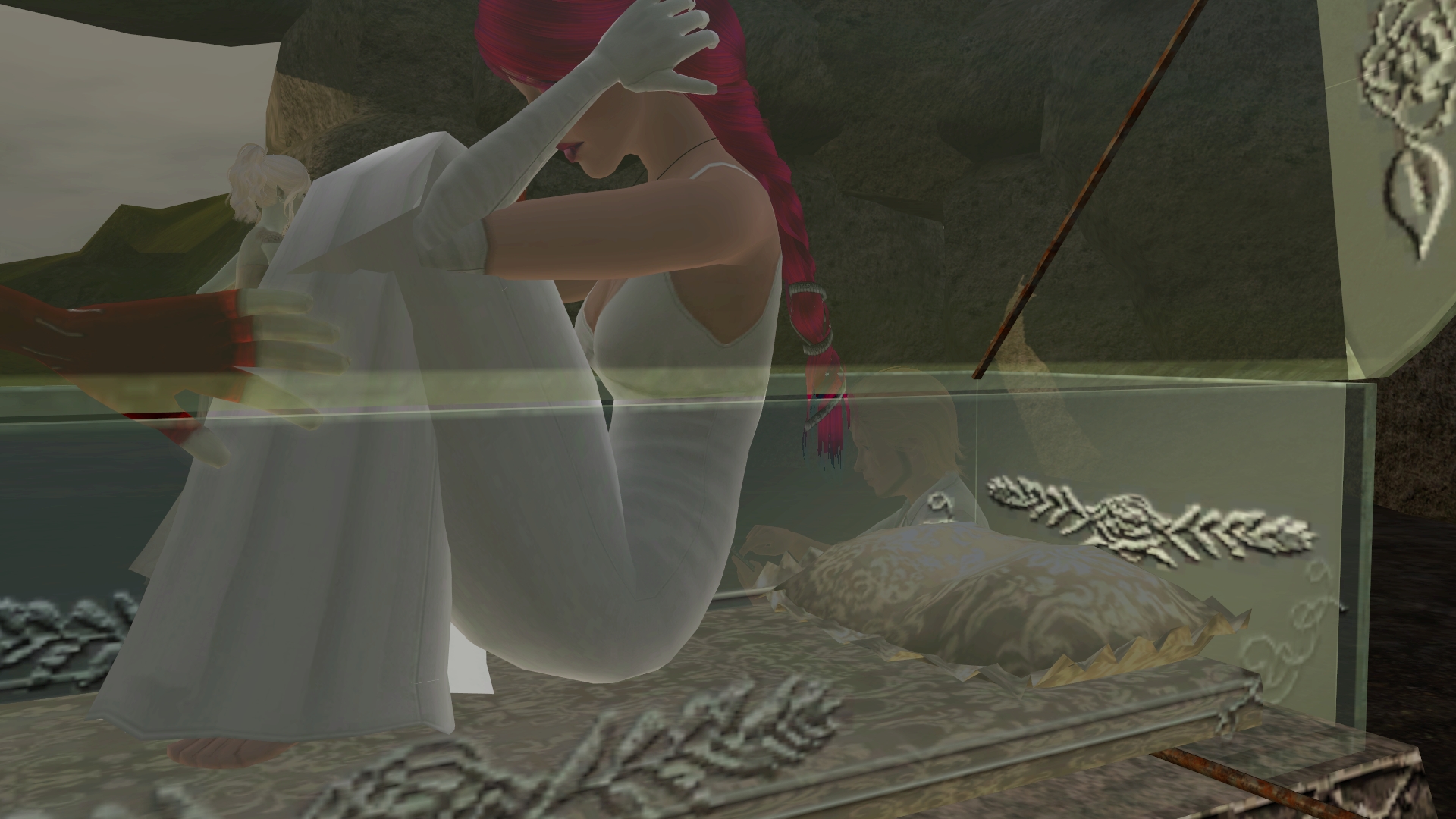 She had been in this coffin - this tomb - for nearly 2000 years.
She had no discernable memories. No family. Nothing she could ever recall except for the one man she loved. Jack. Her Jack. She was completely alone. 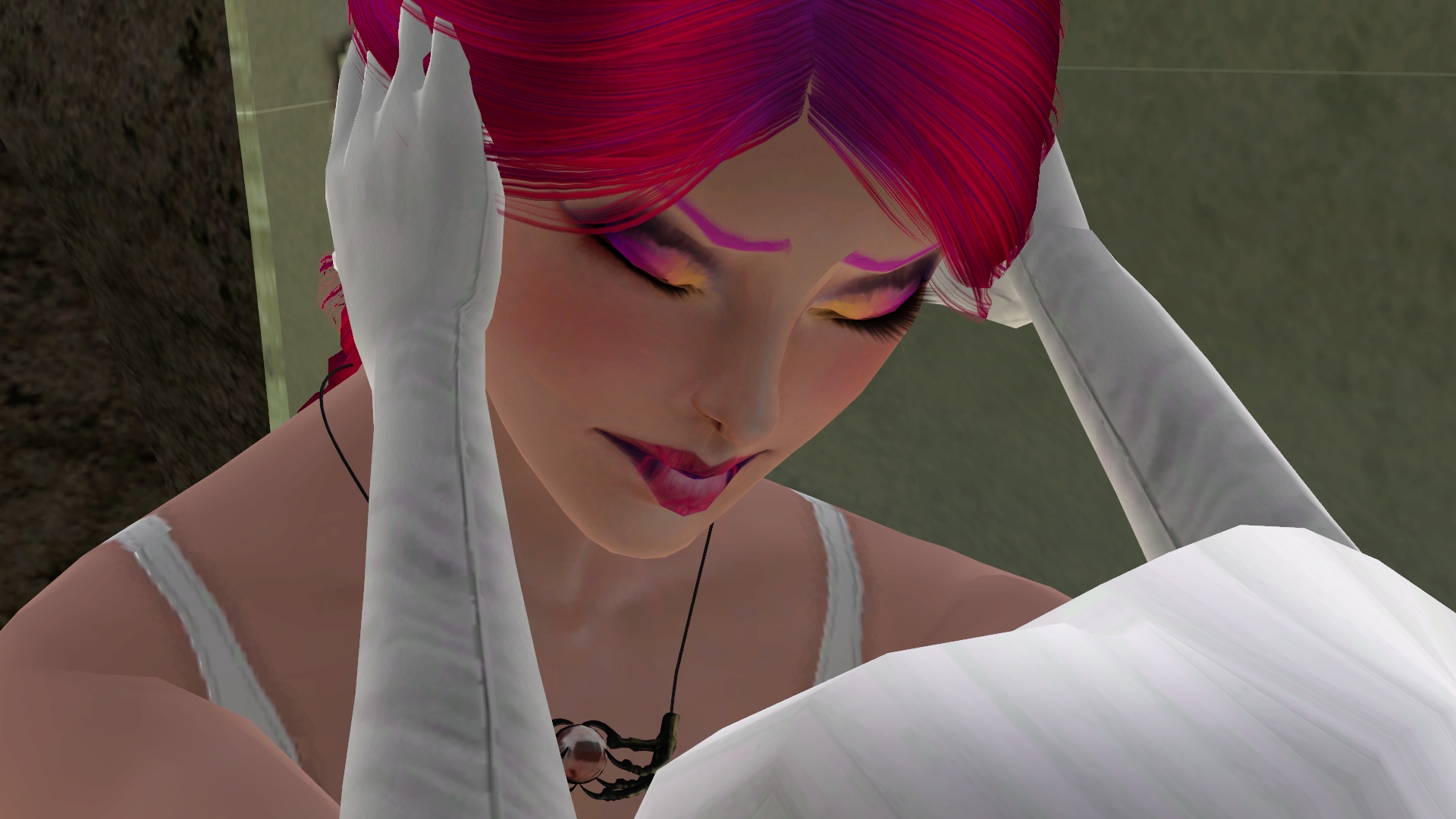 Her Jack was dead.