Agonin’s fingers brushed down the paper.
It feels ridiculous to me that you're using a letter to know me by. It feels unfair to you, so please, call me Sol. 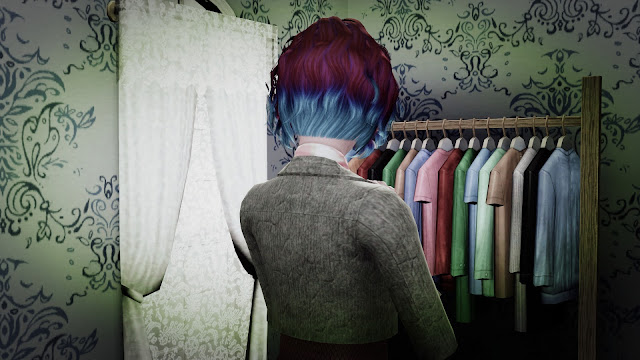 A name is a heavy thing, but this one felt heavier than most. It stirred something in him - something he couldn’t place.
Sol.
How intimate to know… just a name. He knew many names, yet it was because it was hers it made it... more. 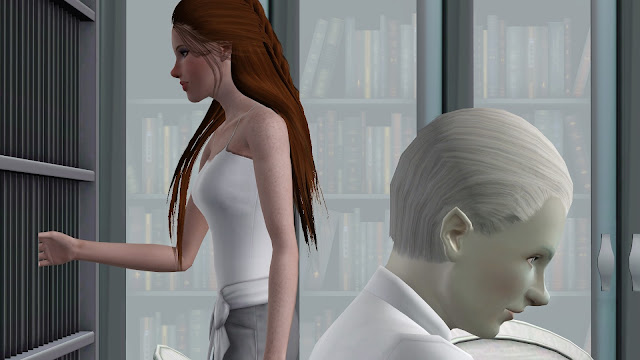 He went into this knowing his letter might not be returned, and if it was that she might treat him formally - treat him as one would treat a god.
Sol.
Sol though… she surprised him. 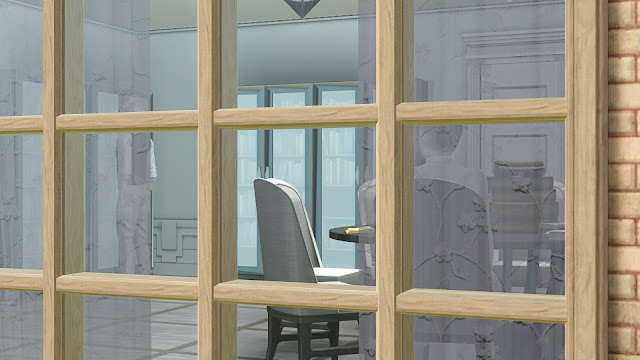 She mentioned it wasn’t quite her name, but implied she would give it to him if she were permitted.
Perhaps it would be safer if he didn’t know, but part of him wanted to.
How hard could it be to dig through some files? To pull a few strings? He could have her name in a matter of minutes if he ordered it.
But he didn’t want to order it. That was not his style - that was not his place. 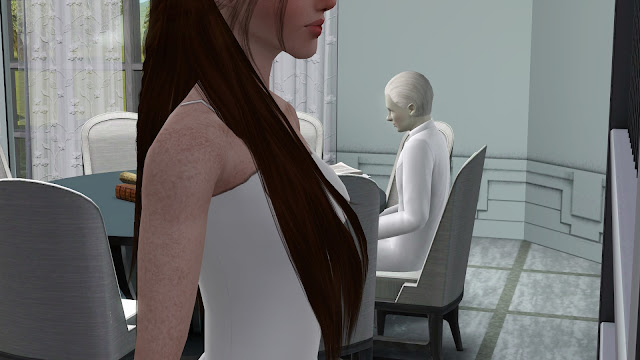 He wanted to know her as she was. That’s why this weighed so much.
She gave him a glimpse of who she was behind the pages of the paper she wrote on.
This came without him prompting her, or without her feeling overwhelmed and intimidated to.
It was a glimpse, and he was captivated.


~~~~~~
Sol,
What an honor it is to know you by a name - as I know it is not something given lightly. Names can hold a great deal of weight, and that’s something I’ve grown very familiar with. ‘Agonin’ was not the name I was born with, but merely one I took when I rose. It helped me shed the weight my old name bore, which was something I needed. Perhaps that’s what this name will be for you? 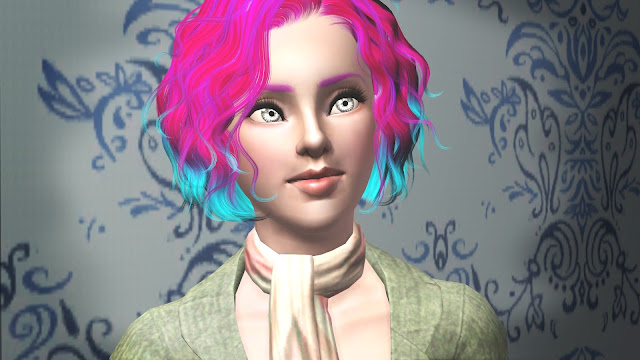 Good friends seem to be hard to come by, so I’m grateful you have someone like Jonnie. It can take quite some time for me to feel adjusted somewhere new, so I hope you’re not self-conscious of your own adjustment time.


“Girl.” Jonnie emphasized, his mouth hanging as he could barely comprehend the information that had just been given to him. He repeated, “giiiiirl!” 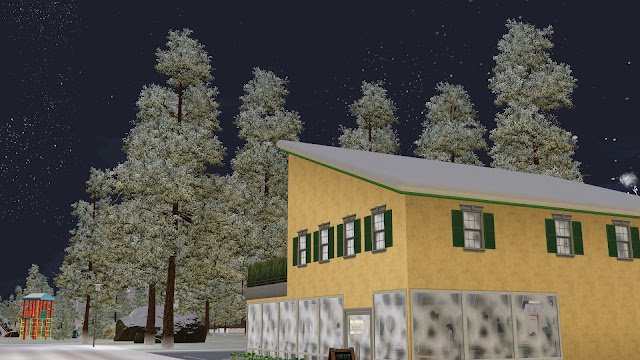 Soliana gave a loose shrug, trying to seem nonchalant about it, it wasn’t working.
Jonnie finally closed his mouth poured more wine into her glass, his voice mulling over her words. “Two… thousand… years.” He shook his head and once again enunciated, “girl!”
“I slept through most of it. All of it, actually.” She frowned quietly to herself. In all the months she'd been here now, she decided it was finally time to let her closest friend in on... well... everything.
He already knew about Jack, but now a lot of the blanks seemed to have been filled in. 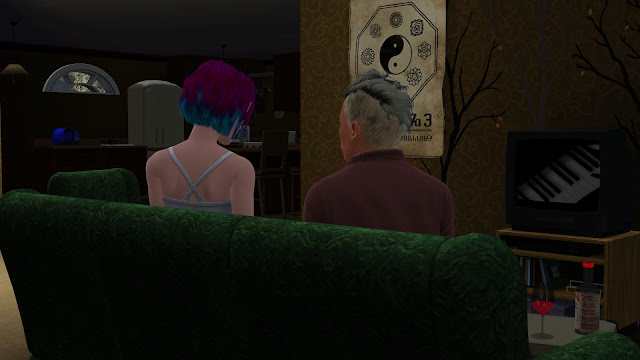 “Ho-ly fuck.” Jonnie took a big sip of his wine before setting it down and laughing. “You need to tell me how you stayed in such good shape - if I sleep for more than 8 hours I can practically feel my fat shifting for my ass… not that that would be a bad thing, necessarily.” He winked.
“I was his doll, he used magic to do a lot of it.” It was weird getting to see Jonnie without his contacts in, but she liked it. She liked all of what she was doing.
In fact, she hadn’t liked this much in so long she’d forgotten what it was even like to like something this much. 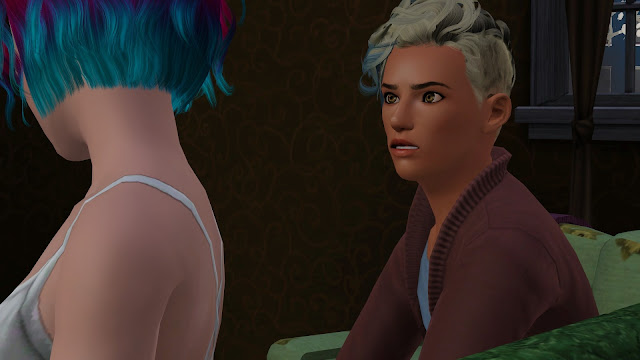 “That’s two-thousand ways of fucked-up, girl. He’s dead, right? Way dead? Buried under? Has his grave been stomped on? Has it been stomped on enough?”
It was also a reminder of how, despite all the huge changes that happened in the time she slept, some things hadn’t changed. She used to have sleepovers with girls at her boarding school. They’d laugh and steal wine from the kitchens and dance and play games. Now here she sat in Jonnie’s living room, drinking wine and talking about things she’d kept inside for far too long. She took a drink of her wine. “You know I don’t actually know if he has a grave. I know Agonin killed him, so I suppose I can always ask.” 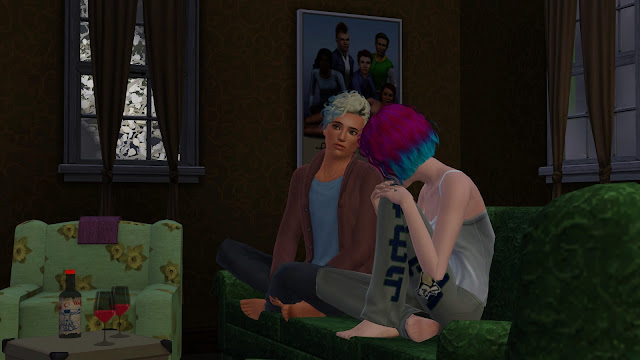 Jonnie snorted, “we can march into one of his temples and demand to know where they stored the corpse!”
That made her laugh, “or I could write him.”
“WRITE him? Good gods, Sol! I may have flunked history back in school twice, but I’m pretty sure you can’t just write a god… or can you? I did flunk history twice after all.”
“He actually wrote me first when I was stuck in the Library. His letter gave me hope.” She smiled to herself, thinking about it.
“He wrote you? What?! A god has been writing you? Sol! Girl!” Jonnie fanned himself. “Now I know you’ve gotta be pullin’ my leg!” 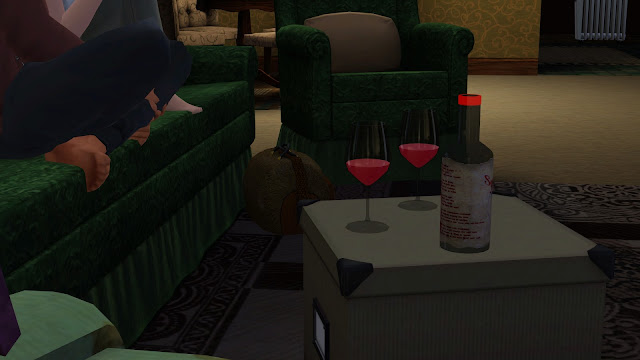 “Actually, I have his last letter here! I responded to it before I came over.” She dug into the bag she borrowed from Chrysanthemum and Isidore for this sleepover. She had been afraid trying something new, so she thought if she brought Agonin’s letter seal with her it might make her feel better, and it had. It was an extra layer of caution that made her feel safe.
“Are you sure it’s him writing to you, and not someone underneath him?” Jonnie said skeptically as she went through her things. 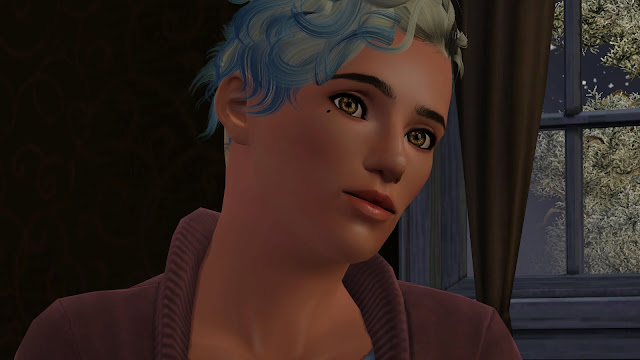 “He’s had no reason to lie to me, besides, he told me about what he does as a god, and was fairly specific…” She felt the need to defend him, even though Jonnie hadn’t really attacked. She just knew it was him. She could feel the sincerity in his letters - the earnestness of someone from her era; the loneliness of someone who’d been through something similar to her. She flashed the last letter to Jonnie and he snatched it from her hands. 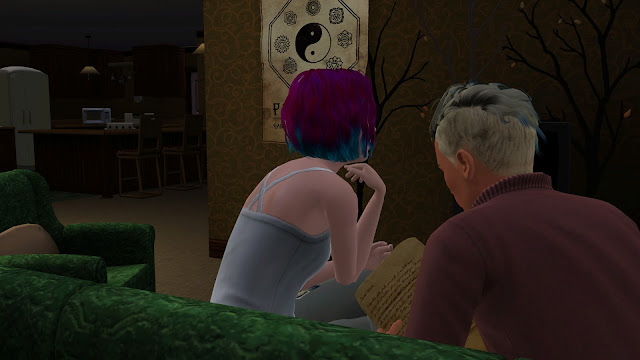 “‘Sol,’ ooh that’s one fancy ‘S’ he writes. ‘What an honor it is to know you by a name-’ good GOD girl you have this poor man hooked. Is he cute at least? I mean he’s a god right, aren’t they all older than the dirt we walk on?” Jonnie’s eyes continued skimming down the letter. “Ah! You’ve talked about me? Oh I’m famous now!”
“He’s from my era, so it makes him very easy to talk to. I don’t… actually know what he looks like.” She pursed her lips as her feet nudged each other. She’d never really given it much thought, she hadn’t needed to! “He’s been so kind and thoughtful, I can only imagine the outsides likely match the insides.” 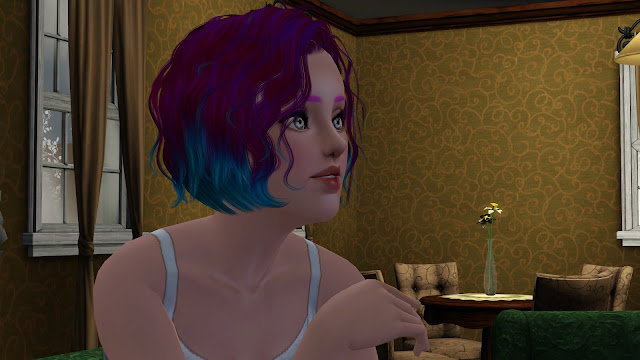 “So he’s super old, are you sure he’s not some grandpa with a cane?” Jonnie continued combing over the letter.
“Well he’s got a lot of magic… if you had a lot of magic how would you look?” Soliana giggled.
“Touche…” He relented before shaking his head. “So did you write him back yet?”
She nodded, “I did before I came over. I seal the letters with this magical thing he gave me and they disappear into the air.” 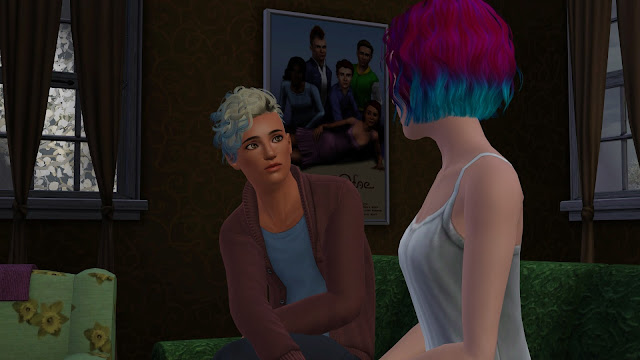 “Good gods girl! You’re living in the future and I’m over here with my TV I have to hit to get working!” He laughed.
“Yet from my perspective it seems you’re much farther into the future than I am, as letters have always been around, this… TV has not.” Soliana smiled and took a sip of wine again.
The wine really wasn’t as strong as it used to be, or maybe she’s just imagining it. It was strange to think that people primarily drank water these days. It definitely took getting used to. 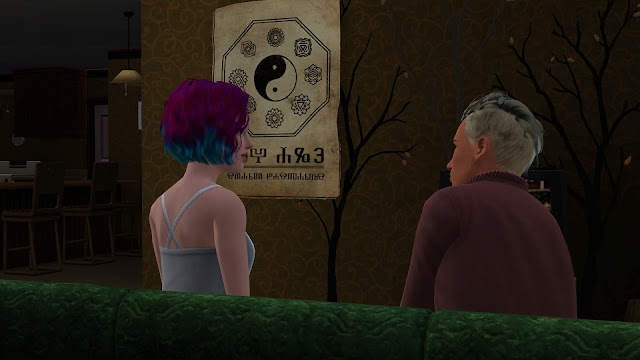 “I guess we’ll have to bring each other up to tech speeds! And I’m going to start that by starting the next movie-”
Movies were very interesting things to Soliana: easy to get lost in, yet also a little depressing. There was such magic and wonder to be had there, but it always ended.
Not to mention, she didn’t always agree with the choices those she’d watch would make. Who eats an apple given to you by a strange, questionable woman at the door?
Who would wear glass as a shoe? 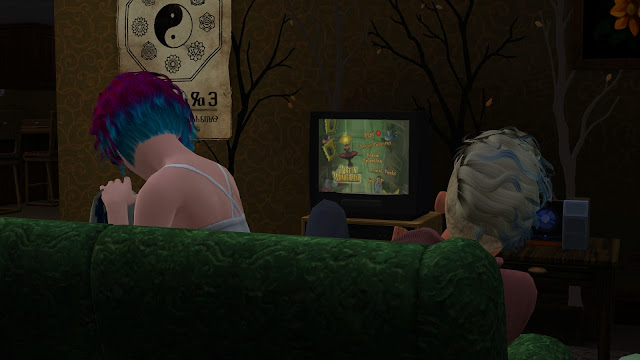 She’s had wood in her shoes to help with pointe dancing, but never an entire shoe made of wood, or anything else that uncomfortable for that matter. Glass just seemed even more preposterous.
Jonnie explained it was one person who made all of these movies many years ago, and that a lot of them had a similar style. He said he watched a lot of them as a small child, which makes him enjoy the movies from the familiarity.
The word he used was nostalgia. 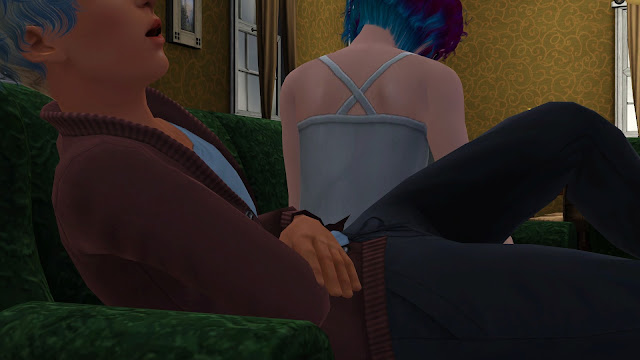 Was she nostalgic for anything? 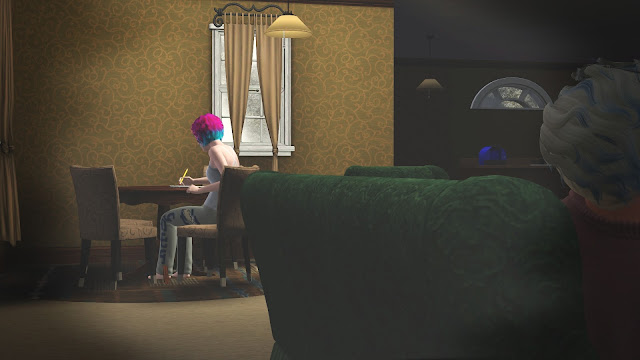 I know, this marks the second letter in a row, but I can’t sleep and… well I decided I’d write you instead. My dear friend has fallen asleep during a run of movies he started. We’ve been going in order from oldest to newest and I think he fell asleep midst the movie about the young girl who fell down some hole and consumed rather questionably marked things. 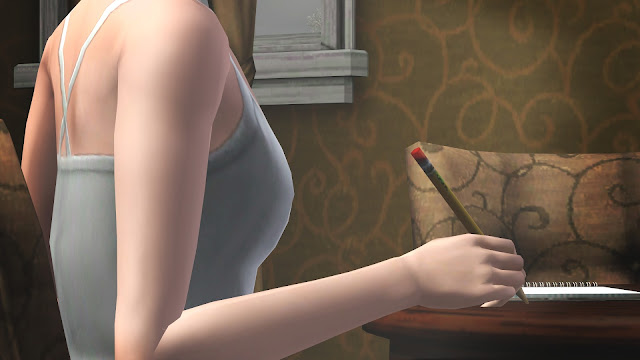 The wine in this era seems to be weaker than what I’m used to, yet at the same time giving the usual effects.
Perhaps they’ve grown better at hiding the taste?
I do think I might regret this come the morrow.
Ah well, it makes me feel… nostalgic. 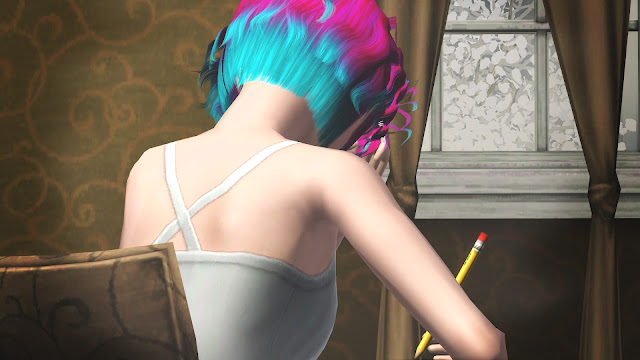 Yes I learned that word today and I think I felt it too. I remembered stealing wine with my friends and staying up until the croning of the morning.
Are you nostalgic for anything?
I suppose I’d need to remember more to be nostalgic, but truthfully I’ve avoided it. Wine does make you honest, I suppose.
I think I remember my family, my life before, but I don’t want to confirm it. 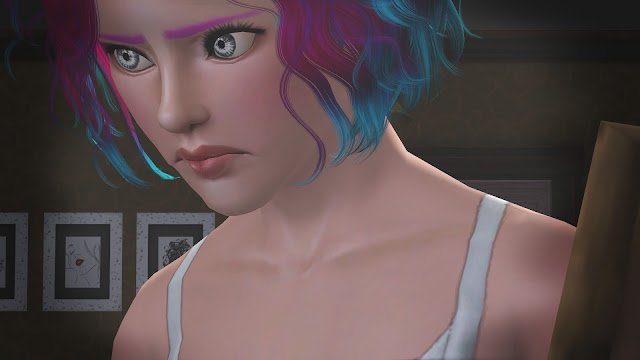 I almost don’t want to know.
I remember when Stein told me he would look up my family back in that old prison… I think I threw a near fit on him. Not that I would ever do such a thing, of course, just that I nearly did.
I want to tell you a secret but you cannot tell anyone else…
I lied.
I told Stein that I was married prior and I gave him the last name of the man I once loved. His search for a family of mine came up completely empty. 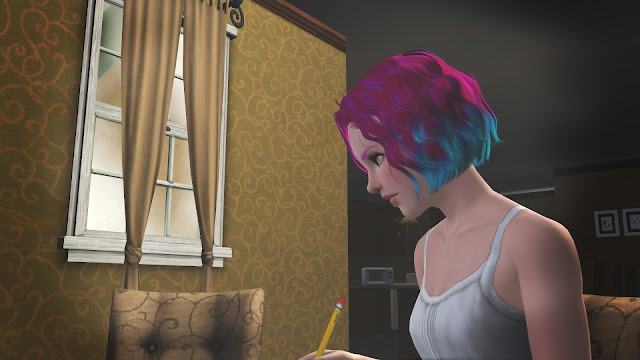 Sometimes I wonder what would’ve happened if I told him my given name, but I still am uncertain if I want to know what happened to my family.
I was taken by a monster, the most I can hope for is that the monster bid his time with me and left them in peace. Especially my love…
I don’t even think I can write his name. Speaking of him is easier, but writing makes it formal.
It makes it real.
I don’t like being forced to remember that I’ll never see him again. Erika, that doctor in the library, called it denial. 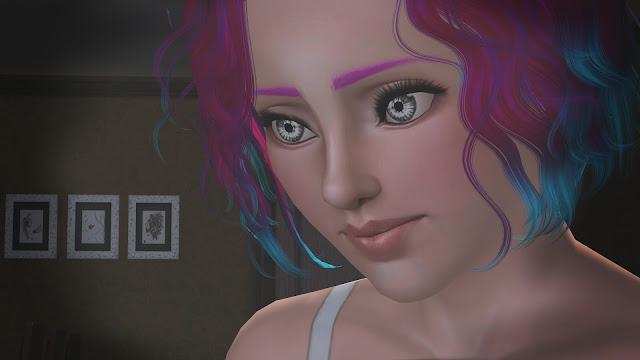 I rather think I’ll keep my denial, but you don’t need to read about this… this isn’t a’tall why I wrote you. Though now it has me wondering...
Do you have a family?
I feel terrible that I’ve never asked. 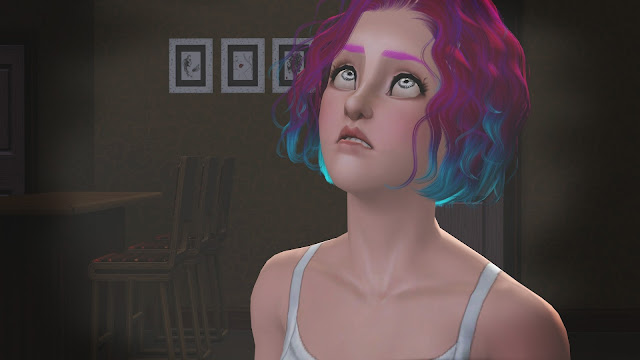 I fear I’m turning into one of those sad wine drunks… perhaps I should show a bit of humility and not send this at all, but I’ve never been one for humility.
Take care,
Sol. 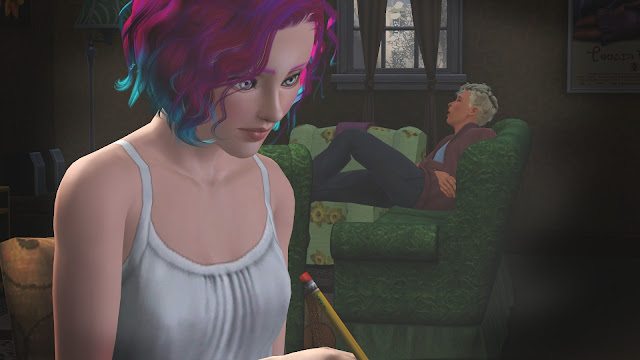 Oh, right and now I remember why I wrote… Jonnie asked about your appearance - do you maintain it with magic? Surely you do. He thought you might look like an old man otherwise which I told him would be ridiculous with that amount of magic! Alright, I’m really sending this, this time!