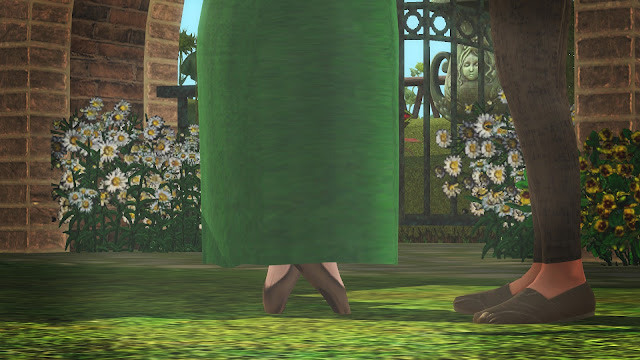 I smile at my Jack with pride, “yes well, it is if I do it incorrectly, but I won’t.”
“If you’re certain, my lady.” He smirks without looking at me, and I’m tempted to swat at him, but I have to focus on keeping my balance instead. I can feel my weight on the top of my toes pressing down against the wood in my shoes for support. 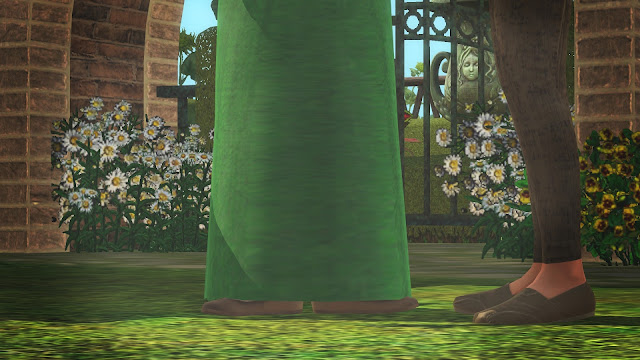 I lower myself back down onto my feet. Exhale. Raise up to my toes again. Inhale. I move up and down with my hand leaning on Jack’s arm for support. 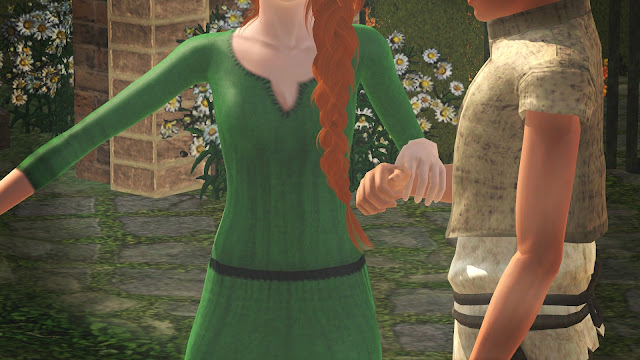 We’re young here. I feel it. I feel the unspoken things between us. I can’t be more than fifteen or sixteen summers, home only between rotations at my boarding school.
Jack is taller than before, and I admire him for longer, making me lose concentration on my exercises. 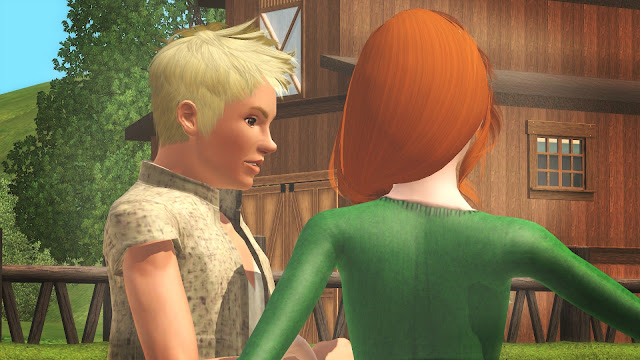 I lower myself onto my heel. Exhale. I sneak a glance at Jack.
He’s sneaking a glance at me.
We both look away. 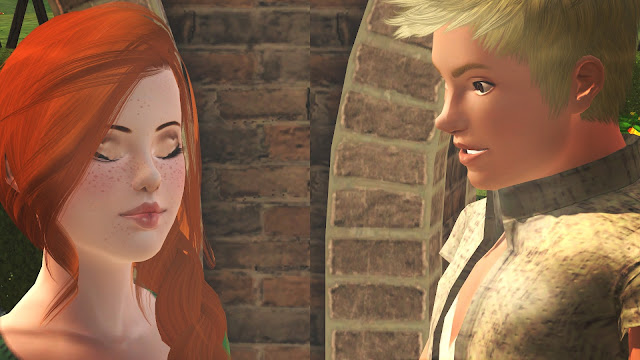 My cheeks are burning.
I go to rise up once more and I can feel my ankle shake, so I lean harder onto Jack’s arm, yet his arm doesn’t move in reaction. He’s gotten stronger, too.
“Are you alright, Ana?” He uses my name and my cheeks flush, his do too as he knows he spoke hastily. 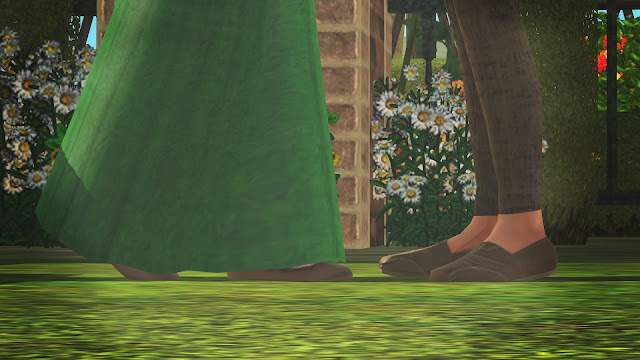 My ankle continues to shake until it gives, but Jack has already caught me before I can fall forward.
I groan with frustration. “Stupid foot! I won’t get any better if you don’t start cooperating!”
“You have been working at this for quite some time, you should give your feet a rest so they can grow stronger.” Jack’s voice is so much softer, I honestly expected him to tease me. 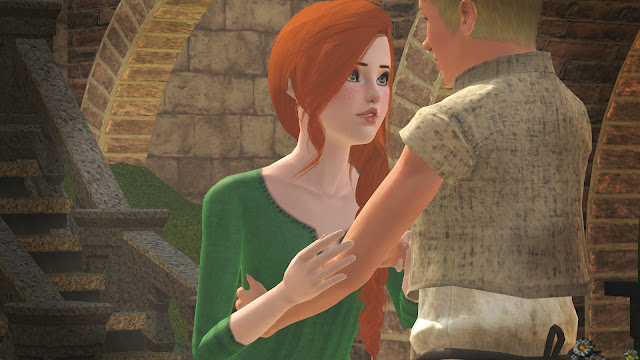 It almost hadn’t even registered that he was telling me to stop practicing for the day and I finally scowled.
“Stopping won’t make me better!”
“Hurting yourself won’t either.” He said it back simply and I had no choice but to relent. 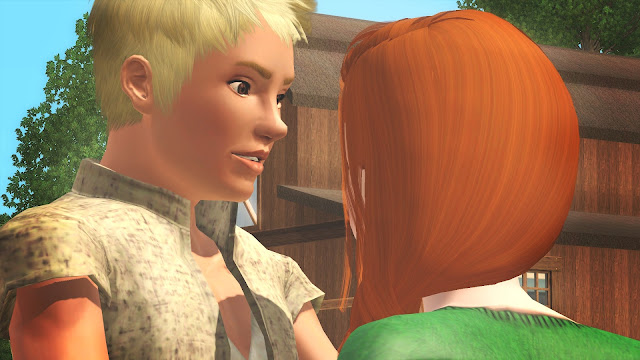 I sigh, “you’re right.”
“Don’t be so down, my lady, you practice everyday. With determination like yours I know with certainty you’ll see improvement where you want. You’re already very graceful.” Jack was trying to cheer me up, and I have to admit it was working. 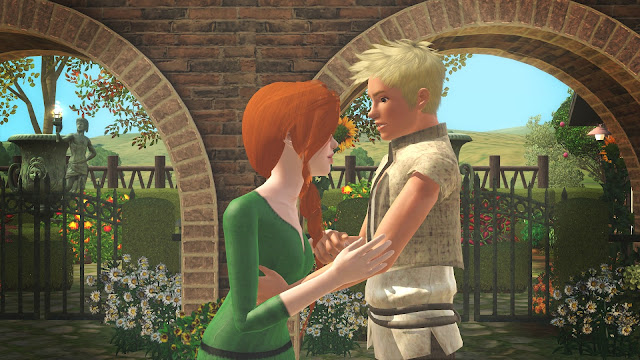 I make a face at him, “you’re just saying that to make me feel better.” 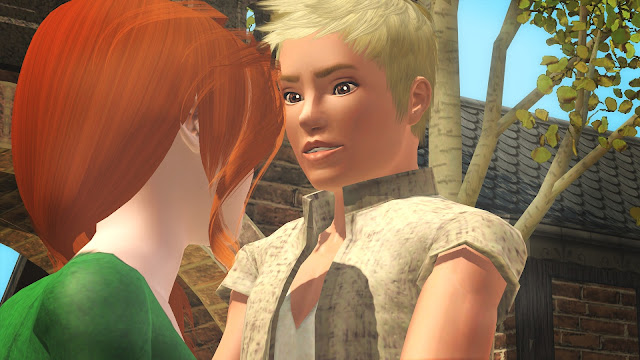 “No.” He shook his head genuinely, his eyes shining. “I’m saying it because it’s true.” 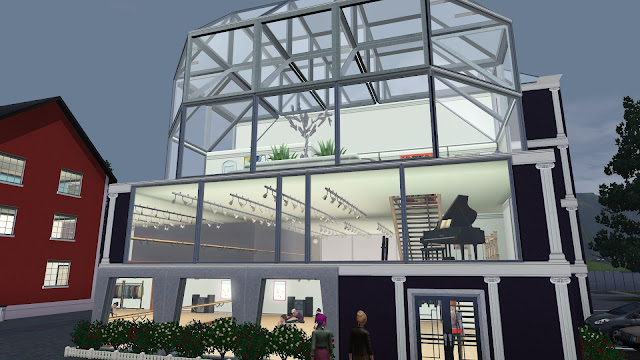 The dance studio was bigger than Soliana expected: a mighty glass and stone building that intimidated her as she stood in its shadow. 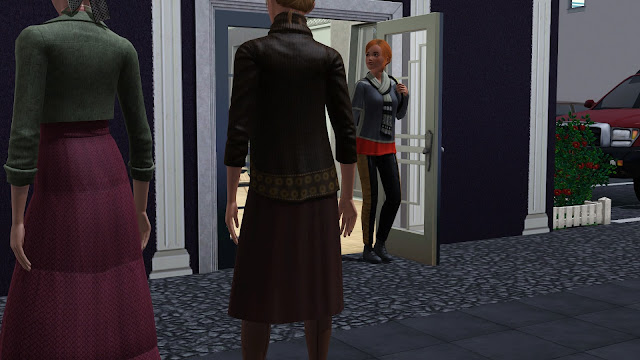 Going in was even more intimidating. This was not at all how she danced when she was younger.
Younger seemed like such a relative term. On the one hand it was merely a year ago, if that, had she not been put to sleep for… 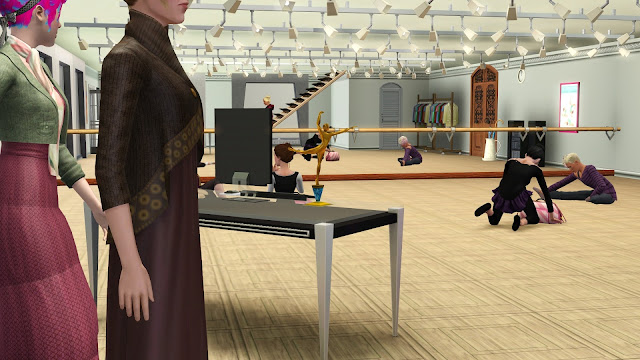 She didn’t want to think about it. Dancers had packed their things and were exiting the building through the front, walking past her where she stood. Some were still bent over their things, and there was one who didn't seem to be leaving; he spared her a glance as she came in, yet he went back to stretching. 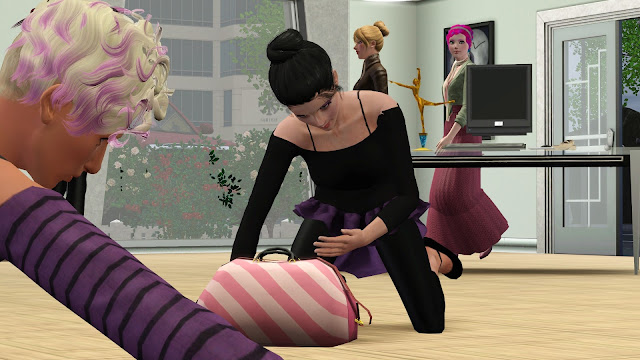 Chrysanthemum was behind her and that boosted her confidence a little.
“Can I help you?” One of the girls who had packed up approached, her blond hair neatly tucked into a bun. 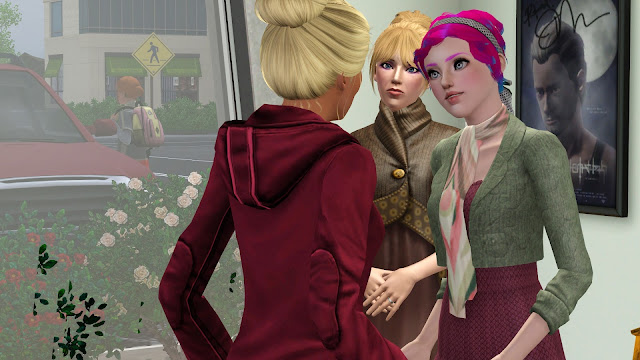 Soliana had expressed that she wanted to try and speak for herself, yet Chrysanthemum hovered in earshot behind her, seemingly ready to jump in if she were needed. “Yes I… I’m a dancer and… I just…” She turned and exchanged a look with Chrysanthemum who smiled at her. “I just… moved here recently?” Chrysanthemum nodded, encouraging her on. “I was wondering if I could-” 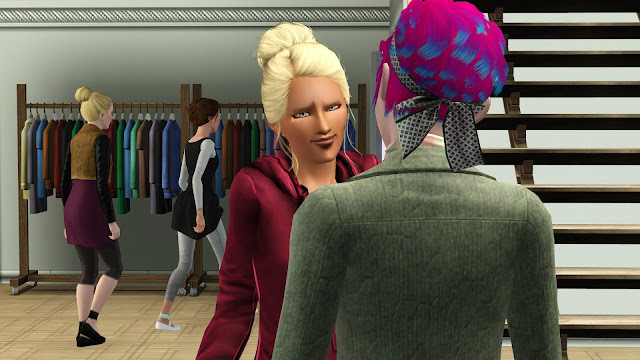 “Our tryouts have already happened.” The woman responded, almost curtly. Her posture read that she was vaguely annoyed and Soliana’s patience was egging her on to match.
“I’ve been dancing since I was little… I-” 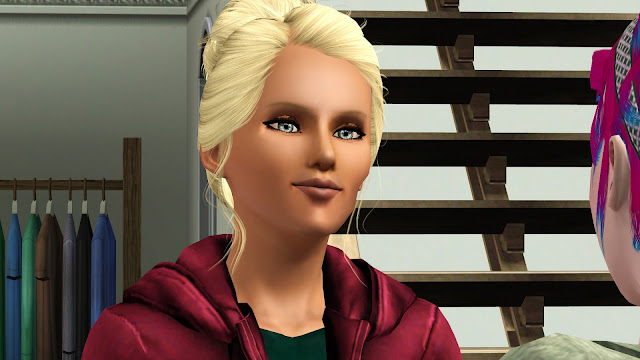 “We don’t accept outsiders. We’re professionals here. We need to know that you can dance before we’d just let you in.” The woman’s face pushed on a fake smile that reminded Soliana of the nurses back in the prison she left most recently.
She clenched her fists, yet tried to keep her composure, but it was Chrysanthemum who spoke. “Is there no way she can dance, at all?” 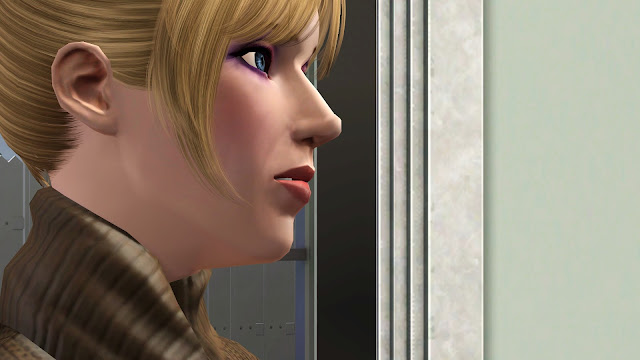 The woman pursed her lips. “Well, we have children’s classes on Wednesdays she’s welcome to join in on, but I’m afraid until tryouts next year there’s nothing we can do.”
Soliana steamed at this response.
“Do you have the appropriate wear? The pointe shoes?” The woman looked at her incredulously. 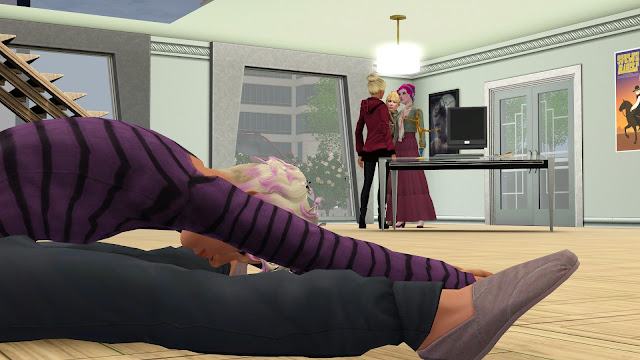 “Ah, buzz-off, Jeanette.” The voice came from behind her - the man stretching in the corner. “The only person who likes hearing you talk is you.”
This made Jeanette whip around, her own fists, clenched. “No one asked you, Jonnie!”
Soliana snickered slightly, but it was Chrysanthemum who spoke, her eyes squinting slightly. “Jonnie, dear, is that you?” 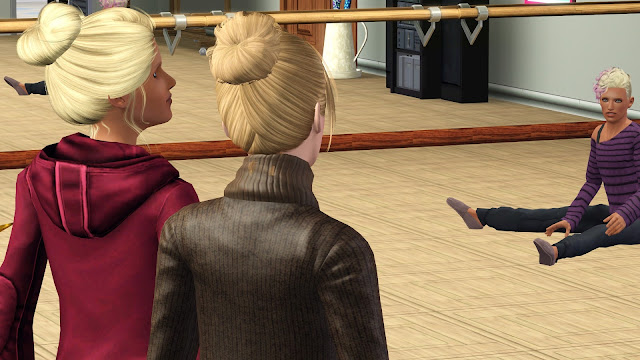 Jeanette used this time to slink out the door, away from Soliana’s intense glare.
The man gave a loose wave with a bright smile. “Hey, Mrs. Svard! Where’s your husband, the bear?”
Chrysanthemum laughed, “oh he’s off to Jan’s Hardware, he dropped us off here first.”
“Ha! You couldn’t pay him to come back in here, could you?” He leaned back with a bright smile. 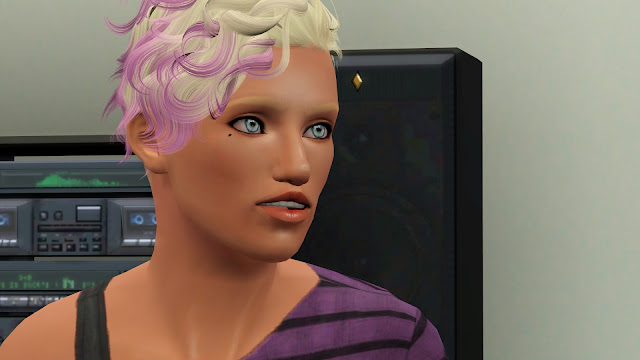 “I probably could, but I know he’d only be doing it for me.”
Jonnie finally brought himself to stand with a bounce. “Hey, you both dance a fine tango if you ask me!” He put an extra emphasis by swinging his hips with the word ‘fine.’ “Now you said you’re a dancer, sweet-?” He stopped suddenly as he got a good look at Soliana. “Ooh! Girl! Look at that hair! Uh! I’m jealous!” 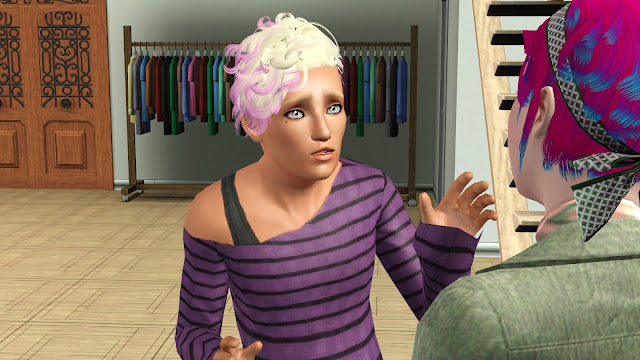 Soliana grimaced with a look up, her finger twisted into her bottom curl and she sighed. “I can’t get rid of it.”
“I’ll take it!” He raised his hand suddenly. “Gods, it’s ridiculous what a guy’s gotta do to get some decent hair dye ‘round here.”
“I was going to say you looked different, your hair was blue last time I saw you.” Chrysanthemum laughed. 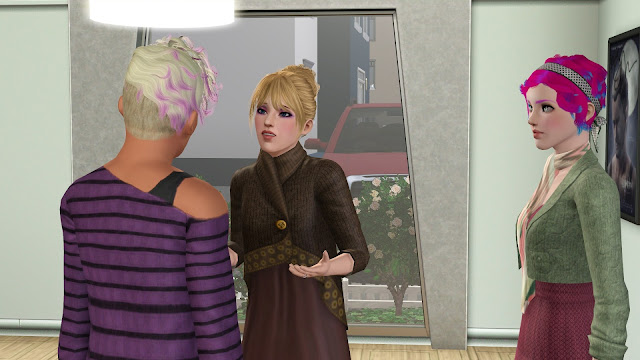 Jonnie rolled his eyes with exasperation, “oh you know what? That blue fell right out of my hair. Such a pain in my-” He cleared his throat at the last word. “But as I was saying… you - my dear - are a dancer you say? Don’t mind the bitch-brigade. They think they own the place because they’re an ensemble. The Aurora Skies Ballet.” 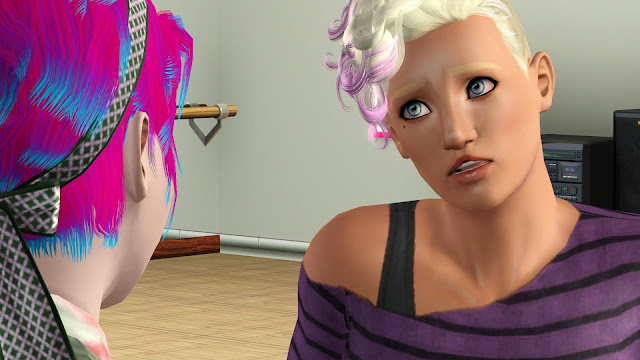 He faked a gag and his voice dropped low. “Bunch of stuck-up woo-hoos, if you know what I mean. Nah, this place is owned by Espen, and so long as you dance, he could care less what group you claim to be part of. Nice guy - lets me close the place down some nights, too.”
“This is Soliana.” Chrysanthemum put her hands on Soliana’s shoulder’s gently. “She’s been staying with us and when she told me she danced I wanted to bring her here to help her find her hobby again.” 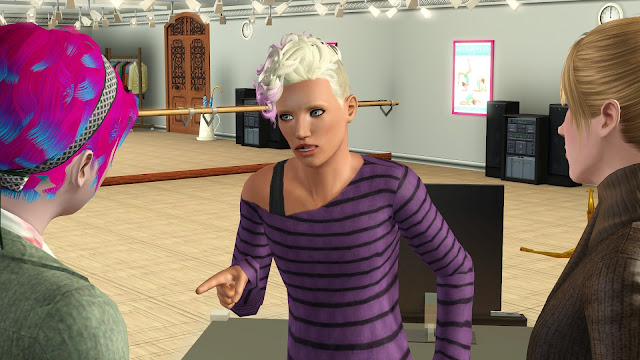 “Well you came to the right place! You’re looking at the only dancing studio in all of Aurora Skies!” Jonnie held out his arms before he smirked. “I kid, there’s a dozen more around here. Aurora Skies has become a dancing hub, believe it or not. It has everything to do with Marcus Allemand moving here to get away from people. As such, he dragged all of his business here, too.” 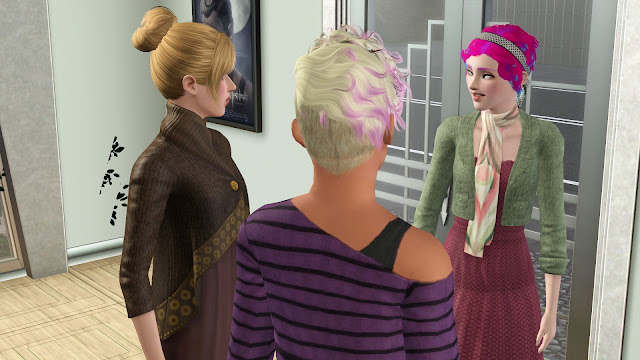 Soliana looked towards Chrysanthemum with a confused glance before taking the chance. “Uh… Marcus… Allemand?”
Jonnie’s eyebrows shot up, “only the best pointe-shoe maker this world has ever seen? Man works miracles in the form of fabric, glue, and leather. It’s miraculous, truly. Once he looks at your foot he can determine which fit and angle works best. Plus, he makes them easy to customize, which saves us all a little time. If you didn’t know him, then who were you going to?” 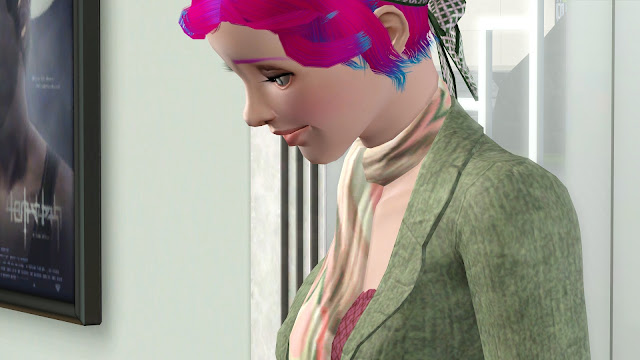 Soliana looked sheepish, “oh, right… I… usually made my own.”
Jonnie laughed loudly, “what? No! Get out of here! Mrs. Svard, you picked yourself a good lady right here! You know, I teach a bit of dance and could use some help - and some company. Sound like something you’d be interested in?” 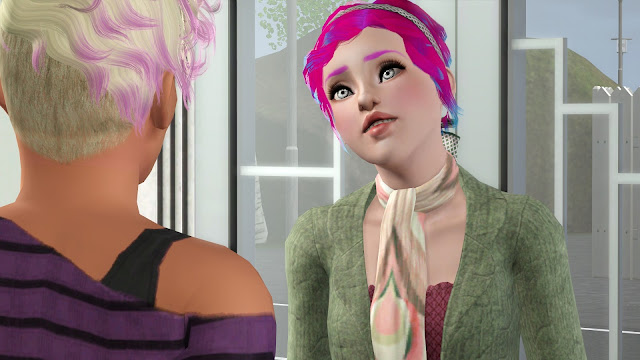 Soliana nodded, a grin spreading wide on her face. “Yes, precisely! I don’t want anything… professional, I just… I want to do something familiar.”
“Now you’re speaking my language! I’m usually in every day in the evenings, which you’re welcome to join me for. I take it you don’t have the proper shoes yet, right?” Jonnie was already walking for the stairs. “Give me one second, we keep some spares upstairs. What’s your shoe-size, honey?” 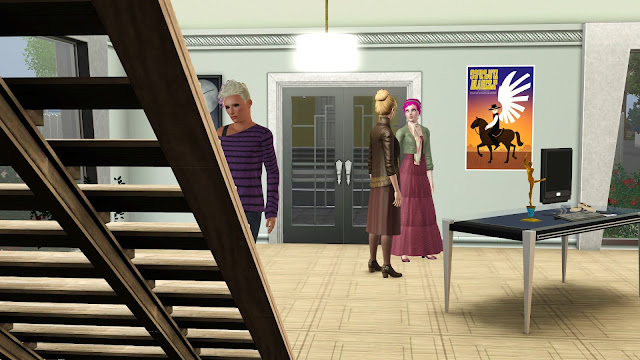 Soliana gave Chrysanthemum a wide-eyed stare. “I’m a woman’s size 8 and her feet are smaller than mine by a fair bit, so try a woman’s size 6.”
Soliana began to shed off the current shoes she wore.
If she was going to get some pieces of her life back, she had to start somewhere.